Help with a computer build

Hello tech masters! I know enough about building computers to know that I don’t know enough about manufacturers and hardware conflicts. Looking to build a dream computer, money is not a problem… within reason of course.

Looking for the following… Motherboard, multiple M2 drives with plenty of space, and a huge SSD for storage, a badass new i9 (or equivalent/better ), 128 gigs of RAM, probably a 2080 ti, and 4 monitors (going into a square, so no 3440’s x 1440’s, just normal screens). Tower and water cooling units that will fit into that tower. Sound card doesn’t need to be anything super spectacular. Just a solid sound card would be fine.

Can anyone take that and run with it? Put together a dream spec for me so I don’t end up with hardware conflicts? It would be much appreciated. Thanks!

Got a budget in mind?

Probably under 10k. Looking for a dream machine. Stupid good. That’s not a hard cap though.

You’ll have much less compatibility issues at the high end of things than you would have trying to put together a bargain PC, to be honest.

Some things to take into account when choosing a Mobo: PCIe slots, Sata slots and M2 slots and how they exclude each other. (For example most motherboards sacrifice 2 Sata connectors for 1 extra M2)

Memory: Get the highest speed rated for your motherboard, and get them as a set if at all possible.

Cooling: Unless you really want to go all-in on overclocking, water cooling is pretty much always overkill. There are more than enough good and silent CPU fans out there (I’m running a HUGE CPU fan that’s barely audible at full speed. (So much so that I hear my mechanical harddisks more than I hear that fan).

Pay some money for a good, professional backup solution, and make sure you actually do backups! (I personally use Macrium)

We can easily throw together a list of high end expensive hardware but without a real idea as to what you are planning to use this computer for it would be difficult to build something designed for that purpose.

Working in business, graphics and marketing… and of course gaming. Needs to be faster than spit. Looking for overkill, something that can last years. There won’t be any special uses. Just need a list of quality components to put together on an order. Was hoping someone followed the recent tech releases enough to say “Man, if I had no budget, I’d put these together…” and run with it.

PM me your email address, I think i have a nice thing designed in that budget.

Computers are a lot like cars. If you say you want the best money can buy, someone might pick out some Ferrari for you, but if you need to haul cargo its going to be useless for you.

If the software you are planning to run makes use of massive core counts, then you would be looking at something like the i9 X or XE series from Intel or if you’re willing to wait a bit potentially a the next iteration of the threadripper series from AMD.

For memory whether or not you need ECC memory would make a big difference in what you elect to use.

For graphics, it will also depend a ton on what you;re running. It’s possible a 2080ti is your best bet, but depending on the actual applications you’re running, a quadro or titan V may be a better option. Some applications benefit greatly from SLI while others do not benefit much at all.

If you’re are not really sure what you need, then you’re probably looking at something like a i9 9900K, or if you prefer AMD you may want to consider waiting for the AMD ryzen 3950X. 128G or memory is probably overkill, but as was previously said just get the fastest thing you can find.

For cooling, unless you have experience with custom water cooling, this is probably not the way to start. Just pick up an AIO.

I think I got everything …

PM me, my system is in that price range on the high end. And if someone has not shown you this https://pcpartpicker.com/ is a good place to start.
Beginner advice I have given folks is decide what you are going to use it for, then budget and what brand and series CPU you want to use and build from there. a
Apologies if some has said something like this and it’s redundant. To lazy tonight to read through all the posts.

I think I got everything …

Damn that is scary, that is damn close in all parts to mine.

He said buy a dream Intel system under 10k. I think I did a good job. I could have spent wayyyyy more of his money but this seemed like a nice, clean system with the redundancy NAS for backup. The 22110 drives are bleeding edge, so the choice there was limited, yet fair.

Awesome. Thanks guys. Is that close enough to your system rev? I’ll still PM you if you have suggestions.

Looks great. Only thing I’m not seeing is the M2 drive… Can I just add one in on that MB, or would I need to swap out one of the 6TB SATA drives? Can I add multiple M2’s to that build? And if so, which brand seems to be performing best?

don’t get 4 monitors, make it 3 or 6, or you wind up with a seam in the center view, best not to have that center seam. ( I use triple monitors)

If I wanted to go all out with a processor, would this one work on that motherboard? 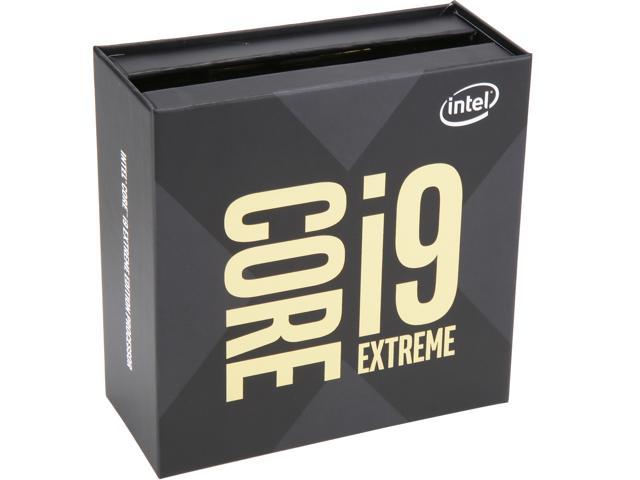 No that would require a motherboard with an X299 chipset (or technically a C422 as well if you want a more server oriented motherboard).

On a side note, the i9-9980XE will absolutely excel at workstation loads that make use of the huge core counts. The 9900K would perform significantly better in gaming and day to day desktop tasks.

So, again, it’s gotta come down to bleeding edge vs usage.