Any one else watch the Google presentation for the Stadia ? What did you all think?

I am a bit hesitant since streaming games would have to have some input latency no matter what Google says plus all the variables with ISPs, i.e throttling the service, periods of lower bandwidth, etc. Plus Google has never been shy about closing products down that they are not 100% happy with.

I guess the games will tell the final story. If all they can get is Doom and hundreds of indie games that no one really cares about, it’ll surely fail. It will be hard to overcome the pull of Sony exclusives and now PC exclusives if the Epic store model starts to get traction.

I played Assassin’s Creed Odyssey on the Stream test and it was really good. Minor input latency was hardly ever an issue. It would get a little grainy at times but solid for 62 hours of play.

I can’t get over the input lag when I stream from my gaming rig to my laptop in my own house. I can’t imagine there’s much they can do to address it when you add in the wider internet.

On the plus side apparently they aren’t just streaming from Windows boxes and the platform they built is based on Linux and Vulkan. So, if nothing else, yay for another push into Linux gaming?

It really depends on how close the rendering hardware is to you and how much noise you get on your lines. The longer the distance the more latency you will need to deal with. Also it isn’t just google going this route, steam link is going to offer the same service as is google Stadia. There’s also a startup that is doing the same blade shadow.

google and steam are large enough to have hardware all over but i think locations will be limited for blade shadow.

Yeah, my connection could be biased. 400Mbps cable and switched, wired, gig ethernet at home. Steamlink is great on any TV in the house.

5g wi-fi in the house, steamlink works alright but it tends to crash every hour or 2 for some reason.

Also, Stadia is looking to overcome input lag by wifi enabling the included controller so it runs direct to the game server parallel to the stream connection.

nVidia and Radeon look on with trepidation…or making plans to develop cards for Google’s hardware.

I’ve tried some of the other streaming services in the past and they worked fine for the most part… depends on how reliable your provider is… unless Google is going to lay wire directly to your home I don’t know how they can guarantee anything.

nVidia and Radeon look on with trepidation…or making plans to develop cards for Google’s hardware.

I love knowing my “boss” doesn’t read so good …

“According to Google, each Stadia server will contain a custom x86 processor running at 2.7GHz, 16GB of RAM, and most importantly a custom AMD GPU capable of 10.7 teraflops of performance”

The concept of this sounds amazing and revolutionary. It could possibly eliminate all consoles and the need for costly graphics card in client PC. Everything runs in the cloud and your client device basically only has to have an internet connection, keyboard/mouse/controller function, and a basic graphics capability (like a $150 graphics card). And a subscription to the service, at least i hope it turns into a simple subscription service that will allow me to play any game the subscription service offers. I hope we dont have to pay $60 per game anymore.
The one question I have is will it support games we already own from other services like steam, epic, etc… and physical media?
Still probably need to wait for the actual launch and more details, but this sounds amazing to me.

The one question I have is will it support games we already own from other services like steam, epic, etc… and physical media?

Most likely no. Part of the presentation mentioned that they needed partners to develop for the platform. This means legacy software will probably not run on it; most certainly not anything from your machine.

Your mistake is assuming I read anything lol. I just skim and spout nonsense! I’m not interested in your “facts” and “logic.”

So, essentially, this guy: 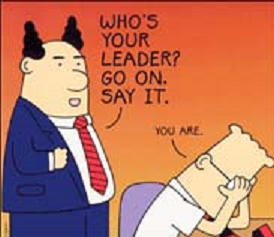 Found some detailed stats … Google Stadia will be powered by the following specifications:

I was a beta tester for Project Stream which is now branded as Stadia. I was shocked at how well it performed. I could not tell in any way that I was playing through a cloud service. The game was the latest Assasin’s Creed which was…meh. It loaded quicker than a local game and I didn’t ever see any latency. There was of course intermittent outages which would mean you lose access to everything. Granted there was limited beta so the servers were probably not at peak capacity but overall the experience was great.

@Goremoon Who is your internet provider and what are your up/down speeds?

I didn’t watch the Stadia presentation — but some of my coworkers have been trying basically every streaming game option they could find and I was impressed seeing how well they played. It was their experiences that helped me with what was to come.

A few weeks later my gaming laptop started having issues and while I wait for a replacement part – I fired up an old as crap backup laptop and subscribed to Shadow PC. I really can’t tell the difference between playing direct on my proper laptop and the streaming service – aside from the screen on my backup laptop blows. =) So far I’ve played FFXIV, BDO, Anthem, and a bit of Division 2 on it and … yeah … I’d be hard pressed to tell the difference between playing it local and remote. (Note: Shadow gives you a full desktop rather than streaming a specific game)

There are times when I seriously think to myself I could buy a cheap laptop with a good screen and stick with this streaming service. However, there are a few reasons why I am not quite ready to do something like that. The biggest being – if I lose network for an extended period of time I wouldn’t even be able to play any single player offline games. There’s also an element of “I just don’t trust it to be my main thing” stubbornness.

Now – mind you – I have gigabit to the house, and I run wired to my laptop, gigabit the whole way through. So probably rather optimal for such things. I haven’t tried it on wireless. I also don’t really play games that require twitch reflexes so I can’t vouch for it under those type games.

All in all though – I am very impressed with the technology, especially since I was super skeptical about it!

There are times when I seriously think to myself I could buy a cheap laptop with a good screen and stick with this streaming service.

Their idea is for you to grab a Chromebook and run it. Seems legit.