Worth a read. Not without issues but worth the read. 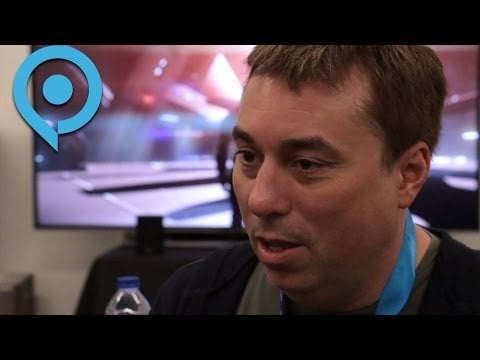 I am content to wait till it is released. I have other games to play in the meantime, like too many actually.

I hear you.
I am spending lots of time testing SC, but I am having fun playing games like Battletech, Divinity 2, Ark, Conan Exiles, and others that I have installed and only started.

Battletech is a lot of fun, finished the storyline a few days ago.

Isn’t Chris Roberts, formerly of Origin Interactive, involved in this game? He made my favourite space flight sim growing up. Wing Commander was the best. Mark Hamel as Christopher Blair. John Ryss Davies as Paladin. What’s his name, Biff from Back to the Future, was Maniac. It was awesome.

Yes that is the same Chris Roberts.
And Mark Hamil is also in this production as the main character’s mentor and supervisor.

Wing Commander/Privateer was the main reason I have heavily backed this project.

Cyberpunk 2077, Fallout 76, Skull and Bones, Assassin’s Creed Odessy, my schedule is booked. SC isn’t even on my desktop, not downloaded it in over a year. I’m good

Same here, when its done I’ll load it up again.

@Kelryth That is the reason why I became a backer for Star Citizen also.

Fallout76 looks insane good! The idea of dropping nukes on another community is just exciting and sounds fun.

Not much of an AC fan, was always far too repetitive for me to get more than halfway into any of them. Forced my way through the 3rd one I think, and then had more than enough.

Not familiar with the other ones you listed, guess I can go check those out now too

Cyberpunk 2077 has viewers of the closed game play gushing about it. That looks to be the killer game of 2018 or whenever it comes out. FO76 I am not too enthused about, although I have to say that dropping nukes on your neighbors is pretty cool game play.
I am really excited about ES6, but that is probably years down the road, so not sure why they even bothered to mention it, other than everyone has been asking about it, so maybe just to say yeah we are looking at pre-preproduction to get the fans off their backs. Silly rabbits, fans are made for backs.

CP2k77 is my game, been tracking it for 5 years, played the PnP for 30 years now, huge fan of Mike, etc. Super excited.

F76 is the first fallout I won’t be buying. I don’t know who decided that the best thing to do to the Fallout franchise is take out all of the NPCs, all of the interaction, reduce the settlement size, and make it PvP, but I’ll pass. Long after release they’ll add mod support and private servers, so I’ll wait a year and get it 1/2 off on Steam, with all DLCs and such.

Yeah CP sounds like it is going to be crazy good. Can’t wait to get lost in Night City.

i can’t wait to SEE Night City, having run around in it for the better part of 30 years now. 76 is likely a pass, unless there are private servers, and even then I may wait till a steam sale.

To me that was rather indicative of the vendors.

Bethesda looked at everything we loved about Fallout, threw it all away and made it a battleground because that’s what the market is doing. Annoying. And for those who don’t think it’s a battleground, it has minimal content, minimal building, and dozens of other players in the same area…it’s Fallout Fortnite.

As I understood it they are not removing ALL of the NPCs, they are adding multiplayer to what is already Fallout.
But I only saw a couple of vids about it so I could be wrong.
AND it isn’t all about PvP, you can decide to make it PVE with you and a few friends building a community.
THis is exactly what Fallout needed to give it a boost into the survival trend of games today.

Todd pointedly said, no humans in the game that are not other players. Beasts, robots, and holotapes, that’s it.

Can’t build communities, you can only build tiny houses that disappear when you log out. Again, straight from Todd.

@macallen, I’m confused as to which game you are talking about Mac. Star Citizen or Fallout or CDPR? If Star Citizen, and Todd Papy, yeah, I think I remember that. Maybe they are considering just allowing a person to play an alt on a ship at the skill level of the alt to (1) get people to buy more packages (I think I have 6) and (2) to allow people to group but play at the statistics of the toon they are remotely controlling so that a shoddily crewed ship (i.e. crewed with poor fighters, poor engineers, etc.) doesn’t become a terror on the spaceways when incredibly good players remote into a friend’s ship.

Fallout 76, Todd whateverhisnameis, the head of Bethesda. He did multiple speeches and interviews that were very informative and laid it all out. “What did you like about Fallout 4? Excellent, we took all of that out and made it a Battleground because that’s all the rage!”