I ran across this article called: WoW Factor: So let’s talk about World of Warcraft’s Evoker

There are some interesting points made, but I had to laugh when I started reading the comments. As usual someone employed comedy into the comments and I’ve not stopped giggling about it. So I find humor in just about everything these days (its good for the soul too).

But I thought I’d share this to give you a giggle, plus offer up the link to the article where I found it. 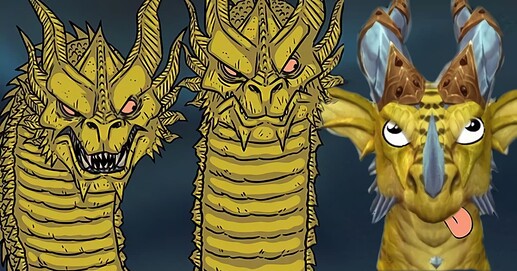 I look forward to the first Caster Class added to the game since WoW launched in 2004.

I do think they could have easily added in a Tank spec, use the 4 legged Dragonkin Skin model.

Brilliant! Macneel, why don’t you make that suggestion to them. Who knows, they may already be thinking about a tank class using the Black Dragon, which was not included in the introduction of this new class.

I’ve made what I felt were sensible suggestions over the years, and even though I never get notified they even read them, I have seen some things that resembled my suggestions, even a little bit. So perhaps I am not the only one presenting those suggestion and they noticed it over all.