So, while waiting on the WoT week-long monthly “Frontline” mode to start on Monday, I decided to give WoWs a look over the weekend, especially since I saw it had PvE modes.

I had good fun in the Co-Op Battle mode (PvE) and also enjoyed the low tier Random Battle (PvP) mode. When I got my account to level 8, I got a notification that I was now eligible for the Operations mode (In the wiki it’s listed as Scenarios, but it seemed like in the game UI it’s Operations, but maybe because there is an “Operation of the Week” that one can queue for solo, don’t need a pre-formed group ?).

Anyway, the current Operation of the Week is “Operation: Killer Whale”, which is tuned for Tier 6 ships only. Not having one, I had to wait until I acquired one, which also resulted in my receiving the Premium British battleship, Warspite, along with a 10-point Commander, courtesy of being enrolled in the Referral Program (thank you, @thesuperles ). I looked up where to put my Commander points on shipcomrade.com, there was one Commander build that was voted significantly higher than the others, so I just went with that one. 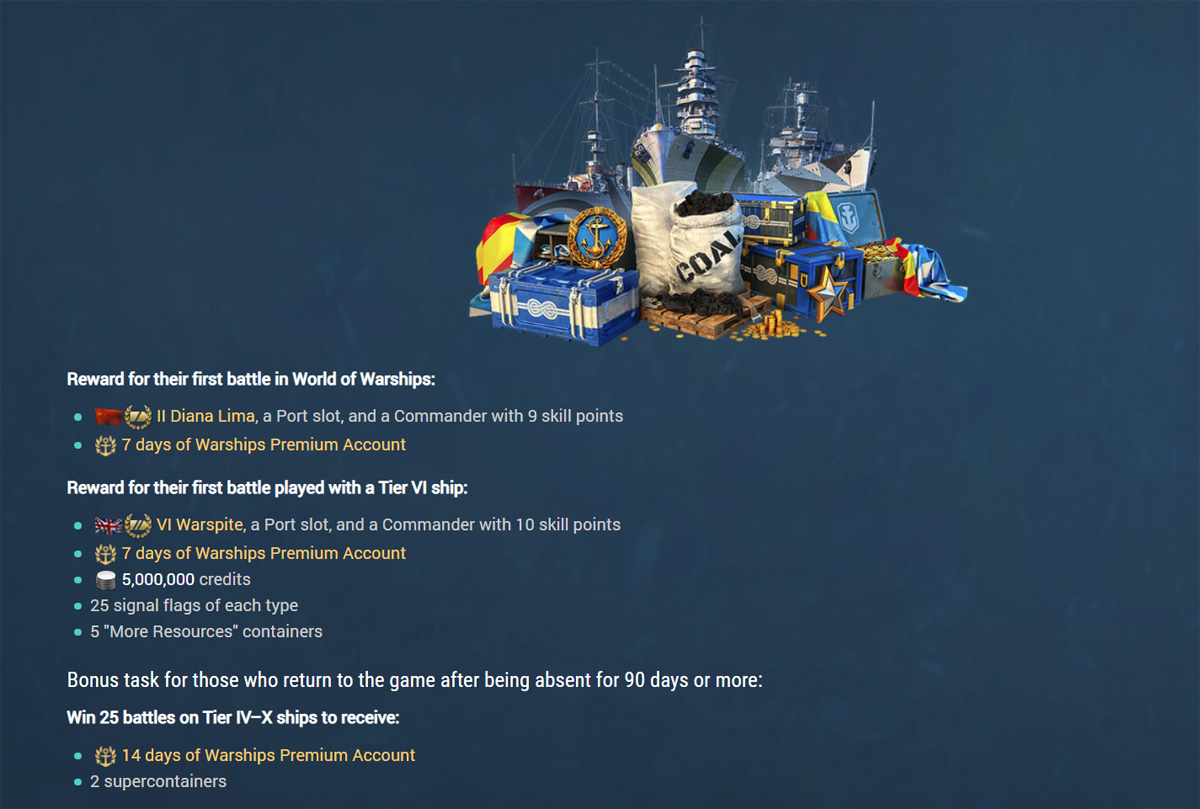 Took the Warspite out for a spin in a Co-Op Battle, was good fun, so I then queued up with it for the Operation of the Week … while in Random Battle matches some folks will end up ranting, just like in WoT, but I’ve only had chill experiences in Co-Op Battle so was hoping that would carry over to the other PvE mode. When I spawned in, I saw our team had one carrier, my battleship, and the rest of the team were cruisers … I immediately felt like I had overdressed for the party in my BB.

Not to worry, this is WoWs PvE, all the talk was about achieving the objectives, once we accomplished one and another objective would appear, the team methodically worked their way through it. Being slower, it seemed like the cruisers and the carrier basically carried me through, but towards the end when one of the enemy reinforcement groups moved to block our exit I was able to engage, and I think draw their focus, as the team took them out. I finished at about a third health remaining, had a good time.

I was surprised when the rewards rolled in, how lucrative it is to run the Operation of the Week. My biggest surprise was that I had a new 10-point German Commander! A little research indicates that for an account’s completion of an Operation, you get a one-time reward for each star tier you complete: 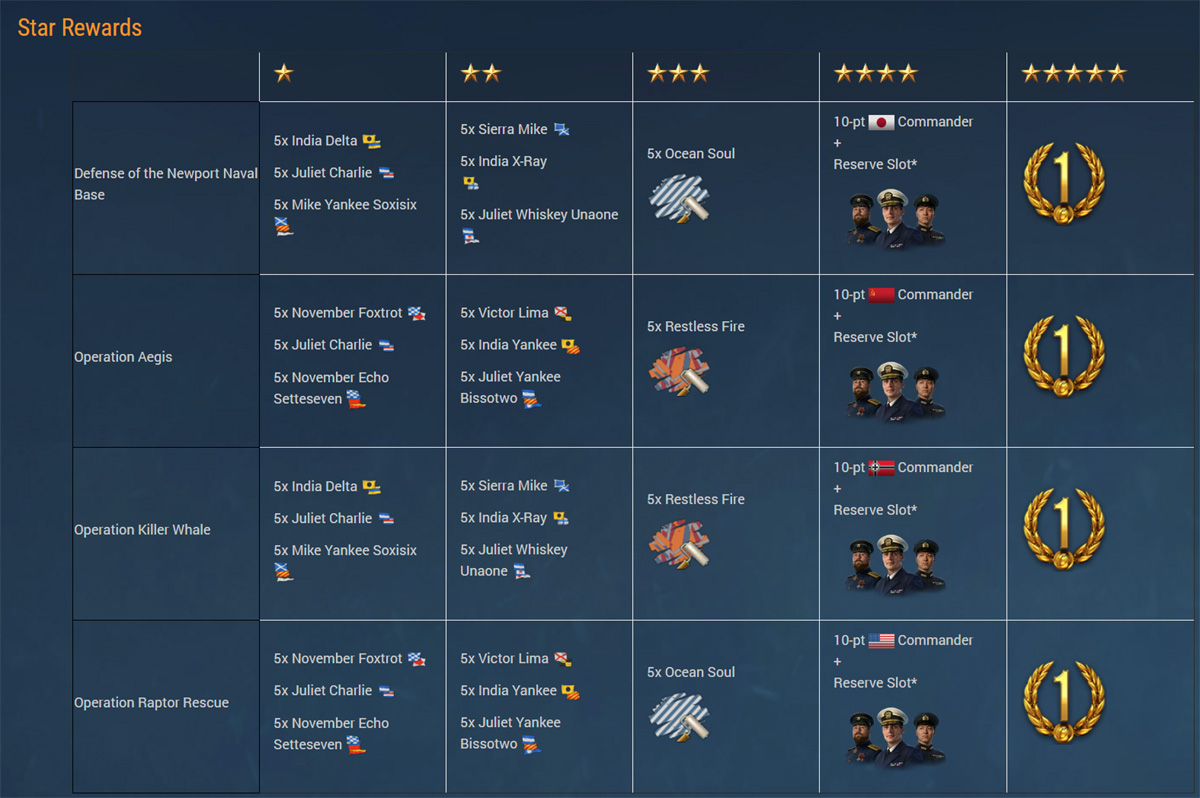 Now you have to get a decent German ship! Glad you’re having fun!

Looks like this week’s 4-star reward is generous experience … well, the one time account reward for stars, above what appears to be normal lucrative Operation rewards. I will definitely be keeping an eye on the weekly “Operation of the Week” until I get all the 10-point Commanders.