Even more physical and digital keepsakes 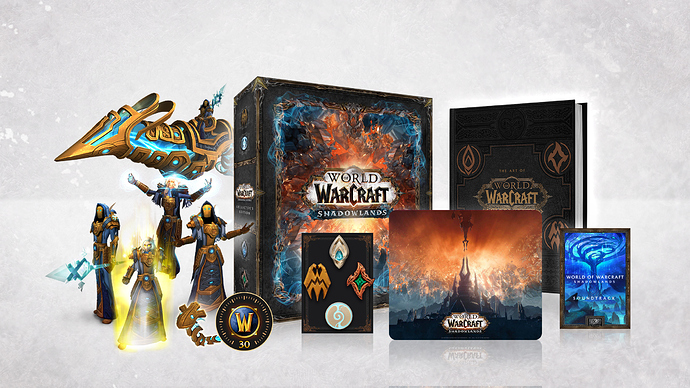 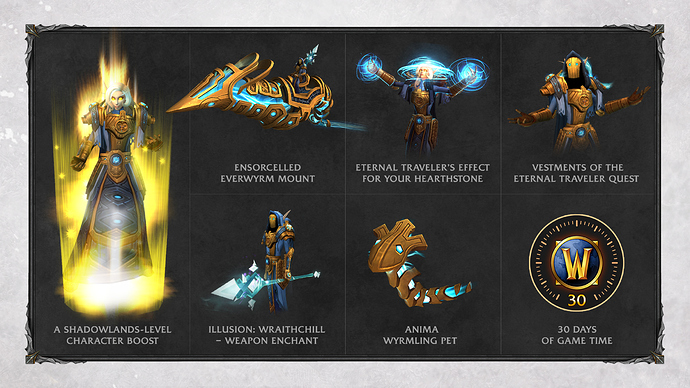 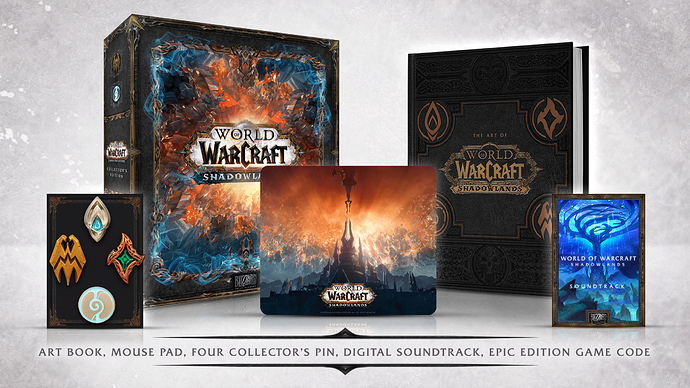 I have mine pre-ordered

Who else is getting it?

@Kelryth thanks for sharing! I ordered mine the second day it was available.

Excellent! It’s going to be a fun ride. I love new expacs, but pretty much suck at them.

I’ve got every Collector’s Edition since Cata

I love CE’s especially if they have Soundtracks with them. the BFA soundtrack was very awesome, it was in 48khz 24bit .wav files. Very high quality Lossless format. I hope Shadowlands is released in a similar fashion. 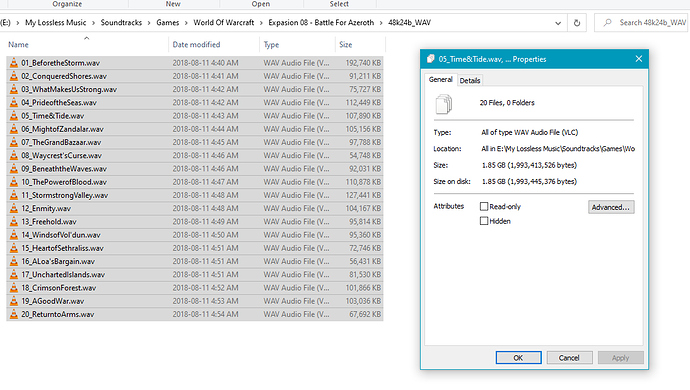 All 4 retailers are still up.

@Kelryth, thanks for the updates!

I just went with the standard electronic epic edition. Since I am not really all that interested in collecting memorabilia, unless its clay art by artists I like, most anything else ends up collecting dust and never to be used/seen again until my next cleaning out cycle.

Anyway, I have gone back to watch the Shadowlands trailer and noticed something in the very beginning where Ice Crown comes into view. Does anyone else see a resemblance of the Ice Crown citadel to the Gothic edifice, Ciith Ungol from The Two Towers, in Lord of the Rings?

I remember that scene in the Two Towers where Gollum, Frodo and Sam arrive at Cirith Ungol. I thought that Peter Jackson and his team did a wonderful job setting that drama up cinematically. I was very impressed. And I still remember it to this day which brought it forcefully to mind when I watched the Shadowlands trailer again.