What's in YOUR Fleet?

I am looking mainly at a support role.

you should be able to…
odd.

There’s no pencil icon for me to click on. My guess is that I made the post and then they changed my status to correspond to staff rank and that made me look like a different person for editing purposes.

There’s no pencil icon for me to click on. My guess is that I made the post and then they changed my status to correspond to staff rank and that made me look like a different person for editing purposes.

That shouldn’t change anything. Make sure you’re looking along the bottom and not for the pen in the upper right (I confuse the 2 at times!). If that doesn’t help, let me know and we’ll get it looked into.

I am looking along the bottom. I see it in my other recent posts, but not the one with my fleet list from earlier.

I am looking along the bottom. I see it in my other recent posts, but not the one with my fleet list from earlier.

One more question! Did you try the … next to the Reply arrow?

For most users, the ability to edit their own post is on a timer. I forget what, exactly…20-30 minutes I think. Neph is an Officer, but her ability to edit posts is limited to Membership Category stuff…so not in Star Citizen. Hope that clears things up.

Ooooh, I forgot about that! Good catch! <3 our mods!

Actually, I can edit my other SC posts long after, so my guess is back to things changing when my perms were reset.

A post can only by edited bu the author for 60 days after it has been created. After 60 days you will no longer be able to edit the post.

It appears I was a bit off on my timing.

Well, since this new forum does not allow us to edit our posts after 30 minutes or days or whatever…I have to add a new post with my latest changes.

Here is my fleet after updating my Exploration pack to the new one and swapping the bomber pack for the crisis pack:

I’ve given up updating this and just keep Toruk’s sheet updated. That seems to make more sense, at least to me. Otherwise, just assume I bought it…whatever it was.

haha yeah I should go update that

Well first off hi…I’m a new OTG member…well I guess actually I’m still in the application process. However I applied for Albion Online and just happened to notice a Star Citizen thread so I figured I’d give it a look.

Currently I’m in another organization in Star Citizen but if things work out I may be inclined to make a change.

Welcome to the Old Folks home!

Now that I am done making changes to my small fleet for the time being, time to post it up. My fleet is pretty modest compared to some collections here, and it’s all good. I got just enough for me to be well enough off from the start. I’m definitely going to be participating in exploration, mining and combat in the beginning; looking to branch out into shipping, racing and salvaging later on. 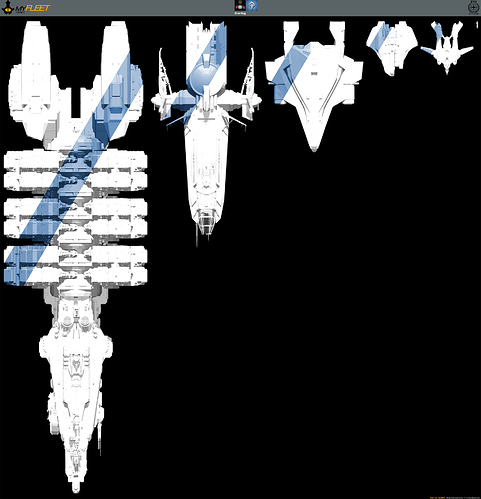 I’ve only made one change to my fleet and that was upgrading my Tumbril Cyclone to an Arrow.

Here is my humble little fleet. Got concierge and I’m done.

With LTI on all and brought to you by Poor Impuse Control™:

Once Command and Control systems are in, my master plan is to have an exploration/trading fleet comprised of the 890 Jump (for command), Idris-P / Polaris / Hammerhead for defense, Carrack or Endeavor for exploration, and Hull-D / Banu Merchantman for trade goods. Depending on final specs, the Polaris and Idris-P would carry the F8C Lightning, Sabre, F7C-S Super Hornet, and (ideally) the Warden. How I’m going to fund that…not a clue.