We will never forget you!

This is a place to remember old MMO’s that have died. Leave a video and/or leave an anecdote.

COH was a great game I really miss

I almost ditched this instead of archiving it.
From my CoH days. I even went to the consulate
in my city, to get them to approve of the look.

Each of us in the group represented a different country
coming to Atlas. It was a mostly old timers group too.
46 of us even managed to come together for a meetup,
that was not virtual. Was a great time and most stumbled
out of the bar, where we had our gathering.

Special recognition from NCsoft came for GH
in a few way. Two Atlas Park location badges, one
for a group and one for an individual were awarded.
A lot of beta perks and inclusions, and so on.

I had a great time with some great people.
Now to dig up some Earth and Beyond stuff from my archive.

Earth & Beyond was my first mmo. I started in beta and wasn’t sure about a game requiring a subscription. But I was hooked. I was introduced to a guild called Guardians of Light. OTG kind of reminded me of GOL and that’s why I joined otg. Eve online was in beta I think when EA murdered E&B. ruddy bastards.

The fondest memory I have of CoH is my favourite Author bringing a character of my favourite series of hers into the game and writing quests around her. Mercedes Lackey. Unfortunately I lost all my screenshots from it as well.

Well. Darn.
I could not find zero of my earth and beyond screens or data.
Jenquai stealth mining, is forgotten by all but myself.

It was my introductions to MMO’s and MMO teams. Before
that, it was just competitive CS and CoD (the original WWII one).
Still kinna amusing that one of the main reasons E&B was killed was
not found out until years later. EA wanted people to rebuy new games
every two months, not pay for new content with a monthly fee.

It was fun while it lasted. The group i played with did have a
Planetside chapter… and thus, moved there next.

While it never had a major OTG population, it seems that Marvel Heroes is destined to be the last online game I will likely play in my life. The comic book nerd in me was in my element…it’s closing in Nov of 2017 just took away my thrill of gaming. 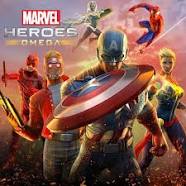 You might be happy to know that there’s a secret “AVENGERS PROJECT” in the works, that sounds like it could be an AVENGERS MMO. It’s really hush-hush right now, but if you do a search in google for “AVENGERS PROJECT” you’ll find some of the announce articles and fan speculation on what it’s gonna be.