I got forced into buying a GPU during the height of the great COVID GPU drought. And on the 94th try I actually got the opportunity to buy an ASRock 6900XT Phantom OC. It was not only NOT a manufacturer I would EVER have bought from but I was also not looking to go AMD at the time. Regardless the GPU has been amazing. However I did desperately need a new gpu as my GTX 1080 was literally dying and I GLADLY paid the Covid tax to Newegg. So I would like the card to last a LONG time. I notice in some games the air temp getting into the high 70’s and low to mid 80’s at times so I have been thinking about water cooling it. I have found only one water block for it https://www.amazon.com/dp/B094CZ9M12/?coliid=I1DMI7EDRA38Z6&colid=LRVQYBAL152J&psc=1&ref_=lv_ov_lig_dp_it. The case its going in has PLENTY of room for any radiator I want and any fan configuration. I would rather go overboard on the reservoir size but not even sure that makes a difference. Any suggestions? I SHOULD NOTE I DO NOT NEED CPU COOLING ALREADY HAVE THE CPU WATERCOOLED,

If this is your first time ever, I highly suggest getting a kit rather than buying 1 off pieces. Something like the corsair hydro x line is fairly user friendly. General rule of thumb is between a 120mm to 240mm per component you want to cool. So a CPU and GPU would be 240mm (1x 120mm fans) minimum (I personally wouldn’t go less than 2x 240mm). I personally run a 2 360mm radiators in mine but that was overkill and I already had them so I used them.

When it comes to water blocks for your video card, they do not all use the same board layout. You will need to make sure the specific video card you purchase is compatible with the waterblock.

I dont need cpu cooling…JUST GPU. and there is no kit for my card. I should have specified that.

im fine with my Corsair iCUE H150i Elite Capellix Liquid CPU Cooler cpu cooler. So i will just be going with a custom loop for the gpu at this point. Yes i am aware of the uniqueness of the pcb board which is why i posted the board i had found as the only part i was sure on and why i cant use a ready made kit sadly.

If there’s no kit for your card, and you’ve never completely stripped/repasted/rebuilt a video card, then frankly, don’t do it. Putting water cooling on a GPU is not just sticking a block on like with a CPU

I saw you were worried about temps hitting 80’s. On modern videocards that’s actually not abnormal, and mostly caused by the fan profiles that come with the cards.

As an example: Most MSI cards the fans don’t even kick in before the GPU hits 63C.

What I personally use for my fancontrols is this: 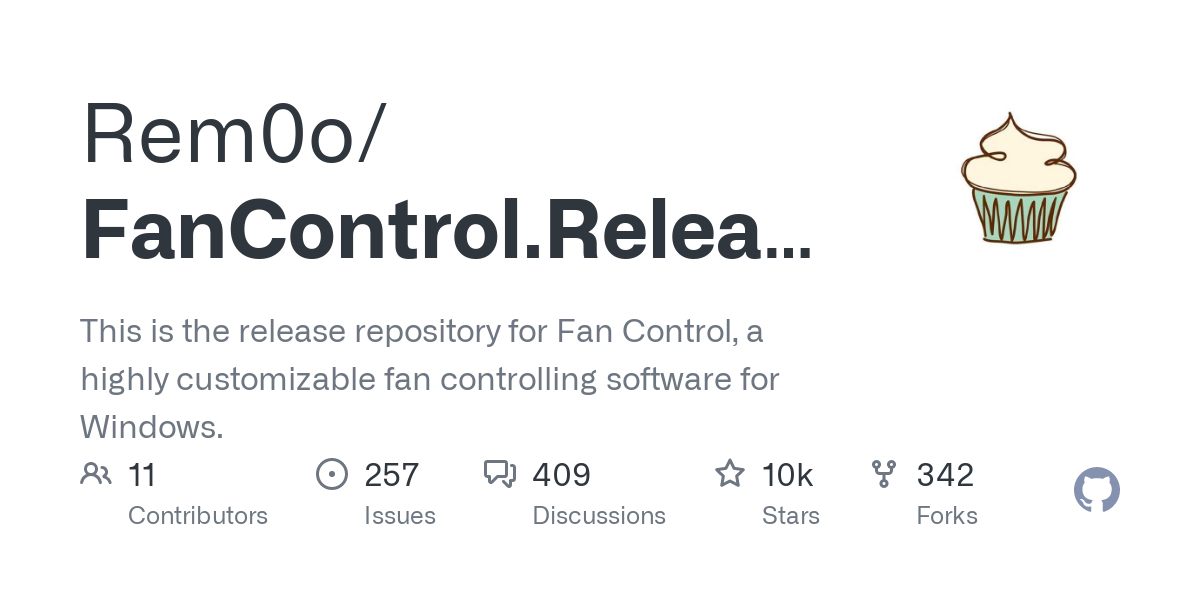 GitHub - Rem0o/FanControl.Releases: This is the release repository for Fan...

Look up the normal temps for your card, and what the max temps are, and where it would normally start to thermal throttle.

There is a kit. Thats why i linked it and asked about the other stuff. I agree that 80’s isnt that concerning. HOWEVER using an aftermarket gpu fan profiler like afterburner or the one you recommended might work well. I had not thought about using an aftermarket fan program on the gpu itself. Thank you for the suggestion.

And its only on games like Assassins creed Valhalla and Cyberpunk that the gpu gets pushed.

Yeah, I’d try that first. See how it behaves under, say, 70 or 80% fan speed (or whatever noise you can handle, my whole system is designed to be as quiet as possible… Which is… Challenging if your CPU uses 280-320W at top

I dont care about noise as i have very very good headphones getting lots of power so i cant hear a whole lot of fan noise. i always have the game noise turned up and tweaked so it takes some serious noise to even get me to acknowledge the real world. Im not sure what mine uses i have a 5800x with a mild overclock but the cooler i have is overkill for it. i also have 6 Corsair ML120 pro fans in a push pull config on the Corsair iCUE H150i Elite Capellix Liquid CPU Cooler. So it rarely ramps up at all.

If it still hits 80C then start worrying about possible solutions.

Truth be told, i really do need to work on my fan profiles for my case fans. Im probably losing some *.celsius to just accepting what Corsair says to do and not messing with it a bit.

That FanControl program is fantastic, it lets you define everything in any way you want, basically. 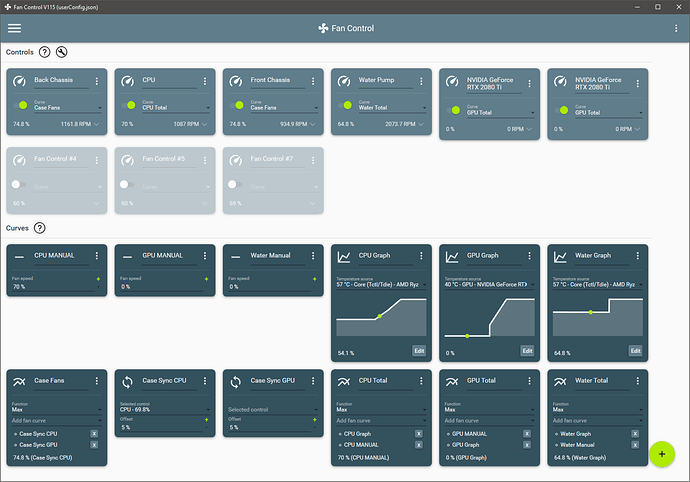 Well 100% ok now thats loud even for me lol. those ML fans can scream lol. I tried it and not much changed …interesting i watched some videos by LTT and gamers nexus and J2C and faster speeds doesnt always equal better cooling. especially i f your dealing with non radiator situations like a gpu rad mounted at a 90 degree angle from the fast intake fans… the air cant bank that fast and the gpu fans cant keep up with the powerful high cfm corsair magnetic fans. So balancing the fans seems to be the key… faster fans on my cpu radiator seem to equate with better cooling yes!!! but the gpu gets worse… will have to balance them and play with them a little after work.,

I will have to look at that… is this the one jayz 2 cents was raving about?

Urrr. Possibly? Would be something that’s right up his alley, to be honest. lol

Do you need to use a specific controller? Or have everything plugged into motherboard?

The program works with pretty much everything, although I have a wonky Asus board in one of my machines that does motherboard headers weirdly.

But just start it, let the association and test phases all run, and go from there.