I recently realized I needed to up my healing on my Resto Shaman. I found I was struggling with the Healium addon so asked around if anyone could point me to a decent mouse/over type of addon instead. A few folks recommended Vuhdo so I decided to look into finding an instruction video for setup. I found this one which was the best and easiest to follow from all the videos that I looked at.

The woman who streamed this video was extremely clear in pointing out the hows and whys things worked. She made it so simple that I was able to set it up yesterday afternoon. I played with it for a bit on dummies, but did not have time to go into the proving grounds to really work on my talent/skills. But I ran it in raid tonight and was not disappointed.

I found it extremely less stressful than Healium and much more intuitive for me. Since I used to do mouse over healing in Legion, I had to setup my mouse overs as macros with special instructions for use since I did not use an addon then.

Using this Vuhdo addon was so much simpler and more rewarding than I expected. I am pretty happy with it so I am posting it here just in case someone else might be looking for something to help them out. Apparently, this addon is much more versatile than using it just for heals, so it might be something to look at if you find yourself in need of something to help you out, no matter what spec you are using. 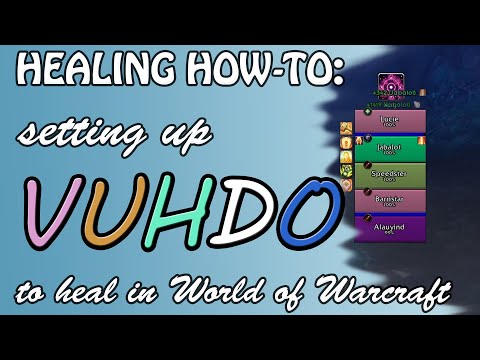 Here is a more recent video that this person posted. In it she shows how to use bouquets in VuhDo to show important debuffs like Necrotic and Grievous on your party frames in the same manner/way you show your HoTs! 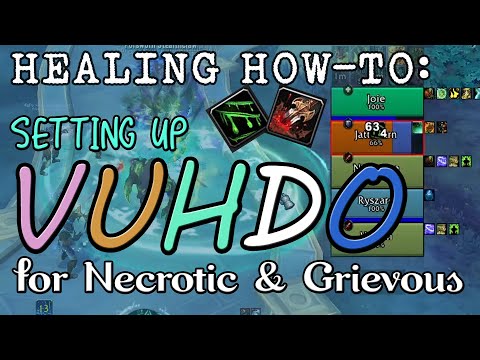 I highly recommend subscribing to her channel since she does have other videos of game play that might be of interest to you. Just go to her site and then click on Videos to open the video listings.