I shall endeavor to keep updating on this information as Bliz rolls out more changes/updates for the new DF crafting systems they are developing. But for now here is what is available on wowhead:

Overview of the upcoming Dragonflight professions revamp overview, including information on the Crafting Orders system, Crafting Specializations, items and more.

My take away from my research into what is coming for crafted gear is that there is a difference
between crafted gear and embellished gear:

The cap is only on embellished gear hence you could theoretically be fully mythic raid geared just through crafting, provided you could farm up enough mats (sparks of imagination, infusions etc).

Item Recrafting:
Then you will have a new addition to professions in Dragonflight is the ability to recraft items - You can bring an already-crafted item to the crafting window, and by using a special reagent, plus a portion of the mats used for the original recipe, you will be able to recraft the item.

Recently there was concern since many folks watching this on beta were worried that it would all be wasted efforts, but here is a blue post I just found on their forums

Three Ranks of Infusions? Can we get another crafting blog?

Community is starting to get worried Blizzard is doing a rug-pull. The Mythic Infusion items just got nerfed to below the highest heroic ilvl even though the tooltip still describes the gear as “Mythically Powerful”. My hope, or cope, is that...

To clarify on crafting orders and who can provide what:

Only the customer can provide:

Either the customer or crafter can provide:

As a general rule, if something is soulbound, it’s probably going to need to be provided by the customer.

There is one exception here that we aren’t 100% settled on:

In general, the logic is that if it’s soulbound, it is that way because we want the player who will end up with the gear to need to take some effort to earn it, otherwise that reagent may as well be unbound and purchasable on the auction house for gold.

Artisan’s Mettle is a bit of an exception because it’s a special reagent earnable within the profession ecosystem and only useful to those who are using a profession, or who are placing crafting orders. Keeping it from being tradeable means each crafter/gatherer needs to earn their own to help with their profession, but allowing it to be provided by either party during a crafting order means if you don’t engage in professions directly, you can still hit up a crafter to perform recrafting services for you.

And he goes on to explain…

We want professions to be a valuable source of gearing for everyone. With that in mind:

Primal Chaos will be available from a variety of max level outdoor activities as well as through raiding/m+/pvp, so even if you don’t do those things, you can still get it from heroic or mythic dungeons, various world quests, the world boss, rare creatures in the world, and more. It will take longer to earn primal chaos outdoors than say, clearing a normal raid will, but end game profession gear is meant to be valuable and achievable by everyone.

All you’ll need to do for a piece of epic crafted gear is earn enough Primal Chaos, acquire a Spark of Ingenuity (via a max level questline), and then either send a Crafting Order to an experienced crafter, or craft the item yourself. The regular crafting reagents can also either be gathered yourself, purchased on the AH and included in the order, or the crafter can provide them for you if you compensate them through your commission.

The current item level of base epic profession gear starts slightly lower than the Normal Raid tier at the lowest quality, and at the highest quality is slightly higher than starting bosses. This should make it some of the best item level gear achievable outdoors, and a meaningful part of your gearing journey no matter how you play.

Not sure about all the mats, I’ll have to research it to see what they would be. But keep in mind that the person asking for a pc of gear will submit a work order and the system as I understand it, will pull the necessary mats from the requester not the maker, especially items that are soul bound, etc.

This is quite exciting!

This video is just dropped. For those of you who plan to pursue crafting professions, here is an over view that might be of interest. 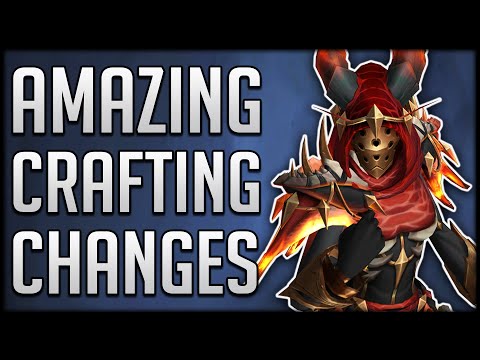 Kelani’s latest video has EVEN MORE info on Professions 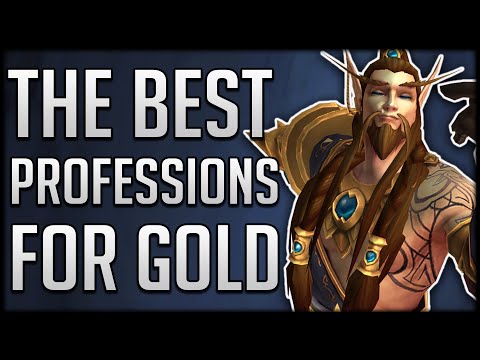