Thinking of picking this up again, its been a couple of years I think. Anyway since I usually ended up playing when not many are around, any recommendations for a decent solo class/ build for somewhat beginner? I have been looking at ranger, artificer and warlock. I can’t seem to find much current info.

Haven’t done a melee ranger in years, actually thinking about it for my next racial PL farm. I have found both Arty and Warlock good for farming PL. My current endgame warlock is the following, and I used a similar build set-up to farm PLs
https://www.ddo.com/forums/showthread.php/487665-Gigglelock-Post-nerf-happy-fun-time-Great-Old-CC-and-DPS-Warlock

I’m doing an arty life now, its going ok for soloing, but then again I have a bunch of PLs and gear from other chars lying around which makes anything easier. They added an enhancement tree for melee artys last year, there are actually some good arty tanks now. I’m still playing mine ranged as that’s the gear I had lying around and it certainly seems easier for something I’m trying to only take to 20. This is an old Arty guide I had that predates the melee tree, don’t know how much the author keeps it up to date. definitely thorough 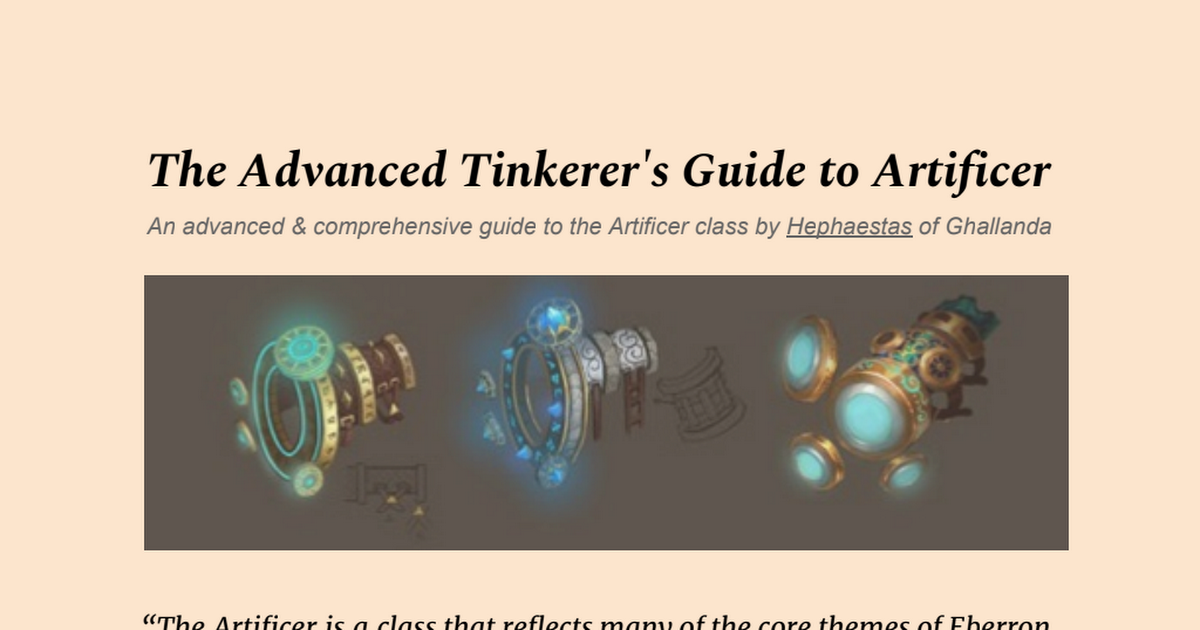 the arty I have and keep is the 2016 version of the electric critzilla
https://www.ddo.com/forums/showthread.php/475654-Electric-Critzilla
More of an out of date end game build. Also the guy who wrote that build and many others has 2 billion PLs so some of what he says isn’t as useful to those among us who do not.

and as always DDOWIKI is your friend, at least for game rules/items if not builds

I’ve not played regularly since 2012 but I bought a PC and am thinking about diving back in again. How active is the guild now? Is it easy to get a group going?

I’d have to say not very active in all honesty. There are a few people TRing constantly. There is a group of well 5 of us now that are on most nights for ~2 hours running together. There used to be a pair of players that would play together a lot, not sure if they are still around. Everyone else I’d throw under miscellaneous (no offense, I like miscellaneous). Sharn is coming up end of April or May (I’d bet on May) so might get some people coming back, but new content isn’t that big a deal to you if you have 7 years of stuff to catch up on. I will say that if you come back right when the new content is released, expect 95% of the server to be in the new content, that’s how it always goes.