The Outer Worlds is an upcoming action role-playing video game developed by Obsidian Entertainment and published by Private Division. The game is set to be released for Microsoft Windows, PlayStation 4 and Xbox One in 2019. The Outer Worlds is an action role-playing video game featuring a first-person perspective. In the early stages of the game, the player can create their own character and unlock a ship, which acts as the game's central hub space. Though the player cannot control their ship,...

So The Outer Worlds is now going to be an Epic Store exclusive, I’m not all that keen on this. 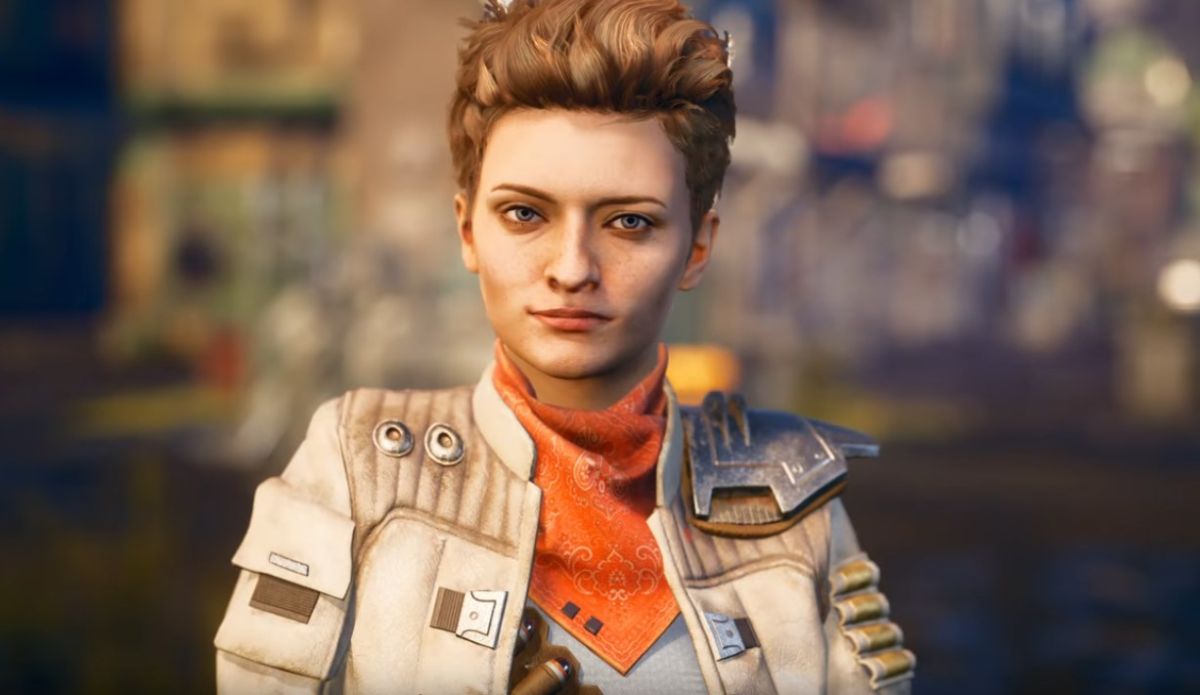 The Outer Worlds and Control will launch on the Epic Store, not Steam

Epic will distribute Control, The Outer Worlds, The Sinking City, Afterparty, and Industries of Titan.

Given that Zelnik said just last month that he isn’t going to tie TOW down to an exclusive, this has killed my interest in the game. If you can’t even stay on message for a month about how and where you’re marketing, I’m not sure I want to trust that the marketing on the game itself will remain cogent.

Do you have a link or anything I can reference about Zelnik saying that? I don’t disbelieve you I just can’t find anything relating to that and I would like to have a specific reference to that in another discussion I am having about this elsewhere on the internet.

Take-Two CEO on Epic Store: "Competition is a good thing"

But they're better placed to be where the consumer is, rather than indicating where they need to be

TO really give a quick summary, he went from this:

That’s not how consumers shop. To use an analogy that doesn’t speak to our business, if you read Random House books, I presume you can get them directly through Random House, but you probably don’t. You probably go to Amazon or other sites. So if you have something incredibly powerful, then I suppose you can say to consumers that it’s only available here. But generally speaking, when it comes to broad-based entertainment offerings, you are better placed to be where the consumer is, rather than indicating to the consumer where they need to be.

to giving Epic an exclusive. In the span of a month and a half or so. A year is a long time in gaming terms. I wonder how many people he’s now going to lose to piracy that would have otherwise purchased his game. I know the whole Metro thing spawned a lot of pirates, this seems very similar. Although granted, they’ve given more than last hour notice which is more than we got with Metro.

But whatever his logic, he’s now lost me as a customer. Hubby and I were planning on setting aside the funds to preorder this, but now we won’t be purchasing it. I’m not “epic sucks” or anything, for me it’s simply consistency. If I can’t trust your marketing philosophy, then I can’t trust that you’re marketing the game as it is.

Ok, to be fair, from the Random House analogy you quoted above it sounds more like he was saying that they didn’t plan to use a Take-Two web store as an exclusive sale point. Though with the last couple of sentences I can certainly see how it can be read otherwise.

Microsoft is notoriously tone deaf when it comes to PC gaming and how they limit things offered up on their store. As an example, at launch, the PC version of Quantum Break was a Windows Store exclusive title for 5 months before it eventually came to Steam. The Windows Store release was exclusively DX12, did not support DX11, and only supported limited resolutions. When it finally arrived, the version sold on Steam supported DX11 and offered 21:9 aspect ratios. I ended up with both versions after struggling with the Windows Store version’s performance. With the Steam version I had a silky smooth ultrawide 21:9 gaming experience. With the Windows Store version, I had a stutter riddled mess limited to 16:9 aspect ratio.

So yeah, it could have always been worse had they gone with a Windows Store exclusive, instead of Epic.

That paragraph is mainly talking about a company web store, but if you read the entirety of his statements on the matter, he is talking about exclusives being bad for the consumer overall. I just pulled that quote because it seemed the best summary. Or at least, that was my interpretation of it from this and other articles I’ve read. I am willing to admit I might be wrong.

That article is sort of strange because the statements as a whole were generated in response to him being asked point blank if Outer Worlds would be an Epic store exclusive, and his reply was negative, but it doesn’t bring that up. To be fair, he did say he views the Epic store as competition to Steam and he thought that was a good thing, but that overall Take Two does not support exclusives so they won’t be on Epic.

On a side note - I do think that Steam needs to start penalizing companies who use it as a marketing vehicle. This is two major games now that have used Steam as a platform to get a large chunk of initial traction and visibility, then pulled out.

And now, all that aside, I will admit that the move to Epic lost me as a customer even if he hadn’t done all of this. Not any great outrage or hatred, I just don’t like having a million launchers on my computer. If it’s not on steam I don’t buy it, because I forget I own games on more than one platform. I own a bunch of gog games but I never play them because I never remember they’re there - so why would I move to yet another launcher? Not to mention performance issues, most launchers give my computer a huge performance drop. ^.^

It is very easy to lose me as a single player customer because I don’t enjoy single player games nearly as much as I enjoy mmos so I just don’t have the incentive to move beyond the initial inertia.

I was philosophizing because I was pondering my reaction in the light of all the outrage I’m seeing everywhere. I know that one of the major pirating groups went out of their way to crack Metro as quickly as possible to punish them for moving to Epic. I am sort of curious if there will be a similar response to this given how many references I see on reddit to people playing “the free giveaway version” of Metro because they don’t want Epic to have their credit card info and/or they object to Epic for whatever reason.

I won’t do the Epic Store simply because I don’t agree with this exclusivity BS they keep pulling, you don’t see Steam forcing games to be on Steam only. I can wait for these games to come out on Steam later.

Yeah I was extremely interested in this game, and still am but I won’t be buying it till it comes to Steam, and if it doesn’t, oh well. I have plenty of games to play anyway. It does sadden me as these guys made Bloodlines (well their previous company Troika did), and I really loved that game, and was hoping some of that magic was in Outer Worlds, certainly the trailer seemed to indicate to me that it might be a really good game if not outright great.

Of course I am still waiting for RDR2 to come to PC, looking at picking up Rage 2, already preordered MW5, Cyberpunk 2077 is an absolute buy, and I am still playing Battletech, TOR and AOC off and on casually, along with 40K Inquisitor which has a major rework coming probably in a month or two… then I have multiple mobile games (the bane of my wallet and existence) I play as well. I really need help…

Sorry can’t help you, but maybe we can get a group discount on therapy. I am currently playing The Division 2, Assassin’s Creed Odyssey, Star Wars KOTOR 2, Baldur’s Gate 2, Metro 2033 (the original not the console port Redux version), Generation Zero, Red Dead Redemption 2 and God of War on the PS4. Also have my D&D group evrey Friday. I might be loading up Star Citizen again just to start messing around with it some more even though it is still a ways out from launching.

I’m looking at getting Days Gone this month, contemplating getting Rage 2 next month. Might wait on Rage 2 though, if I haven’t finished at least a couple of the games I playing right now I’m gonna hold of on it as I don;t need to spend money on another game so soon.

I only have slightly less of a problem than you do because I avoid mobile games like the plague now.

Sorry can’t help you, but maybe we can get a group discount on therapy.

I feel your pain, my friend

HAHA! I have slightly more Steam games than you do so I win the contest of who is more addicted. Wait, you have more games installed than I do, so I guess it’s a tie!

and GOG and Battle.net and Origin and Uplay and bethesda.net … i think that’s all the launchers

What?! NO Epic Store?

Not yet. I would like a wishlist at least. So I can add:

At the very least.