The Lays of Raven Home

Come friend. Sit beside the fire. Pour yourself an ale. I will sing you a song of my people. We are the Angails, the children of Corim the Great who sailed to these shores centuries ago and scattered the Maelyns before him. Ours is a song of war. A song of love. A song of loss. And a song of hope. 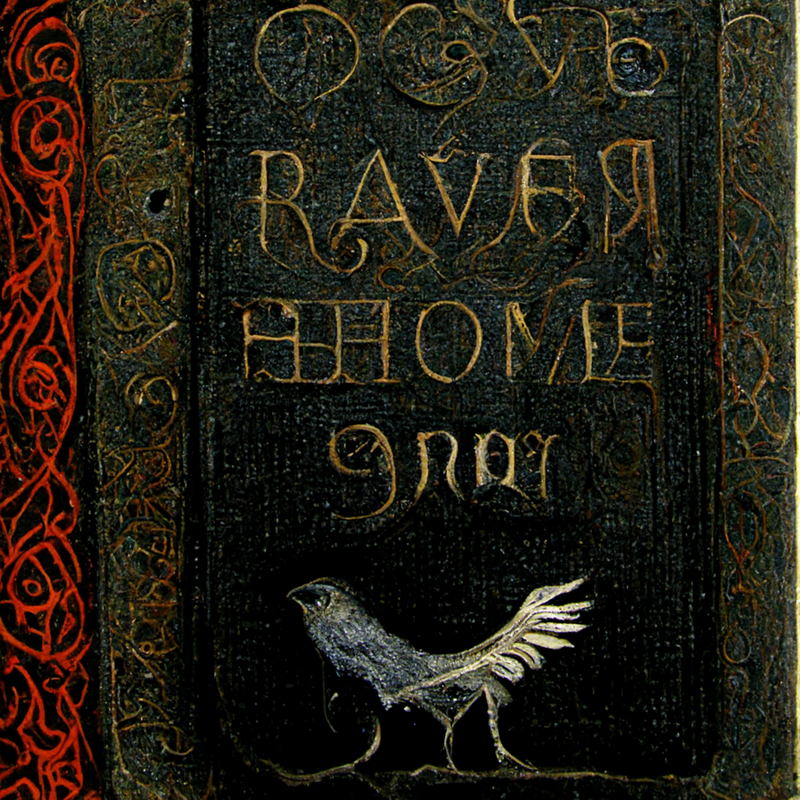 All but forgotten in the wake of the Ranhovian Civil War, Pentagel Castle broods silently, ominously, within the depths of the New Forest. 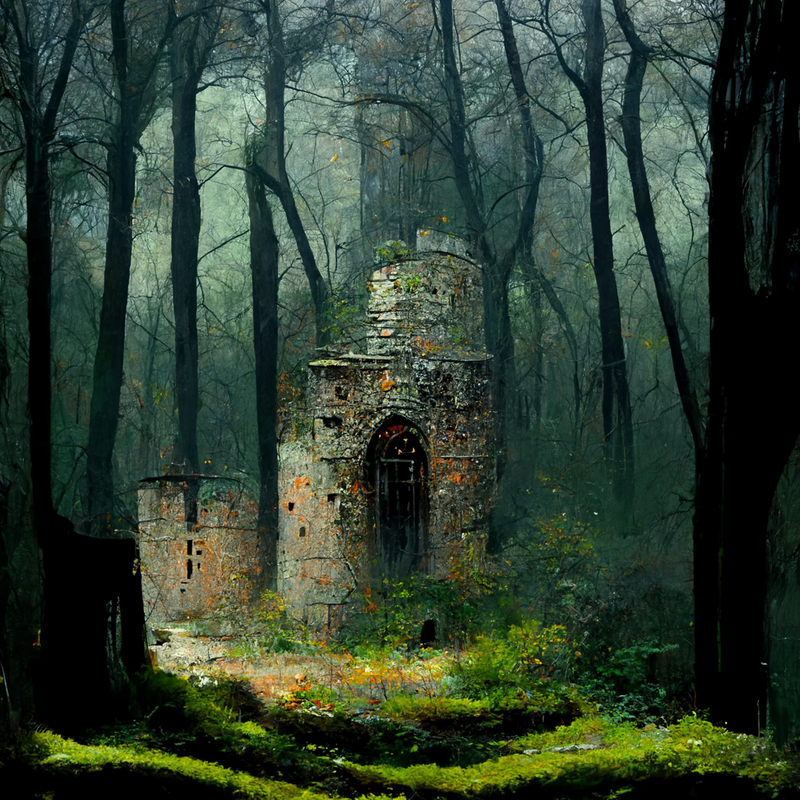 In the neighboring village, rulers have come and gone while life has continued as it always has. Long days of toil end with warm food, ale, and tales of heroes of old. 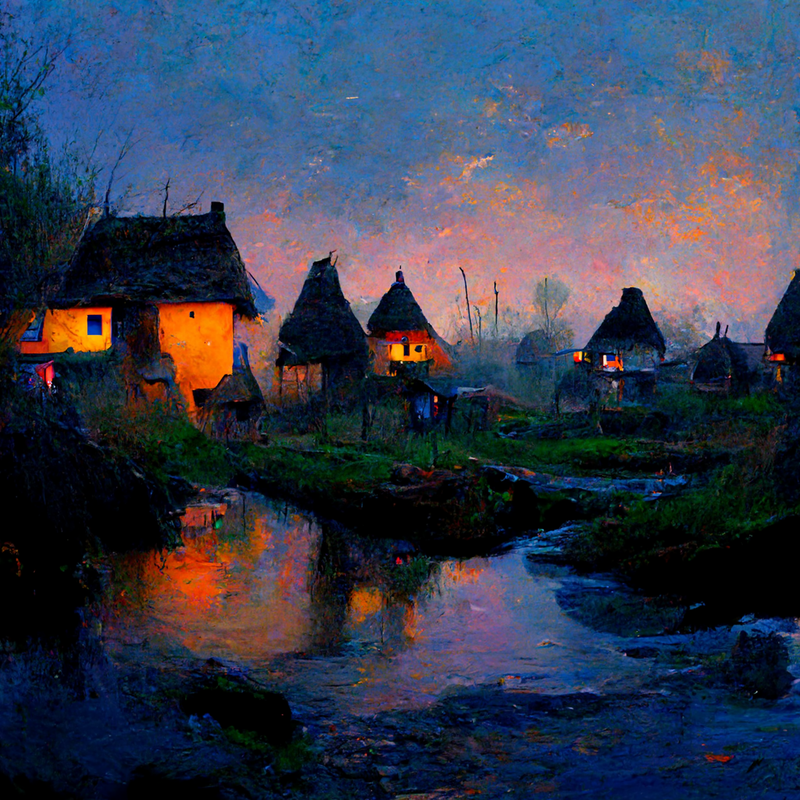 The standing stones of Comlen, also known as Toreth a’Len in the Maelyn Tongue. It is known by the learned that they were constructed by a race of giants. Sites such as these exist in the wild places of the realm. 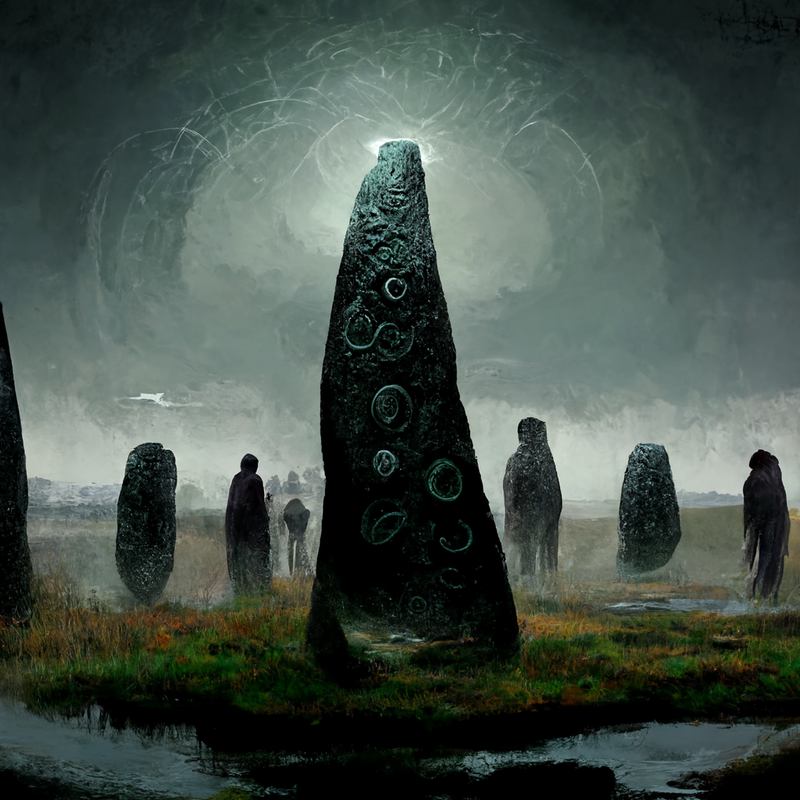 In the hill country of northern Valdais can be found the Fulminating Fissure. In times before it was said to be a ritual site for an elemental cult of fire. Legends speak of the Gem of the Devouring Flame. In modern times, none who have gone there have returned. 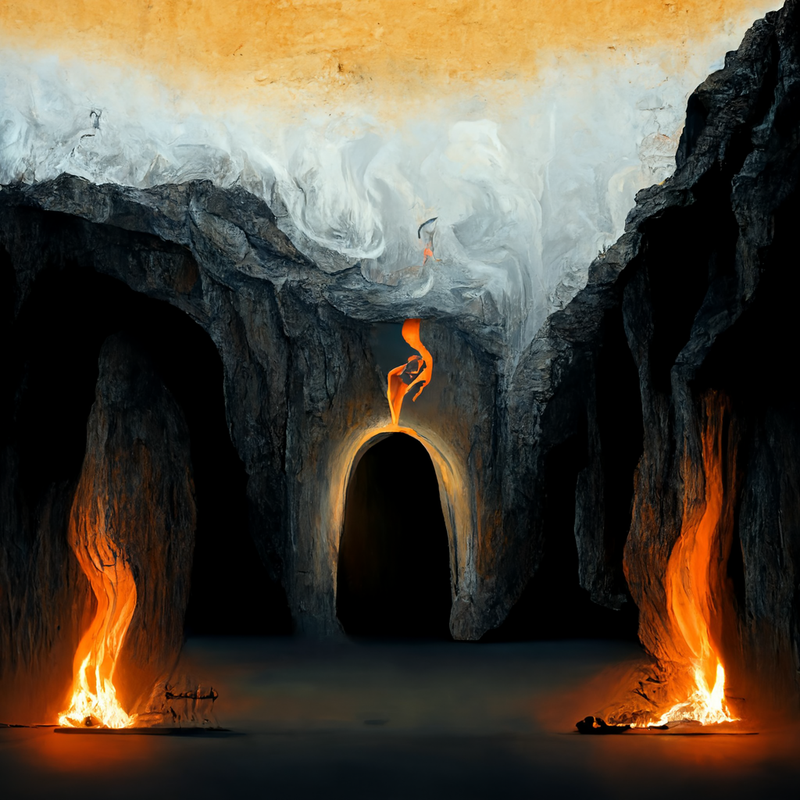 All art by Midjourney AI unless otherwise stated.

Many people and things have lost their way in the Fens of Dranamere.

Yet some of these return… 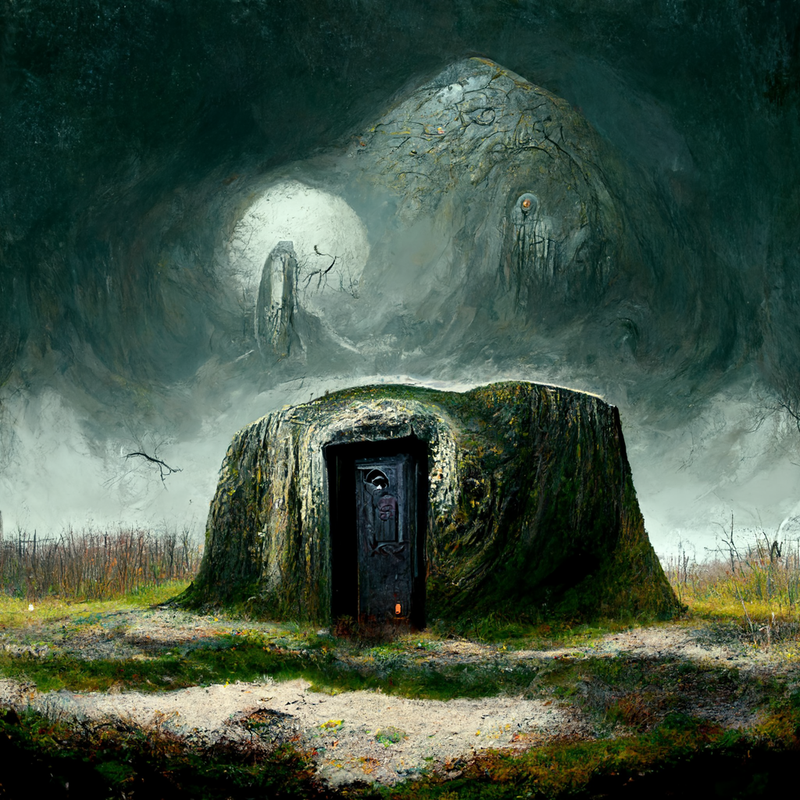 Arcane magic, properly understood, is unique in that it is the only form of magic that can be acquired by mortals without the aid of divine or otherwise supernatural powers.

The process of learning such magic requires the development of a secret language by the individual wizard. This is the language that the wizard uses when both writing spells to their spell book and memorizing spells for the day. At the time of casting the wizard must then translate the spell from their personal secret language into Ephidian, the runic language of angels, to vibrate the spell’s meaning because it is only in Ephidian that magic can release its latent energies.

Failure to follow this protocol always results in Arcanesia - the Rune Virus. The consequences of this condition lead inexorably to madness and death. No known case of Arcanesia has ever been cured.

Consequently, the transmission of arcane knowledge is a painstaking task requiring the wizard to translate a spell from another wizard’s secret language into their own.

One might naturally ask, “Why isn’t there a common second magical language to allow wizards the convenience of learning other wizards’ spells?”. Unfortunately, this has been tried with the same tragic results. It seems that the incidence and severity of Arcanesia is somehow related to the number of wizards who learn and memorize magic with the same language. It is believed that this is a consequence of every magical language somehow being “contaminated” by Ephidian - the first such language as it is this language that was used to create the universe.

Did you eat Gryffie’s kibble again?

Yeah, now that food prices are sky high, he’s having to share.

So yer going to run a magic-based Celtic-inspired PF2 campaign?

I’m just playing with ideas for the time being

Sir Aldis of the Knights Dragon 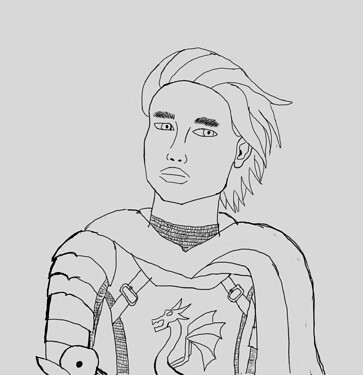 The Knights Dragon are the one of the oldest and perhaps most archetypical chivalric orders in the realm. They can be identified by a silver dragon rampant on a blue field. Prior the War of Succession, their numbers reached into the hundreds but today perhaps less than a dozen remain, their prestige having been badly diminished after the betrayal at the Battle of Ventvorth Hill. Those few who remain wander the land in a quest to restore their honor.

It would be cool to play one of the Sidhe in this setting. Maybe the rest of the party can all be changelings

Play Misty for me.

I had to google “Sidhe”

I wonder if Robert Jordan’s “Aes Sedai” were inspired by the “Aes Sidhe” or if that was just an accident. Raven Home has an organization that is sort of like the Aes Sedai (more on them in a later post).

Yeah the real changelings to me are the offspring of the land of the fey. The Sidhe more like the badass faerie folk (often ruthless and cruel) then the sparkling ones that came later

Sir Gregorby of the Knights Wolverine 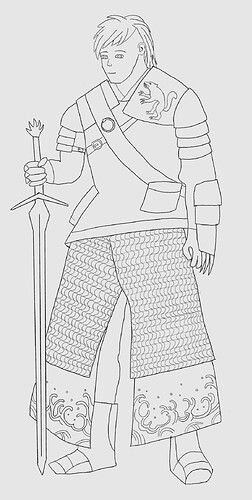 The original men and women who would become Knights Wolverine were woodsmen - descendants of the Eledane sea raiders who settled the isles after the Treaty of St Belden. It was the summer of the first year of the Tumult when the Usurper’s Army was camped on the borders of Esshire - the bread basket of the Realm. Empress Marjorie personally beseeched their aid. So moved were the woodsmen by her words and beauty that three score of their number swore fealty and were knighted on the spot.

The Night Attack at Redthorn that same evening saw the Usurper’s army shattered and the fearsome reputation of the Knights Wolverine was cemented ever since.

Art by me, from references