I learned a couple things.

Was a bit confused why the 2 tanks kept taunting the same mob.

10 people. Two groups, each with a healer and a tank.
One healer used area heals and did good, the other big heals and got a ton of agro.
Couldn’t make out much else as the 4-split were the 2 tanks and 2 healers.
Saw a meteor mage and a rapier. Bout it.

Was a fun watch. They did good. Right up until… 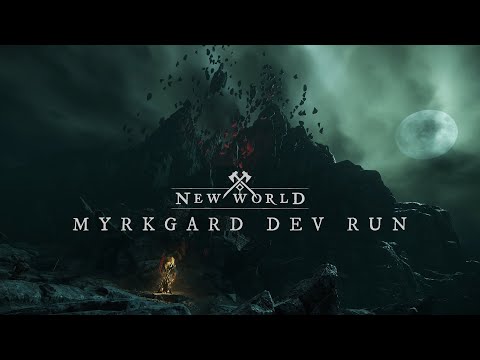 This is from a developer post several months ago.

Taunt sets your threat a fixed percentage above the current highest threat-holder. So, if you use Taunt to initiate a fight, your initial threat will be rather low. I highly recommend initiating with other abilities or light and heavy attacks, and then use a taunt a few seconds into the fight.

I have no idea if they are intentionally taunting over one another but it has an impact on the threat lead your tanks can get ahead of the strongest DPS. Each taunt adds an additional “fixed percentage” of threat ahead of the previous threat leader. I’ve seen this tactic used in other games where the tank threat output was not as high as the best geared DPS. It allowed that DPS to go HAM, without fear of getting demolished from pulling aggro. With no threat meter in this game and no concept of being given a threat dump mid fight this is the only fall back threat mechanics you can do to achieve the same goal that I can think of.

I did some other compiling of data from the video for my own purposes I’ll share.

Zach (Game Designer) is playing a Life Staff and Void Guantlet build too.
Zach runs Beacon, Sacred Ground, and Divine Embrace with Orb of Decay, Essence Rupture, and Oblivion. (Note both are running the exact same VG skills.)
Zach’s portrait hides his stats so we don’t know his stat breakdown but we know that since his beacon is hitting for around 400 and he is in light that his FOC is likely around 300 as well.

Mike Willette (Senior Producer) is tanking with a SS and Spear.
He’s running Sheild Rush, Shield Slam, and Defiant Defense w/ Sweep, Javelin, and Cyclone.
Like Zach, his portrait covers his stats. His expertise is 516 1 point lower than Scot and his GS ends in an 8. That’s all we can see.

Both tanks are running 268 or 288 con its hard to tell from the video.

I mentioned this on discord I believe. The developers are wearing what looks like voidbent armor in their paperdoll but voidbent is orange not purple. I am not aware of any other armor set that shares that appearance. It might be a development build where expertise affects gear score but if that was the case those items would be 550 not 520s. I point this out because that means this gear is currently not attainable by players most likely and since they dont show the stats or perks we can’t take the video at face value.

You have individuals, who should be the absolute most knowledgeable about the state of the game mechanics and boss mechanics using gear that can’t be guaranteed to be an apples to apples comparison to what we have available.

Additionally, we know the expertise is showing on their UI so this run was done on a post NERF myrkguard at best.

The healers both have void gauntlets and both of them are running the same three abilities. Is that coincidence? Is there something we should take away from that as healers looking for the strongest META? Also both their healers are wearing LIGHT armor load outs.

Both thanks have the same loadout for SS skills but one uses a GA and the other uses a SPEAR. I think that is an amazing combo for CC for the tanks. One tank is able to do the single target CC knockdowns while the other has a lot of control over large packs of mobs.

We also have no idea how the DPS is geared since they don’t show us. The DPS may all be 600 gear score monsters for all we know. Which might explain the double taunts especially if their entire team is trying to optimize HPS and DPS via armor load outs. Some of those hits in there on Medium and Light will one shot you.

I noticed they are on a PTR equivalent as Zach realizes after his first death he forgot to equip gems. He opens one of those PTR gem crates and puts a pristine amber in the gauntlet and diamond in the staff.

I never saw tank Mike use the spear.

I envision these folks have tested a lot. I picture a test mode scenario where a menu comes up and says select your test character. They checkmark randomize GS 500-525, Life staff focus, Void gauntlet focus/int, Armor Light, slot 1-4 Cleric, Armor Light slot 5 Sentry, etc. Something like that so they can quickly test various builds.

All their stuff was within a tight range of GS. They probably don’t have the time to sit around and tweak sets to equip. Why I envision the above.

I expect if we ran the same gear, in the same scenario, we would have similar results. ie. nothing funny was going on.