Some advice on new lvl 105 Hunter

Hey people! Just turned lvl 105 this morning and would like some advice on a few things. I do not have the Mordor Expansion yet but seem to still get experience when questing. Will this take me to 106 or stop just before because I don’t have the expansion yet? Been mostly following the book quests with some area quests in between. Can I get by with just the quest reward gear or should I look into some crafted items? I do have a first age bow and melee (level 100) that I’m still leveling. Will be a while before I cap them at 60 then imbue. Thanks in advance for your input

Character name is: Zarion Oh, I am still running blue line. Liking the mobility. I also have to work on some traits in between.

The why of it:

There’s enough pre-Mordor content to get you well past 105, IMO, depending on how far you got before Mordor was released. The higher you are before you go to Mordor, the easier you’ll find it.

The stat gap between a piece of 105 gear and a piece of 106 gear is significant. You also need a lot more finesse in Mordor than you’ve needed previously. Mobs in Mordor have higher resist.

Crafting cannot help you over that Mordor gear hump as there’s no crafted gear to speak of between 105 and 115. If you have access to it, put on a few pieces of level 106+ Mathom Armor before head to Mordor.

Virtues: Mits are worth more to you in 115 content than, say, the +368 Agility provided by Determination. Consider that a single piece of gear at cap can have over 700 Agility on it, and you can see why. Ditto for vitality and morale oriented virtues. You’ll have easily have 70-100k morale at 115, so the virtues make little contribution.

Thank you so much! That was very infromative

I got 6 toons to 115 before I purchased Mordor.

And I can craft a set of level 115 armor (light, medium, or heavy) and cloak if you reach that point before going in. This will give you a base 70 light level which can be replaced as you find better gear.

I do suggest that you get a set 100 FA LIs and try to max them as much as possible before you get there. The bonuses will come in handy.

Also, when you start and are at 110+, do all 4 allegiance starter quests to be able to do all 4 dailies when you get to that point.

Thank you Jadowyn! I will let you know once I hit lvl cap

I do have a lvl 100 first age bow and melee weapon. Working on getting them to 60 before I imbue. Still need a few legacies for them but working on that as well. I’ll continue with quest gear for now.

The key to level 106+ gear is “LIght of Elendil” - you will eventually need +100 LoE to complete Mordor or to deal with a number of signature mobs in “Strongholds of the North” (Erebor, Dale, Felegoth). Dorps and Quest rewards in Mordor itself will easily give that to you.

At present, there is no crafted gear with LoE, but there are pieces you can barter for in the Strongholds of the North.

As far as legacies for your bow and weapon… your legacies can be changed later AFTER you imbue if you decide you want different legacies. So i wouldn’t fuss too much about that. Getting the scrolls and crystals to increase levels is most important. While i am familiar with LIs and everything pre-Mordor, i have never entered Mordor on any of my toons and have only 1 at 106 now. if you are wanting some company when you decide to venture into Mordor, look me up. i am willing to join anyone for Mordor. TBH, i am uninterested in playing lotro solo anymore so the more the merrier.

i haven’t subbed again yet but i am leaning more and more that direction. i do have Mordor so doing that content isn’t blocked if you want company going there.

Thanks Stonejaguar! It’ll be a while yet before I hit Mordor but will look you up when I’m ready to go

Did I mess up? I got my 1st age weapon to lvl 60 then imbued and then used a Anfalas Scroll of Delving and didn’t see any change. Such a noob

Don’t feel that way. It’s a ridiculously complicated system. Far more so than it needs to be, IMO.

It’s OK that you applied it afterwards.

My understanding is that it functions like effectively applying a Scroll of Empowerment to each of your (imbued) legacies.

So, if the max level of a legacy was 43 prior to the scroll, it becomes 44 after. It doesn’t affect the current level, just the max, so it may not jump out at you that max changed.

I’ll research a few more guides I guess. I’m assuming it would have been better to max the 1st age to 70 before imbuing and not 60 like I did. Do we have any OTG guides that provide a step by step for this? If not maybe someone would be willing to provide one for the forum?

Using the scroll of delving before imbument or after is not a huge loss either way. Here is what you get from a delving scroll, this is post on the vB5 forum and is still accessable.
https://forum.oldtimersguild.com/forum/featured-games/lord-of-the-rings-online/lro-private-guild-forums/lro-strategy-guides/155715-please-stop-using-delving-scrolls-before-you-imbue

If you use it before you imbue it opens up the cap level to 70. When you hit 70 you’ll get 1 free legacy upgrade.

If you use it after you imbue it upgrades every legacy +1 including the dps legacy(the crystal).

I keep seeing people who are gonna imbue use it pre-imbue and its like wasting 6 scrolls and a crystal.

There are several guides out there on imbuement and imbued weapons. Imbued Legendary Items came out with U16 (May 1, 2015) and they are still relevant as the system has not changed.

Dadi does the best job. Dadi has his own website but also posts on his guild’s site (Rare Breed). 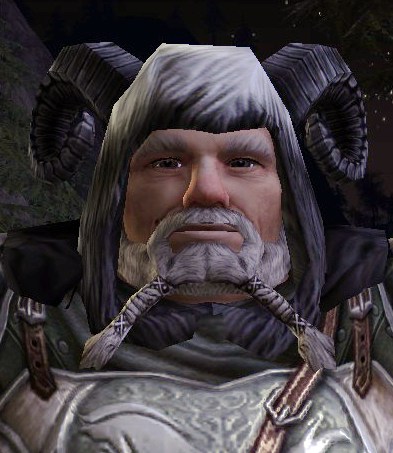 With Update 16.0 comes the advent of Imbuement, a process of changing your existing Legendary Weapon / Item (static) to ones that will grow with you. These newly Imbued Legendaries will eventually …