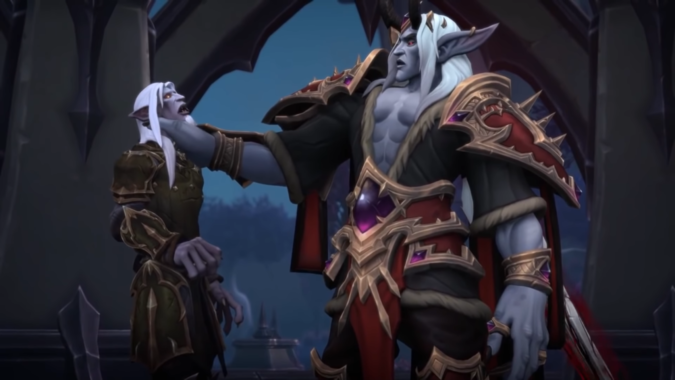 Shadowlands Season 4 begins on August 2 — here's what you need to know about...

The World of Warcraft team announced today that Shadowlands Season 3 would end the night prior to the first weekly maintenance in August (August 1 at 10:00

For raiders, Season 4 will have a Fated affix that applies to one of the three Shadowlands raids — Castle Nathria, Sanctum of Domination, or Sepulcher of the First Ones — each week, and updates both the challenge and the item rewards in the Fated raid. There will be a new currency called the Puzzling Cartel Dinar that players can use to purchase three pieces of normal difficulty Fated loot from the raids (locked behind a quest chain available at the start of Season 4) as well as currencies that can be collected to upgrade normal Fated items to Heroic or Mythic ilevel.

I haven’t seen anything as to what the LFR minimum ilvl will be for these Fated Raids yet.

It helps to determine what the minimum ilvl players should be for the Normal Fated versions.

Fated Raids is 265 ilvl drops minus 16 ilvls and you are looking at maybe 249 ilvl being the required minimum for Fated LFR. We added 6 ilvls to SoTFO for Normal, so following that reasoning, 249 + 6 = 255 ilvl for minimum ilvl for Normal Raid.

It goes without saying that at this point you should have a full tier set (even if it is 246 sandworn pieces) and 2 Legendries equipped. One being Unity (either the free 265 belt or crafted 291 version once you learn the memory at revered reputation with the Enlightened) & the other being your non-covenant raid leggo at 291.

Trevain, just wondered: can we up grade the unity belt past 265 or do we lose its capabilities if we remake a 291 belt with the memory? I did not think to check on that.

You can not upgrade the Unity Belt. You must craft a new 291 legendary piece using the Unity memory. Since you have to craft it new, you get to select the slot you want it used.

So all you need

Rank 7 Base Piece (any slot)

2 Missives of your choice

Ok, so recrafting the unity memory will not negate its abilities? I was under the impress it changes based upon the covenant you are using…or am I wrong?

Unity is the covenant legendary.

Whichever covenant you currently belong to has the renown 48 memory active.

aha…ok, guess I did not understand that part. I thought the belt provided was necessary to use with that memory.