What is the status of your particular crowdfunded and (or) Publisher game(s)?

If it’s been released, where does your crowdfunded / Publisher game sit, relative to population / enjoyment?

If you’re waiting for your personally funded crowdsourced or large Publisher MMO - what’s its status? When do you believe it to be released? Do you believe it will hold the population necessary to succeed over the course of your desired play time?

In the end, MMO is specifically defined as, Massively Multiplayer Online. The key = Population. Where does your game sit within the MMO world? Hype inclusive - current or anticipated success?

Feel free to post their trailer and your personal review. It would be nice to see the current state of MMOs from an Older Gamer perspective.

To separate my personally played and anticipated games:

Currently playing large Publisher, Amazon’s, New World. Its hype waned quickly after launch. Mechanics have been adjusted since release and it is in a much better state, IMHO.

Anticipated MMO is Kickstarter initiated, Ashes of Creation. I’m not sure how long it will hold a quality player base population to manage it’s node adjusting environment - player based decisions. I hope so and Sharif’s personal funding puts his $ where his mouth is, though still - it’s a Kickstarter game and it HAS passed enough anticipated launch dates to result in - no expected release date. They don’t want to release an actual time line and that is the frustrating part about Kickstarter. It’s developer driven and new engine after new engine, video revamps due to the length of time in development. It’s STILL in Alpha 1 stage since 2017… With that said, this is a game I hope will hold my interest. 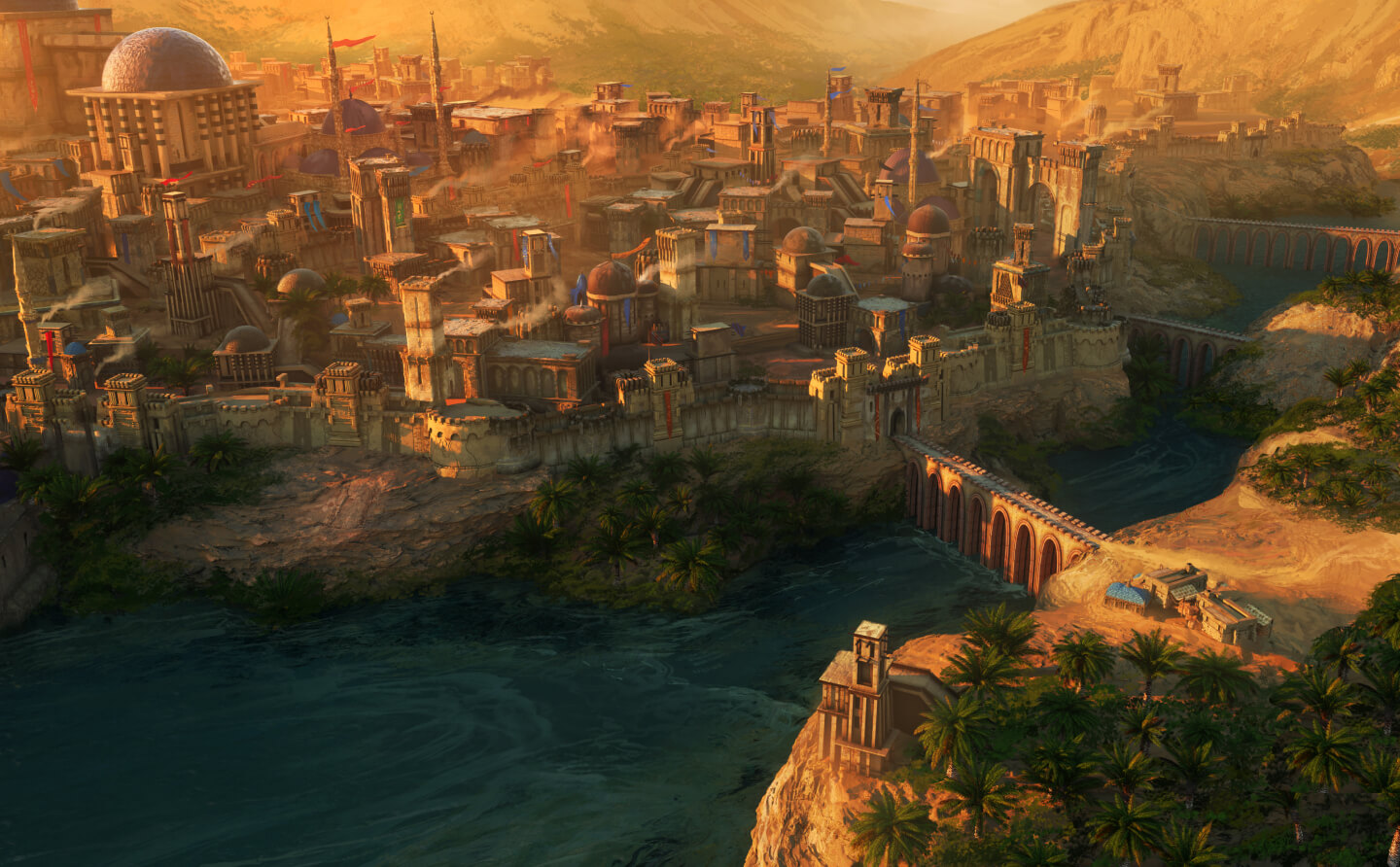 From ashes to empires. Your journey will shape the face of Verra.

Experience an MMORPG where everything is permanently impacted by your actions – explore, trade, build, and let the world take form. From your imagination through your will and into everyone's reality, what you create will be the cornerstone of the...

I posted this in another thread though for sake of my favorite example and personal hype video that shares both PvE and PvP wrapped in one seamless game play: 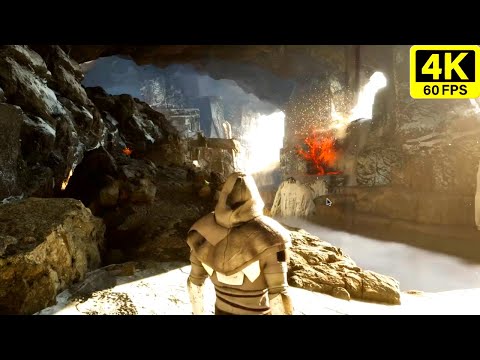 And for the 2022 Upcoming games review, per MMORPG 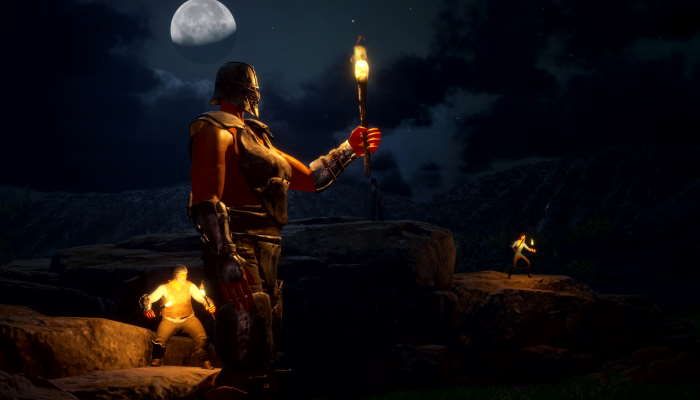 Upcoming MMORPGs To Watch Out for In 2022 | MMORPG.com

Crowfall - Launched - Failed. Taken over by a new developer now, which is hiring, but future unknown.
Some thoughts on Youtube: Crowfall Probably Needs To Shut Down...For Now - YouTube

Chronicles of Elyria - Development Failed - Failed. Failed to do anything, failed to deliver, failed in any sense and way you can imagine. There are tons and tons of videos on Youtube about it, so look it up. Or check the #chronicles_of_elyria channel under Game Development.

Star Citizen - Alpha - Unknown. For me personally, a LOT needs to be changed in the game (My main issue is the UI), and I don’t know if they can. It feels very disjointed and mismanaged to me (again, this is my personal feeling, I’m not interested in a discussion or attacks from either side of the argument). I have hope, but little faith.

Pathfinder: Wrath of the Righteous - Released - Succeeded. Game has large sales numbers even outside the original KS, has a good following, and is generally very well done.

Planet Nomads - Alpha - Failed. It’s a semi playable game, but all development on it has stopped, and very few of the original goals have been reached and implemented. If you can get it on sale for $2 it’s a fun little mess around game.

Landmark - Released - Cancelled. Not technically a KS, but pre-order/support/etc buyins. This was apparently meant as the engine test for EQ: Next which got cancelled completely, as Landmark eventually did.

Ashes of Creation - Pre-Alpha? - Unknown. I would love for this to be successfully released, but there are an awful lot of red flags that make me doubt if it ever will. (Again, personal opinion, no interest in discussions). Changing major versions or complete graphics engines during development has very rarely resulted in a successful release, in my experience. Hopeful still.

SPACE CHEF - Private Alpha - WIP. Everything they show, from playable alphas/demos, to keeping people up to date in their KS updates looks like they’re steaming along quite happily. So I think this one will release without too many issues.

Wagadu Chronicles - Private Alpha - WIP. This is a little bit of a pet project for me, without any serious ideas of who/what/how to play it, just because it’s completely different from anything else out there. I’ve played their private alpha, and it’s functional, with what looks like well thought out mechanics. Not much else I can/am allowed to say about it, however.

Ship of Heroes - Cancelled - Cancelled. Everyone got their money back (or didn’t get charged in the first place, really), and the game is now being developed outside of ‘normal’ crowd funding, and slowly plodding along in development. I don’t really know when/if this will ever release, but it looked neat at the KS when I backed it.

Oath - Development Failed - Scam? Should not have put any money into this, but it looked cute, and I had more money than sense. Probably the Worst Indie Devs Ever - YouTube

So… Not so short. And I feel like I’m still forgetting 1 or 2. But… My personal thoughts, with a few videos.

Edit: These are not all MMOs in case you hadn’t realized that yet

I’m keeping my number of KS type games to a minimum (although I have definitely put too much into StarCitizen). Currently pledged to Pathfinder and Star Citizen and this fall I’m gonna pledge to Ashes of Creation. I’ve been burned on KS games in the past so I am try to avoid crowdfunding stuff anymore.

I’ve backed a ton of them. The only ones I’m still keeping track of is Ashes of Creation, Camelot Unchained, Legends of Aria, and Pantheon. I’m in the litigation discord for the failed Chronicles of Elyria, and once a year or so I pop in to see if Star Citizen has moved beyond just selling digital starships yet.

Legends of Aria is also completely failed. It’s now a Crypto based game from what I read (or at least owned by a Crypto company).

I played that in the pre-release/closed beta/whatever they called it and gave up after losing several days of progress several times in a row, and they “balanced” the crap out of everything so it was impossible to get back in any decent time.

Camelot Unchained probably also goes into the “Failed or soon to be” pile. When was the last update on that?

And I think I backed Pantheon? I’m… Actually not sure. lol

Edit: Yep! I am! The plan you are currently subscribed to is: Knight’s Pledge

It’s an exited sense to jump onto a crowdfunded project. I’ve hopped onto a couple in the past that didn’t pan out.

It has me very hesitant to hop onto the cheers of Ashes of Creation as it seems very specialized - if (when?) released. Now-a-days, cookie cutter seems to glean the largest populations. And… imo, #1 for any MMO: Population matters.

New World, for instance - you can be a rock star in just about all areas for one character. That’s silly, IMO. However, it keeps those peaked players in the game longer. I like their style of raw, refined, to finished skill sets though players are not specialized and dependent on others (or their alts) to develop gear, food, armor, etc. I suppose original SWG really spoiled me with the specialty means of a player. DAOC has RvR separate from PvE though connected for Darkness Falls, etc. Crafters were specialized as well, not NW - KING of ALL trades.

I suppose that is why I would really like to see AoC release though the F(r)ee2Play, insta satisfaction has been immersed in the rising players of today and expectations are to be all, do all, cookie cutter, and fast - hamper AoC from maintaining a population.
If… (or when) Ashes of creation releases - although started in 2017, release initially claimed 2019, 2020, - to No longer sharing our projected release date, “Stay tuned” - YET STILL sitting in Alpha 1 makes a crowdfund buy-in hard to swallow…
I may still pay the chunk and roll the dice. Sharif pushes a devoted role though… Alpha 1, still? Changing engines, recreating graphics? their developer driven timeline is their own anchor. That is the perk for Publisher based games - people may not like to hear this though if a building is not built within a time frame, it’s a $ sink and the longer it’s not built, the investors start to rumble.

So, cheers - I’m conflicted, as I face this objectively and remove emotion. Blah.

The Daily Grind: Are there crowdfunded MMOs you’re still excited for? |...