I have a Kraken, and bought it because I liked the idea of a big, capital ship that could host several other ships. Didn’t really want it as a fighter/ combat ship, more as a mobile base for friends and family and/or an org. However, thinking about it recently I don’t think it’s likely that I’ll have a whole host of friends to really make use of it properly and am concerned also about the number of people required to just operate it, plus the (in-game) cost. Feels like a lot of bother.

I have a Polaris in my buy backs and was thinking maybe I should melt the Kraken and get the Polaris back, then use that as a (smaller) mobile base instead. Will the Polaris be easier than the Kraken to run with a smaller crew? Will they have comparable running costs? I just think maybe the Polaris is a better option than the Kraken, even if I’m not going to be that combat-focussed, because it’s versatile and can be used for other things and more manageable.

So could do with some guidance from people who know better than me.

Kraken is 1-10 people polaris is 1-24. Maybe look at the Perseus which is larger but can theoretically run well with 3-6 with two pre-bladed smaller remote turrets. Assuming you’re really looking to hold to the big ship idea. The size 7 guns are nice too. Although if you want to fly your kraken and depend on your friends and their ships to defend it you might be fine as is, but might have an issue if they leave you solo.

Yes, thanks Joon. I’m actually not married to the big ship idea. If I’m being honest, it’s unlikely I’ll ever be playing the game with a lot of friends. I will join a couple of orgs but still not sure I need a ship that big (already have a few others, including a Carrack, Reclaimer, Endeavor and BMM).

The Perseus is a good call though, will look at that! 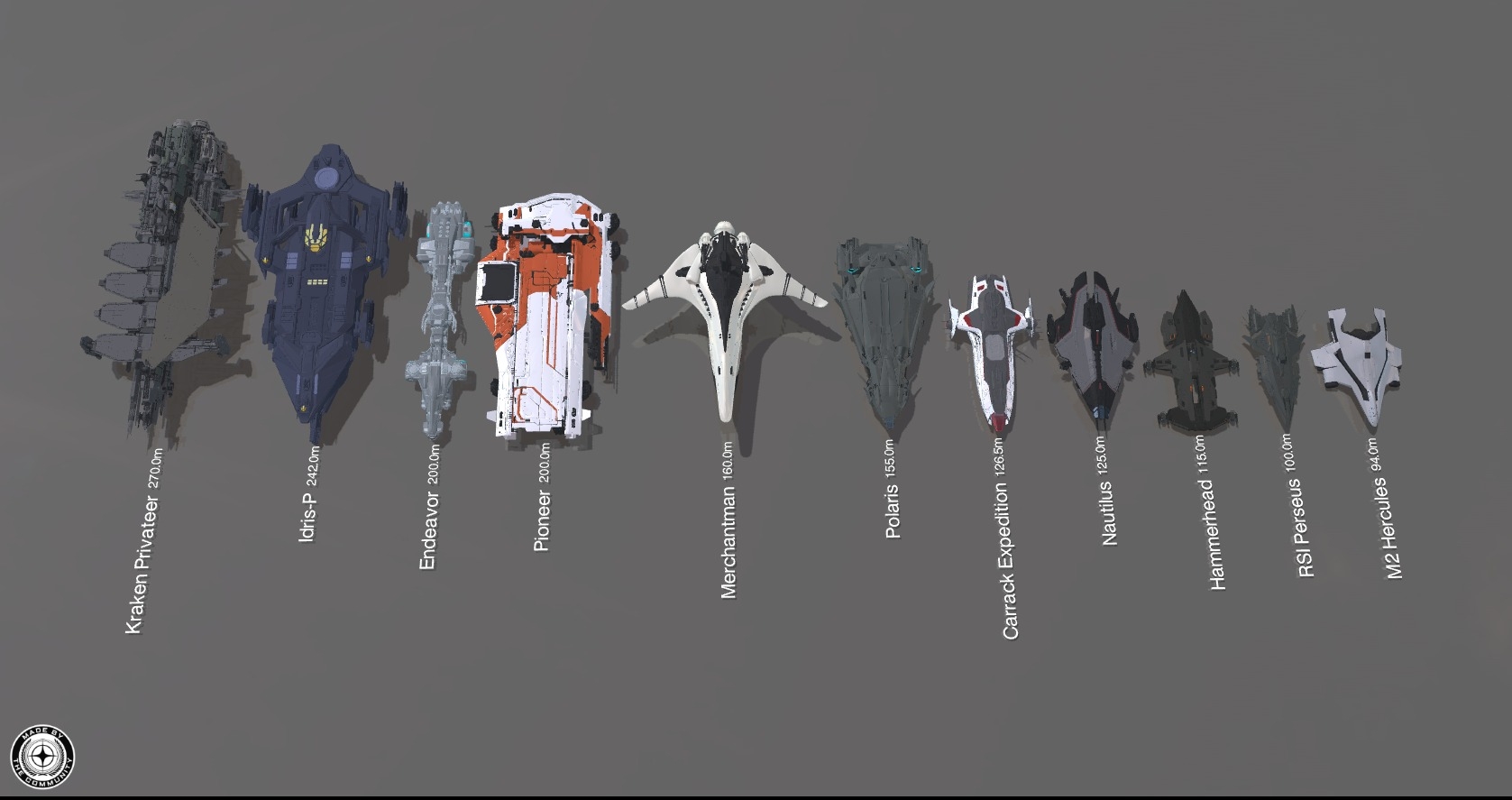 So based on those thoughts just off the top of my head, I like the these ships:

Simdor, you’re an absolute star, thanks for your going to all the trouble with such an amazing response! I really appreciate it.

I have a Carrack and Endeavor already and would never melt them, they’re my faves! So I think I’m going to melt my Kraken and buy back the Polaris, then aim for a Perseus in the IAE sale. Thanks again!!!

No problem at all. Happy I was able to help.
Cheers!