A new take on the Tango Argentina dance. lol

I was thinking Valentine’s Day when I posted it.

That’s great. When I first saw that image, Tango Argentina popped into my head. The image reflected the tightly controlled and incredible partnership required to attain a good Tango. I danced for many years in my youth then picked it up again after I divorced. It was a great way for me to engage in social activities that also fed my passion for dance.

Here is a video of a street Tango which is really evocative of that amazing dance. If you google Tango Argentina championships, you will find a myriad of styles within the tango. I remember it as incredibly intense.

I remember a group of Argentina dancers visiting our studio back in the late 70’s. They brought this beautiful dance and taught many of us how to attain a good form and movement with very little prior skill in this dance. It became one of my favorites to perform, but it was really hard to find a partner capable of the skill required to lead the dance. I did a lot of ballroom, disco and even country dancing in my career as a semi-pro but I only found maybe 3 men with the ability to lead without throwing me all over the dance floor…

I don’t dance any longer except in exercise but I do miss it. My all time favorite dance was the New York Hustle. That was incredibly fast paced and both partners really had to know the movements. It too was a difficult dance to find a good partner who could lead well without throwing me around.

I had such an amazing ballroom dance instructor years ago who taught me how to follow the slightest lead pressure from my partner that it was very difficult for me to find anyone I could relax enough with to really enjoy the dance without worrying about where I would land next.

The irony is those lizards are probably fighting in that image hehe. 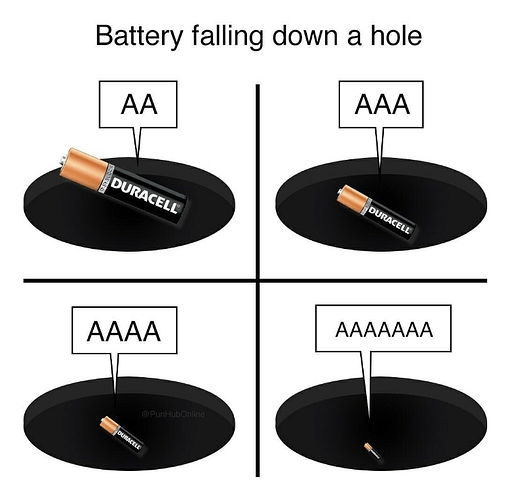 Yea, my first thought about the lizards was ‘sumo wrestlers.’ And I swear the lady sitting next to me (I’m having coffee at Whole Foods grocery) just asked me to lower my laugh. I was lol’ing at the batteries post. 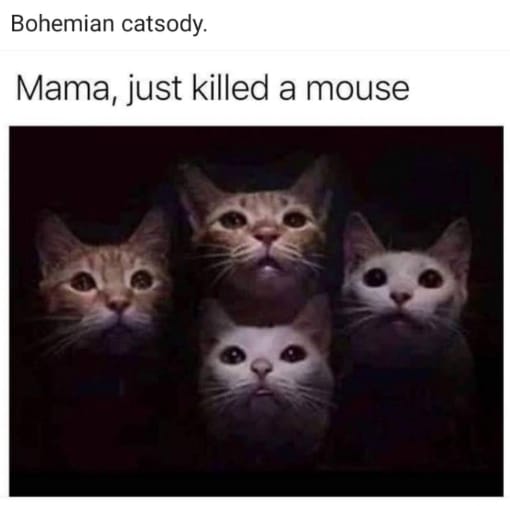 lol…I found this image of a work meme. 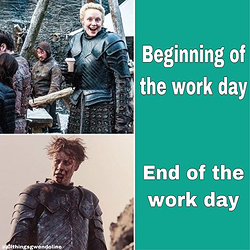 …you can find more here.

LoL. Reminds me of a time I was invited to watch a Brit military class while visiting some of my service piers.

Escorted by one of their senior supervisors, I stepped quietly into the classroom in the back after the class was already going - cinder block room, people packed in chairs at tables, a little stuffy.

The instructor stood stiffly at the position of ‘at ease’ in front of the room as he spoke in short, crisp sentences, feet planted and never moved, arms behind his back, only moving them when he gestured sharply at something on the chalk board behind him before returning behind his back. Head barely turned even when he gestured to the board. Military straight out of the movies.

I notice on the ledge at the bottom of the chalk board, there were two erasers and a red brick.

The dudes was monotone. The material was boring. Sure enough, someone’s head started to nod…

In what looked to be just one of the many previous gestures toward the board, without interrupting what he was saying, in one smooth move, he reached out, picked up the closest eraser and launched it kind of side arm across the front of his body, hitting the kid that was nodding square on the forehead as his arm returned behind his back.

Not a sound from anyone… But they all sat up a little straighter in their chairs.

After a while, a second kid started to nod… second eraser flew. Second troop nailed squarely in the forehead.

Not a word. But there was no more nodding during the rest of the class…