What are the benefits of this update?

Once this update is complete, you will see major improvements to the game’s load time and the speed at which assets are loaded into the world.

Most notably, this change dramatically reduces the patch sizes for all future updates, and it results in a major reduction of space taken up by the client on your machine’s hard drive. Our console players will feel this improvement most strongly, and PC/Mac players also benefit from this change.

What do I need to do?

ALL ESO players are required to completely re-download the game client upon the launch of Update 25. For the most part, this should not require any additional effort on your part; the ESO Launcher for PC/Mac or your console will begin the download automatically once the update goes live, so just let it run on its own. You shouldn’t notice any other changes to the launcher or download process, and your user settings and add-ons should remain untouched (although it never hurts to back them up!).

Unfortunately, it is not possible to begin the download for Update 25 early (nor simply use the files from the PTS)—it will begin the morning of the update’s launch. Once the download has begun, it’s simply a matter of waiting for it to complete and launching the game as normal. Easy!

Did I hear something about a free pet?

Yes! As a “thank you” to the ESO community for completing the re-download, we’re adding the Crimson Torchbug Pet to the Crown Store, completely free. This glowing gift can be found under the Pets category of the Crown Store and is available only for two weeks after Update 25’s launch. This means PC/Mac players can grab their pets from February 24 until March 9, and console players can get theirs from March 10 until March 24. Plenty of time to complete the re-download! 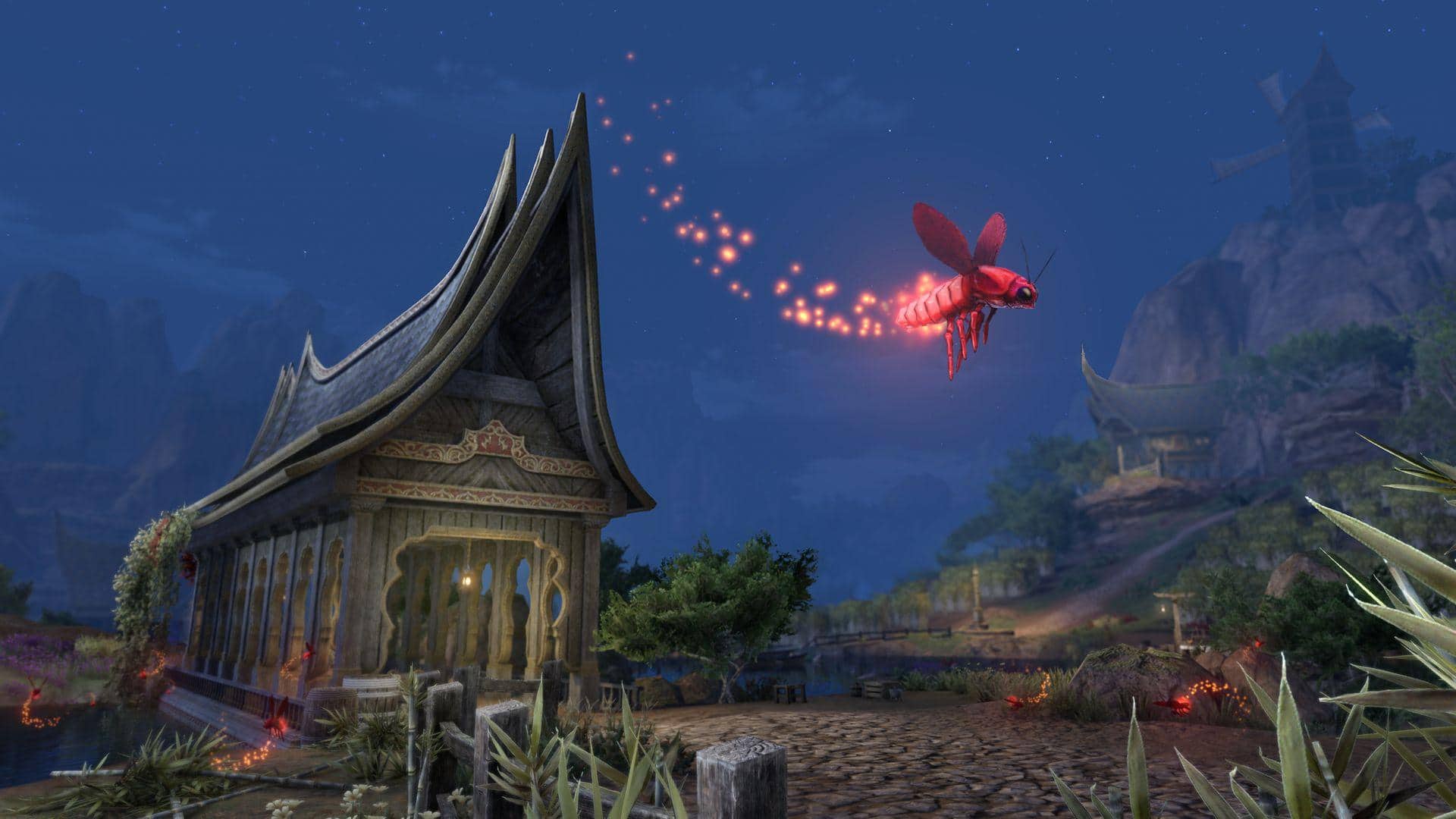 Look at that little red butt!

UPDATE 25 BRINGS IMPROVEMENTS FOR ALL!

Releasing in tandem with the Harrowstorm DLC game pack, the Update 25 base-game patch brings a host of performance fixes that all of ESO ’s players can enjoy. In addition to this patching overhaul, you’ll experience better load times, frame rates, and more To stay up to date on all the performance improvements we are making to ESO this year and beyond, keep an eye on this article for its monthly updates!

Learn About the Performance Improvements & Free Pet Coming with the...

Upon the launch of Update 25, all ESO players will be required to completely re-download the game client. Learn about what makes this update so important and the special pet we’re giving away in thanks!

I wonder what this means in real terms. Are we talking going from 1-2min on a zoning load to maybe 30s?