Vague Patch Notes: Star Citizen is not going to live up to your dreams | Massively Overpowered (massivelyop.com)

Bioshock was announced and started development 5 years before it was released. A creative lead (Ken Levine) famous for changing his mind was part of the problem among other things. Longest development I can think of offhand.

10 years and still no game? Fuhgeddaboudit!

I believe Duke Nukem still holds that record. 11 years for the release of the third title in the series.

But these days beta mode is so profitable as the new normal, why bother releasing anything?

Is it commonplace to drop in to a forum rarely posted in and throw down a negative article?

Common place for me to post links to interesting articles in these forums, positive and negative. It is unfortunate if these forums are actually not utilized by many.

What a stupid observation. Why don’t you post positive articles too, then, Dewald?

This would be the same Ken Levine who has been working on his next game for 8 years, with ZERO information released on the game and tons of controversy, would it?

Y’all are free to agree or disagree about the article that was linked. Argue all you want about it. You are NOT free to bitch about someone posting an article just because it makes you mad. Not cool.

What a stupid observation. 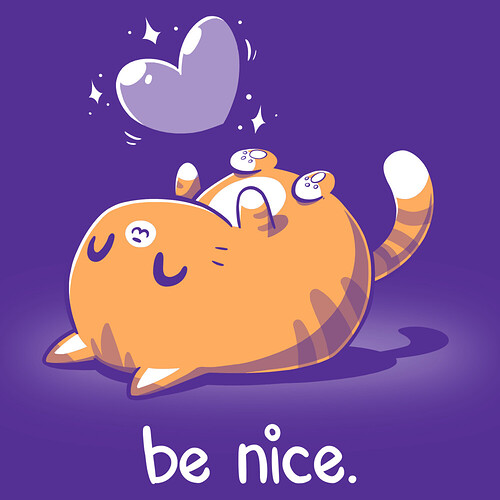 To be fair Massively has seemed to have gotten more negative in the past year or two. Maybe they are trying to be “edgy” whatever the f’ that is.

Like the article recently letting people know about Twitch Prime rewards for BDO… and then at the end of the article the writer adds, “Now if you’ll excuse me, I’ve got a Prime subscription to cancel because I also totally forgot to do so.”

Eh, We’ve been working on this democracy game 250 years or so. 12 years doesn’t feel so bad.

Yeah that is not what the problem was, but thanks for cheering

How, exactly, did I misinterpret?

Regardless, my post wasn’t directed at any one person, it was a reminder to all about OTG’s expectations.

You misinterpreted by pointing the finger at everyone who has participated in this forum regularly and claiming we are all just reacting our of emotion, bitching just because the article makes us mad. As insulting as that may be, it is not as bad as the actual problem I had with this thread.

But the problem was not the article or the content in it.

This forum is filled with posts that speak negatively about this game. There are literally dozens of conversations about it where we are able to have civil discussions without “getting mad”
But those are all conversations. This thread was started by someone who backed the game and knows about it yet has not posted in these forums in over a year, and then did not post a conversation about the article or present any discussion about the article. The thread was literally, A negative article title, and a link. Not a single word, just a link.

That is very obviously inflammatory and meant to start drama.

Again, for those who are regularly in this forum, we are very capable of having a conversation about Star Citizen and the accomplishments of CIG as well as their many failings. The fact that it was a negative article is not what bothered me. It was the way it was delivered in such an obvious attempt to spark torches and sharpen pitchforks, and from a red name no less.

So instead of taking a look at what was actually going on here, you decided to become a cheer leader for the red name and insult everyone else. And the ironic bit is that you are preaching to us about not starting drama, the very reason this thread even exists.

If we were going to actually talk about the article we could discuss the utter mess that it is, and the fact that it is filled with incorrect “facts”. We could talk about how the very first statement that is presented as fact is wrong

So let’s start with a simple, value-neutral statement of fact. Star Citizen has, at this point, been in some state of development for roughly 11 years. That is, by any standard of development, a very long time.

That would be false. The game started development in 2013. Even if you count the “demo reel” stuff that was done for the kickstarter (which was the equivalent of a poster for what the game should be) it would have been late 2012. Now math says that is not 11 years, not even close.
Then to say “by any standard of development is a very long time” is just ridiculous. Games released today, from new studios starting from scratch, take 7-10 years on average.

The article just goes on from there with lots and lots of nonsense.

And for someone who has backed the game and knows enough about it to know that it is garbage, posting it here like that is just shameful.

So yeah, you misinterpreted.

This thread should never have been started in the way it was, and the best thing to do now is close it and delete it as the only purpose it serves now is as an example of what not to do.

I have tried to stay out of this thread since it has devolved into drama, but it seems that I need to respond.

The link to the article was in no way meant to stir up drama. It was an interesting article that I thought would be of interest to OTGers. I post links to other Game Development threads occasionally, just not to Star Citizen since I haven’t seen one in a long time.

That it had a negative slant should not have been an issue. Blog posts are opinions of every kind. I don’t really think that we need to bury the unkind or negative ones.

I am not going to delete this thread, but I will close it. If dreadhead needs to prune some of the drama, he can do so.