My band released an EP!

Not sure if this will interesting anyone but my band 12 Days Straight has released some new music. Give a listen, like, share, and support us if you like what you hear. #groovemetal 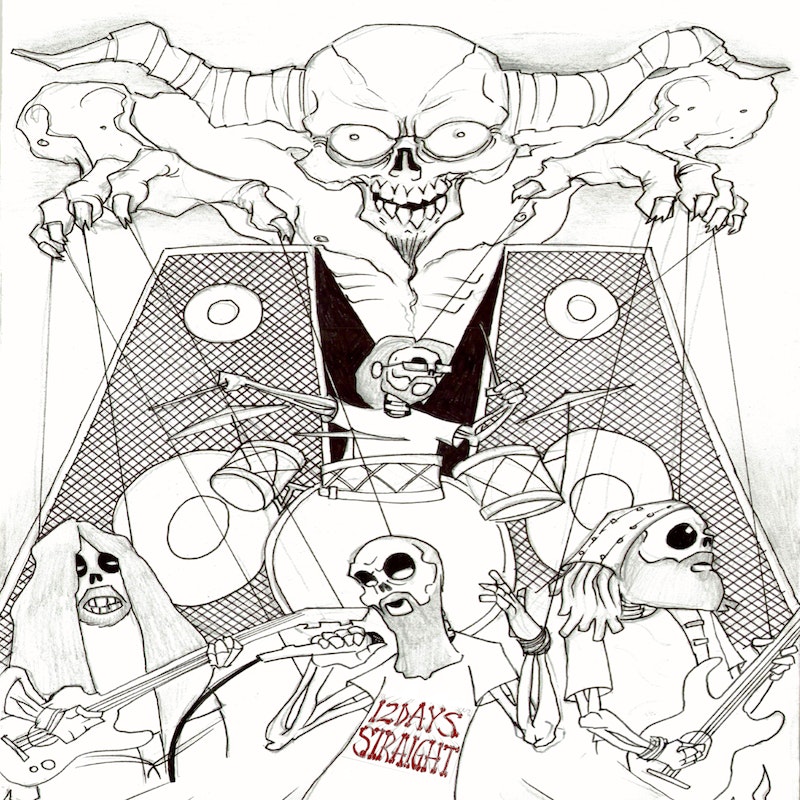 The Reckoning by 12 Days Straight

Stream and Save The Reckoning - Distributed by DistroKid

Forgive my ignorance… I’m not well versed in sub-genres like groove metal. But, I could swear I’m hearing some Pantera influence in there.

Grats on the ep.
Not exactly my flavor though dig people who get out and do what others yammer about.

“Man in the arena” quote is a favorite.

“It is not the critic who counts; not the man who points out how the strong man stumbles, or where the doer of deeds could have done them better. The credit belongs to the man who is actually in the arena, whose face is marred by dust and sweat and blood; who strives valiantly; who errs, who comes short again and again, because there is no effort without error and shortcoming; but who does actually strive to do the deeds; who knows great enthusiasms, the great devotions; who spends himself in a worthy cause; who at the best knows in the end the triumph of high achievement, and who at the worst, if he fails, at least fails while daring greatly, so that his place shall never be with those cold and timid souls who neither know victory nor defeat.”

Pantera is right in that grouping and I credit Vinnie Paul as one of my big drumming influences.

Love the music, could do without the screaming, but that’s just me.

Re: Vinnie Paul and Pantera…I’m a big fan as well. Still in the rotation, all these years later.

This is pretty cool. To make music and to be able to get it to the world so “easily”.

Vocals make it a bit Hardcore for this guy

Sorry, otherwise I’d put it onto radio stream but my partners would probably get on my case.

Yeah, the vocal are a little hardcore for me at times, but I can’t hear anything past all my cymbals

My hubby just had band practice here last week, and another one coming up next week. I can relate with that.

Oh, is he a drummer too? (We used to play at my house all the time.)

Updated link for all your digital desires:

Bought, listened, banged my head (then grabbed the pain reliever). Put in my car play list so my neighbors can hear it too.

You’re the one?!?! Thank you so much. Really truly. Awesome. Guildie bro fists all around.