King of the Sea tournament

While looking for a World of Warships stream to throw up on the second monitor while I did my WoWs U.S. Navy Birthday missions yesterday, I stumbled across SeaRaptor00 streaming “King of the Sea IX: North America”, which I found to be extremely interesting, and entertaining!

King of the Sea is the premier competitive organization for World of Warships. The format of the event is Tier X ships, 9v9, with limits on the amount of carriers and battleships a team can field.

I’m used to World of Warships being multiplayer, but in my random matches it’s not really a team game … if you’re brawling you have to keep your head on a swivel to not get torp’d by your teammates, and I’ve often passed up a torpedo shot of my own due to teammates being in the area.

It was cool to see some accomplished teams working together, the torpedo cooperation was amazing. In a similar vein, capping the objectives was a major focus of the gameplay. My impression is that the casters are narrating the match in realtime, but then the stream itself of their casting, that I’m watching on twitch, is delayed 15 minutes so the participants can’t use the streams for info.

Kudos to the Wargaming development team, they have a nifty observer mode that makes watching the tournament being streamed by casters narrating the action both educational and entertaining.

The finals for “King of the Sea IX: North America” is this upcoming Saturday, Oct. 19th, which might be problematic if the NLCS goes to a Game 7, and the ALCS to a Game 6.

The remaining 4 teams will contest the finals and third place matches in a best of 5 format. 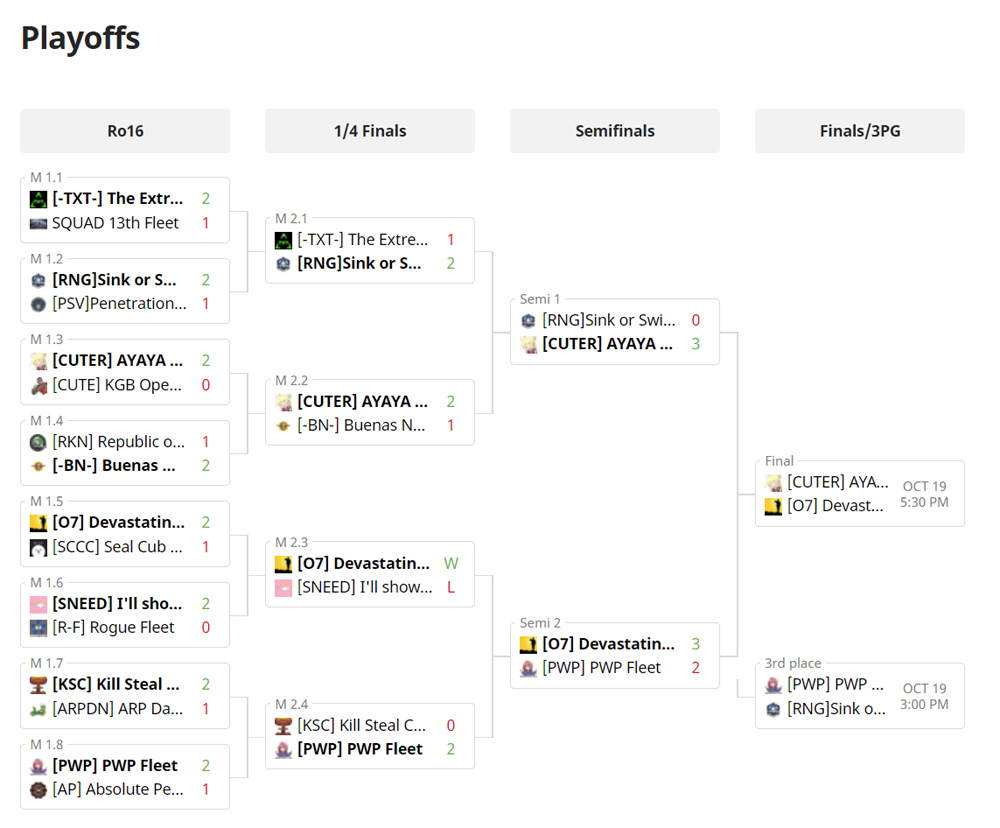 It turns out that the caster that I was watching has a YouTube channel where he puts up videos of the King of the Sea tournament matches. Truth be told, I wasn’t sure that the two casters made the best team, working together, I wonder if perhaps there is another caster team that might be more recommended, and might be possible to be found on YouTube as well as Twitch?

Anyway, I do give SeaRaptor my stamp of approval: https://www.youtube.com/channel/UCCgOyyIHrnkUFRYbJQIWjHA/videos

FWIW, here’s the official announcement post, from back in September, that I had not read, about the King of the Sea IX tournament. I see that after this weekend’s NA final that there will be matches between the EU winners and NA winners “for the international title!”

Official news post up on the Finals this weekend, with the date set for the International Finals as this Sunday, Oct. 20th: 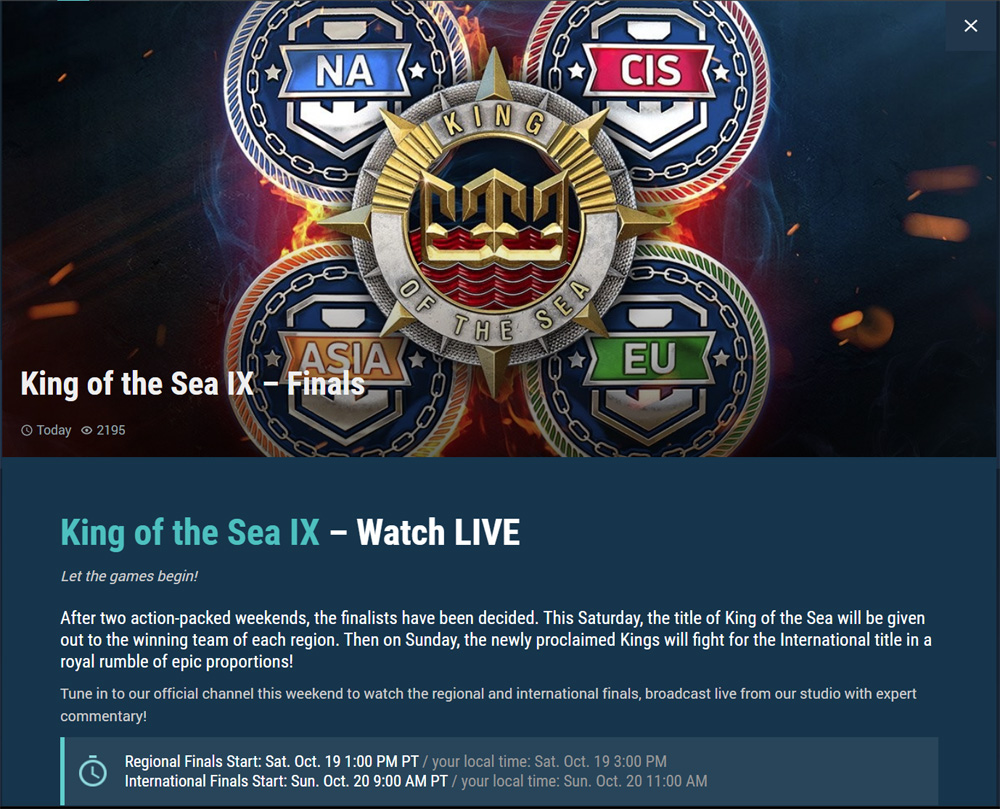 I see that StatsBloke has the EU Finals up right now on his twitch stream (I had StatsBloke already followed as a twitch WoWs streamer, so I will give him a recommendation, his sophisticated-sounding Brit accent is a plus