We dont have one, and we need one. The in Game Logo is something you can display on your warframe, and something that would be visible to all if we ever get the dojo decorations finished and get it put on display.

I was messing around with some options and threw this little thing together;

There are some limitations on what we can use, but this was fairly simple, and humorous. Before we spend good money on getting this added to the game, we wanted to make sure the current players were ok with being portrayed by a rocking chair.

If you dont like it, say so (constructively please so i dont have to cry myself to sleep), but please give me some ideas for what you would like to see instead. Keep in mind image is 128x128 px so the ability to have a lot of detail is not there. Also we will not be using any existing OTG logos, for reasons.

hmm I like where this is going, although I’m worried its a little too dark to show up nicely in-game on war-frames. I have to say that while the rocking chair is apt I really am leaning towards a walker, cane, motor scooter, or porcelain throne.

That being said, I’ve played the game for years off and on and had no idea we had an active chapter. Maybe I should log in and join up, lol.

Edit oh yeah dentures floating in a glass also works for me.

We currently have a waiting list Ugh. We keep the Clan at shadow level because the requirements for research and events for the 100 person clan are really steep. In the past there has been only a few of us that are actively daily. That being said we are at a new point where our highly active daily players are closer to 10-15. and all 30 current members are logging in nearly daily. Warframe typically has an ebb and flow to activity, so we will see if our current group hits an ebb.

That being said - we are active on discord, there is a warframe discord channel drop in to chat or leave a message in the txt channel.

@thorm I think we might need to create a waiting list thread to track who is waiting to join the clan, meanwhile I think we should bombard DE with requests to update the clan structures.

Re: the logo brightness, I had read on warframe’s forums that being too bright would wash everything out so I tried to use some darker colors. There really isnt a good way to see how it appears in game.

A Walker was discussed, but I wasn’t sure a silhouette of a walker was a discernible shape. Dentures in a glass… I might be able to do that.

That’s understandable. The last 2 times I’ve been active I joined up with the royal destiny clan, took the research and went inactive again. Some reason I can’t really stay active for long with this game despite all the incentive to do otherwise.

I would be fine with that logo or any of the ones ugh_zug mentioned. It’s good to see the clan going strong. I didn’t know there was a waiting list . I sent Thorm a message about re-joining but told him it wasn’t a big deal if the roster was full. Maybe I’ll try again after I give Anthem a fair shot.

I’m good with whatever. The rocking chair always goes well for us.

I’d be cool if it could be portrayed on some kind of platform to infer a porch, or on some green to imply a lawn, but not necessary at all.

If simpler is better we could always have something like the old European crossed swords…except replace one sword with a cane. Or have the crossed swords be a cane sword crossed with its sheathe. Or take either and superimpose it over a Lotus symbol or a rocking chair.

Heck use a pair of dentures wearing a toupee if you want; anything is fine.

I think a simple cane, or maybe the head of a cane, might be easier to distinguish. 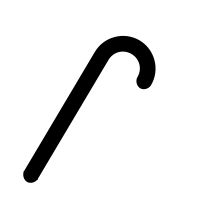 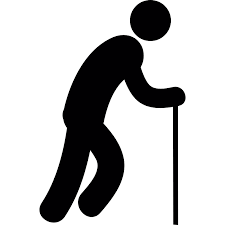 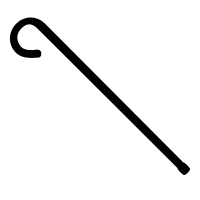 We could add some color, of course, but I think we’re looking for something that’s going to be more visually distinctive. Or we could just use the normal Guild Logo - the starburst symbol.

Following with what SaintPeter said, l think using the Guild Logo would look good. Here is what GarettG came up with. 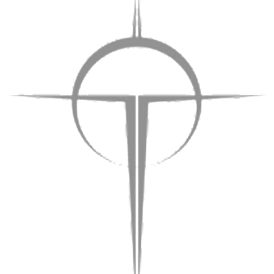 The guidelines say to use grey tones due to in game lighting effects. If we want to use this it can be cleaned up/adjusted.

We can’t use the OTG logo, since we aren’t a full fledged chapter of OTG, just an unofficial gathering

And I was hoping to get something that was a little more unique to warframe. Hence the Lotus symbol in the back.

I did play around with the dentures idea, but there was a lot of whites in use and even reducing the color because of in game lighting effects I think it would wash out the rest of the image.

I was hoping to get something that was a little more unique to warframe.

So an Arca Plasmor with a cane?

It’s too bad we can’t use the OTG logo. Personally I think the Lotus symbol in a different color above the OTG symbol would look darn good. Putting them together almost looks like it could be the head and body of a sentient.