I am so annoyed!

I’ve finally almost finished Suramar. just a few things left to do, such as the Nighthold Raid in LFR but because of the new xpack people arn’t queuing up for it so I’m stuck. I’m ready to unlock the nightborne but the chick I need to talk too was captured by Ellesande and I need to get into Nighthold to save her.

If I move on and do BFA stuff I’ll loose the legion LFR stuff. I’ve even locked my xp.

Anybody have any ideas?

Your best bet is to try and convince some 120’s to go back and knock it out with you. There is usually an NPC to talk to that let’s you run LFR on previous content without queuing. It shouldn’t take too many to get it done.

You do NOT need to go into Nighthold. The very last quest for Suramar has you killing Gul’dan but thats only for the manasabre. The achievement pops before that.
Xavius LFR is all u need for the quest for A Growing Crisis.

Hit up wowhead for more information: 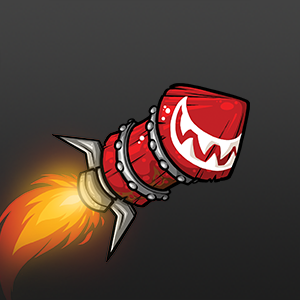 Track your progression towards attuning for and completing various Battle for Azeroth content and see what your character has left that they can do to progress.

Ignore that it says BfA, it checks all the allied races too.
Punch in your realm and character name and it will tell you what you’re missing.

If you happen to not have Xavius LFR yet, I’d suggest you bite the bullet and go to BfA. The kind of folk that would be willing to help you are knee deep in BfA right now.

I’ve even locked my xp.

I have no answers for you I just wanted to say… THIS IS A THING!?

Holy crap, this is one of the last gripes I had about WoW, not being able to really experience all the content at your own pace. I wanted either level scaling or XP locking for ages. They got some of the level scaling in 7.3.5 but even still I couldn’t experience all of MoP or Cata without out-leveling them. Now I can hit 90, lock XP and finally go through all the world content for those XPacs without being bored off my ass playing whack-a-grey?

I hope you noodle a way out of your conundrum, but thank you so much for pointing out this is a thing.

How do you lock your XP? I’ve always gotten bored with WoW in the past because of out leveling content way to fast.

This article concerns content exclusive to the original World of Warcraft game release. Level locking is the process of preventing your character from gaining XP, thus locking them at the current level when XP gain is stopped. Contents[show] How to...

Aparently Blizz changed things on launch day. You must do the BFA intro before you can unlock allied races.

I got a raid together and did nighthold…lol I forgot I could do that…lol,

XP locking has been a thing since… Wrath?

For people that want to run raids ‘at level’ and for PvPers.

And Kelryth, I assume you found the custom looking for group tool?

Because that’s what I was going to propose. Or just advertise in a BfA zone, should be some 120’s around that will help people with old content. I’ve had some luck with that. (Normal raids aren’t level locked)