We are trying again for a companion to keep Margo company. Wiley is a sweet dog and I brought him home today for a week’s trial period to see if he and Margo would connect and become friends. So far so good. No hassles, no barking, no growling over a short “don’t get too close,” and no major mishaps.

Here is the link to his page. I was having problems getting him to stand still long enough to capture a better picture than what was offered on the rescue’s webpage but out of the multitudes only two came close enough to be shared. 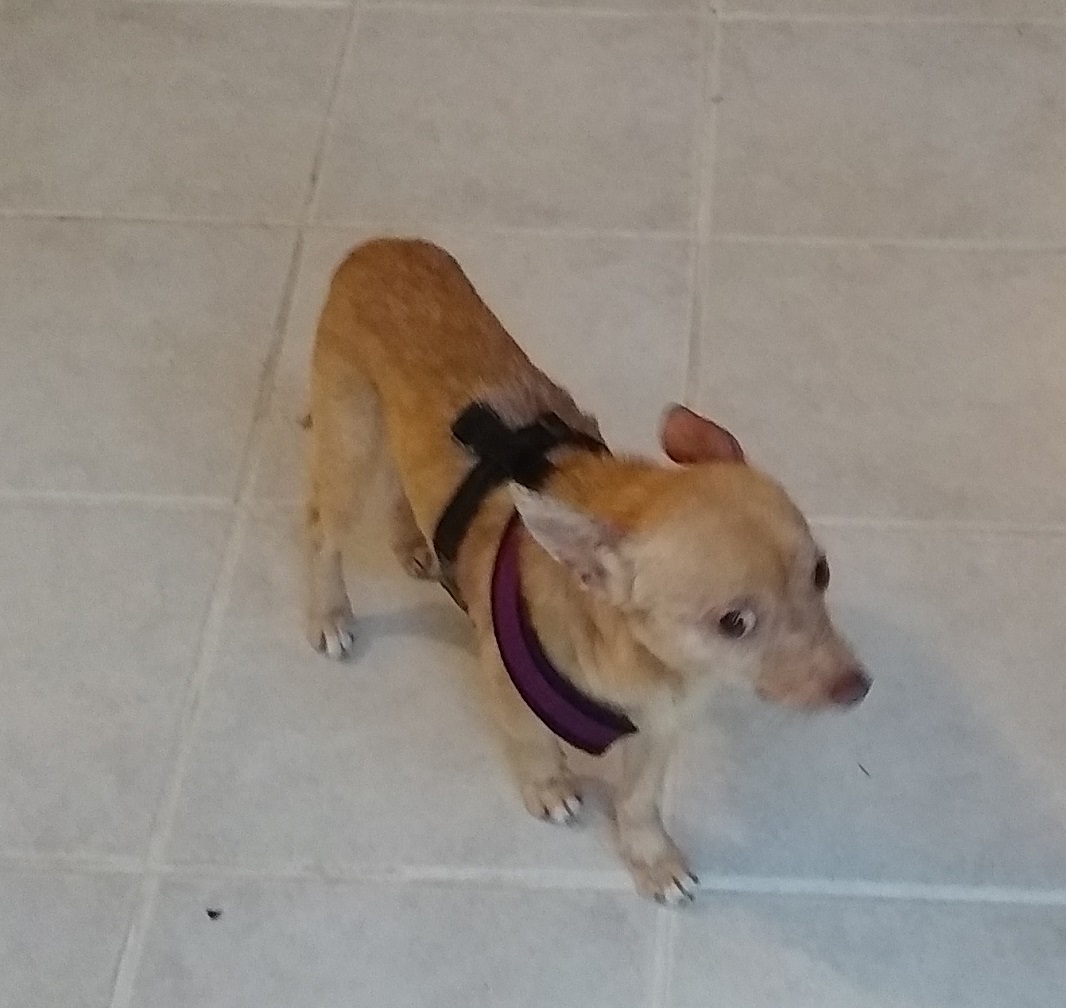 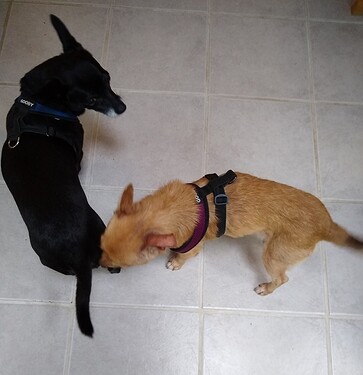 That is my hope too. So far so good …

It appears Wiley will become a permanent member of the family end of this week. However, I have to laugh because, although he is so affectionate and covered in velcro, he has no idea how apt his name really is (sans the ‘e’ in the spelling). I do not think he consciously plans some of his actions, but if Margo pulled some of those tricks, I would say she planned them that way.

At least Margo seems to be aware he is going to stay and there are times I swear I hear her sigh. I also get those ‘looks’ from her in some cases that speak volumes for what’s going through her mind. But they are adjusting. I have also managed to maintain a consistent and fairly even distribution of attention between the two in order to make sure Margo does not feel left out, without alienating Wiley in the process. He is still very fragile in his interactions with my son and me that I do not want to frighten him. I am trying to coax him out of his shell without him turning and running in fear.

Apparently, some of his experiences before being rescued have made him skittish around people. Poor dear. Anyway, the interaction between the two of them is not frosty nor is it rough or angry, but I have hopes for a really good friendship bond being created as we progress.

Today they are sharing the top of the back of the couch in the living room (I’ll try to catch a photo and post it later). At least they are not fighting over a particular spot, although Margo realized she had to let him have one of her beds…

@lynspottery I am so glad he fits in! That pic is adorable! Congrats on finding another pack member.