I am in the market for a new headset. Wired or not, either will work. Ear friendly with a decent mic. Lastly, it needs to work with a 7 year old Windows 7 system.

Sennheiser GAME ONE is what I use 90% of the time, 10% SteelSeries Arctis 7 when I want something wireless.

I swear by my Sennheiser and haven’t even considered replacing them since I got them.

From what I understand Sennheiser is an awesome brand; if you want a Twitch Stream I watch has a 5% off code for their gaming products ( Grimmmz ); yes with 3 “m”; when I’m in the market for new headset may take a serious look at them.

For now I am using the Logitech G35; love them, they are comfortable, full ear, good mic, worked with XP, Win7, and Win10. Been using mine since they first released (around 2009), and still enjoy them to this game, but to be fair I only use them once in awhile, and mostly use speakers with stand mic.

I bought a headset from Amazon called a Sades. It was super cheap, but I have had no problem with it in almost 4 years (light use). I have been told the mic is crystal clear, the sound was great, noise reduction quite good (I have kids so it helped lol), comfortable to wear for long periods of time, and I wear glasses which always makes that tricky!

The one I bought isn’t for sale anymore, but you can just look up Sades Gaming Headsets on Amazon and tons of them pop up, pick your favorite style.

Agree Sennheiser Game 1 is the best. I had a HyperX closed ear headset, and could not hear anything in the house or room other than the game, which pissed my wife off something fierce.

Game 1 is open ear, which lets air go to your ears (reducing the sweating), and ambient conversation as well. Now I know when she is talking to me, and she is much happier. Had Sennheiser for years, and this one is an advance for them. They are sturdy and do not break easy.

Another upvote for the Sennheiser Game ONE. I bought one about a year ago and am very happy with it. Works fine on my Windows 7 system.

I have the older version on that one and have been using it for years.

I’ve use a Game One for a few years, but I eventually removed the felt ear-pads and replaced them with leatherette ear-pads for the Game Zero. The leatherette is squeaky at first, but it requires less cleaning. The Game One is an open design, while the Zero is closed.

I came in here expecting ASMR posts … I am truly disappointed.

I immediately thought a Ferengi was asking for oo-mox.

Yes, I am such a strange person.

I bought and am using this headset from Amazon…not expensive, comfortable, sound is quite good
easy to install and use
Good luck with whatever you choose 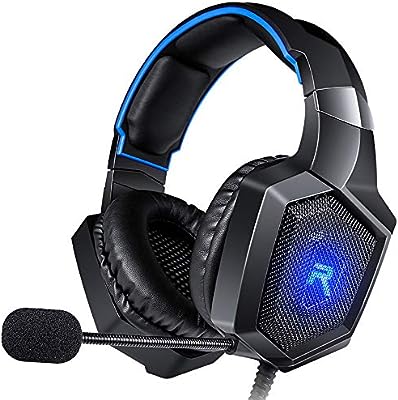 I just bought a new headset I usually don’t like to buy them. I like to just get a pair of headphones and a mic separately. The headset I just bought is Corsair HS60 not sure how it is yet though. They had a sale on them for 39.99 but 9.95 shipping. Neweggbusiness has them as well with free shipping for the same price as well. Amazon has it for 44.99 as well sigh after I ordered mine they changed the price.

My first option was going to get a v-moda mic (pretty good mic) and monoprice headphones ( i think the 8323 model) plus a usb sound card sabrent aluminum for better mic quality than onboard sound. Though I changed my mind about the sound card after the voltage went from 5 volts to 2.5 volts I think for the new models. If anything it seems like everyone likes the hyperx cloud 2 or the hyperx cloud core most places I seen.