Giving it another try :)

Last time I logged into the game it was just a hangar where you could see, but not fly, your ship. Since then I haven’t had a rig that was sufficient to really run anything without massive stuttering. I’m hoping my AMD 3700X 8 core with RX 5700XT will be able to make it run in a non vertigo-inducing manner.

Based on the progress bar, I should have it installed some time either late tonight or tomorrow. Here’s to hoping I can dodge responsibilities this weekend to figure out how to fly!

Keep us posted on how it goes, if you would. I gave up on this years ago even though I dumped a fair amount of loose change at it but I have no wish to leave the hangar and be blown to bits or whatever is the norm now. I’m kinda interested in what happens to other OTG players but I really have no desire of my own to play any more. Sad, isn’t it? Anyway, hope it’s fun!

Welcome back. I came back to SC just as 3.17.0 dropped. After many attempts over many years, I am finally enjoying exploring the 'verse.

This afternoon has been a crashfest. I saw someone mention in chat it is all the folks takin advantage of the free play week. I’ve crashed out of the game 3 times just walking out of my spawn point to the transit hub. I guess I’ll trying another time since I’m East coast and now there is a queue to login.

So I’m posting this 11 hours later. I did take a break for lunch and cooked dinner, but I’ve played for at least 8 hours today. I crashed 2 more times but aside from player volume, I also heard the latest release advanced the tech of the core at the expense of stability. Whatever the case, I was able to play some Star Marine in addition to spending a lot of time exploring.

Since all ships have free insurance, it is also a way to teleport your fleet to you when you move to other space stations, which is wonderfully convenient.

So far I’ve done “box” delivery missions for money and also just flew around since this weekend drake ships were free to rent. Apparently I just missed a whole week of free rentals from each company. Flying is hard. Like harder than playing MS Flight Simulator since modern airplanes have more nanny systems than anything in Star Citizen. You will kill yourself taking off at least once. You will die trying to land. At least those are reasonable deaths, in a way. I’ve also died three times due to elevators or public transport and ending up outside the model and falling to my death. I’ve also fallen through a planet twice when walking and switching to 3rd person view.

I successfully performed a corpse run! I died on an asteroid due to a crash and left my packages and armor behind. It took an hour to fly back there from my medical regeneration point, get to a ship, summon it with Insurance, and then fly halfway back across the system. The good news is my stuff was there and I finished my deliveries. Apparently being able to do this is newer functionality.

One bug that put me outside an elevator was suuuuper frustrating since I was trying to move to that station as a regeneration point. I was stuck in an invisible wall outside the elevator in space. I was able to move my gear to the station inventory in order to die and I’ll be doing that run again tomorrow to see if my stuff is still there.

So other than creative workarounds for dying, is it fun? Kinda? It is a space sim with punishing death mechanics that kills you more with bugs than make it actual fun. The inability to just logout when you need to also sucks horribly. You can apparently logout in your ship if you have a bed (but you better be well hidden and not in a gravity well) I haven’t tried it because the ships I have don’t have beds, with the exception of the Starfarer.

Now, I know this is a space sim, but the Starfarer is a true chore to fly. Yes it is slow, but the visibility is also terrible. So you can’t see and since there is no autopilot, you spend a LOT of time spinning in place to find your way because freelook is useless when small windows and 3rd person mode has no HUD. As fun as the idea of a space tanker was for me, the cockpit experience makes it miserable. I have no idea how anyone could ever fight in one and have a chance to survive. I also can’t imagine other players just hanging out with you to man turrets when they could be in their own fighters.

So that is my stream of consciousness so far. My advice? If you have a ship, try the game out next week. DONT’T WEAR ANY GEAR. You will crash and die and lose your starter stuff in 30 seconds. So the full set of gifted armor I had? Gone. I won’t see it again until a reset. Once you know how to get around the galaxy and are ready for missions that include armor, THEN start wearing gear. Losing your stuff to a bug will make you broke, quickly. There was someone in game who couldn’t get to their ship because they couldn’t buy EVA gear to run to their ships at a space station. “I CAN’T HOLD MY BREATH THAT LONG AHHHHHHH”

Next up? Mining and Bounty Hunting

“DON’T WEAR ANY GEAR. You will crash and die and lose your starter stuff in 30 seconds. So the full set of gifted armor I had? Gone. I won’t see it again until a reset. Once you know how to get around the galaxy and are ready for missions that include armor, THEN start wearing gear. Losing your stuff to a bug will make you broke, quickly.”

Good advice for a new player

Let me add something to that. If you can afford it, buy a cheap chest piece armor, then get a backpack. The backpack doesnt hold much loot, but it will hold your food/water and your helmet. Put 3 water and 1 food in the pack. This will keep you space born a lot longer. If you are online when im on, you can run a couple of trade runs as my co pilot/gunner. Equal splits on profits. What you have to do is plan how your going to advance. Every ship has weapons, not every ship is a good fighter. When server meshing starts working as intended, server populations are going to go up and to put it simply, most starter ships are not very good.

I’m actually super-hyped for that. I’d be happy to be a gunner and chat on voice coms to pass the time.

Mac, thanks for posting your experiences! Have fun storming the castle!

Thanks for sharing your experience!

To bad on the Starfarer. I had high hopes that would be a fun ship. It’s one that I actually have LTI on.

I’ve got a few hours experience now and I can land it, but the thing is it is meant to be something that basically only stays in space. I’ve read from other players that the planets are set up to be easier than they will be at launch, which means the big ships will only go to space ports. It does make sense for ships like the Carrack or Hammerhead to have hangar bays then, for shuttling down. The problem, of course, is that you have leve them unattended unless you have a human crew you trust. But I guess that is why solo folks are going to be limited in their actual options in some ways. I’m hoping NPC crew deals with that because I don’t see a future where most players are crew and still having fun.

You forgot they put a tug out there for that purpose. I forget what its called though. Also welcome back.

This experience sounds like the only experience I had when I’ve paid and tried this game when it became available, like what, 6-7 years ago? maybe more. This sounds horrible for a game that members have put over 100 mil (surely a lot more now) in their supported funds. I will limit myself to the non MMO version of that game, if it EVER become ready for launch.
The last space sim game I’ve played was Elite dangerous and was slightly more complex than Jump to lightspeed for example but was quite fun without noticeable bugs. Note that was over 4 years ago maybe (time goes too fast and I’m not good at dating stuff anymore lol). That game has evolved too since. For the good? no idea.
Of course, Eve is probably still a game with class but I don’t have enough time to play a game with monthly subscription fees. I’ve spent probably 5 years there, long time ago in the mid 2000’s.
Good luck with your adventure.

The Starfarer is a total Space Tanker “Role Play” ship right now but next year, when the new star system only has on port it should become a necessary, but boring, ship (kinda like crafting in most MMOs) However, a full rework was apparently announced at some point and it would make sense for it to be done for 4.0. 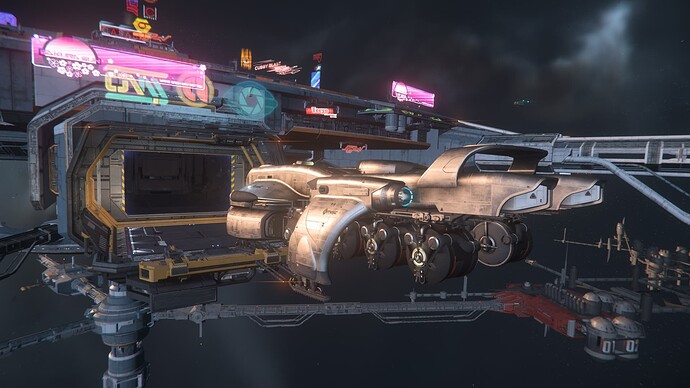 I’m not going to defend the game but there is fun to be had if you are already bought-in. I’m actually going to contun to play until I’ve tried all the content (I haven’t done much bounty hunting on ground or space yet).

It takes some time to learn to work around bugs but the sheer amount of screenshot-quality views is worth the exploration for a weekend. Lately there have been a lot of folks giving out credits to folks who need help, which eases the newbie stress if you end up broken due to bugs. 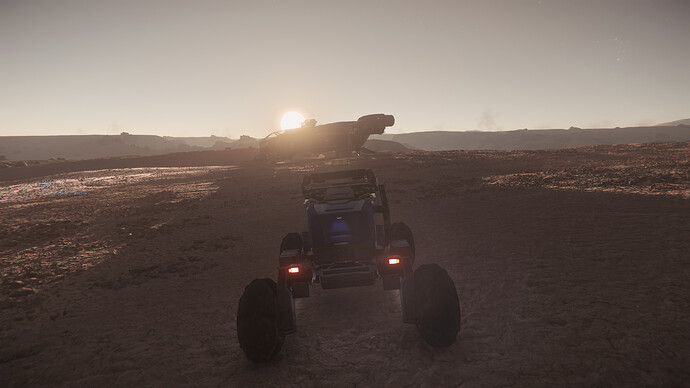 Fortunately the Starfarer is slated for a complete interior rework in the future.

You mean the SRV

I’m finding the Starfarer, despite handling like a brick, is one of the largest cargo haulers you can fly right now. It’s no C2, but that thing is brokenly good right now. Not that hauling is competitive 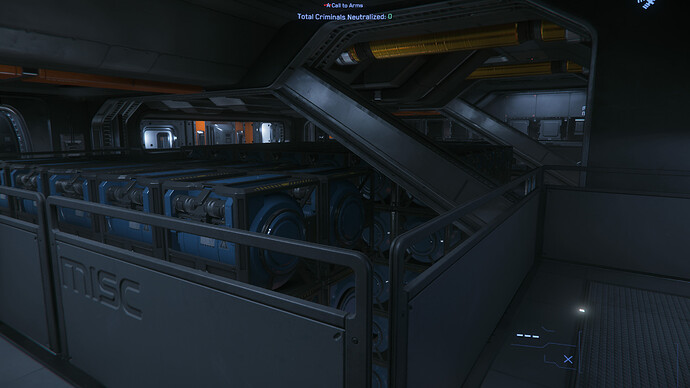