My first impressions every having played Call of Duty and thoughts on the Modern Warfare Beta. 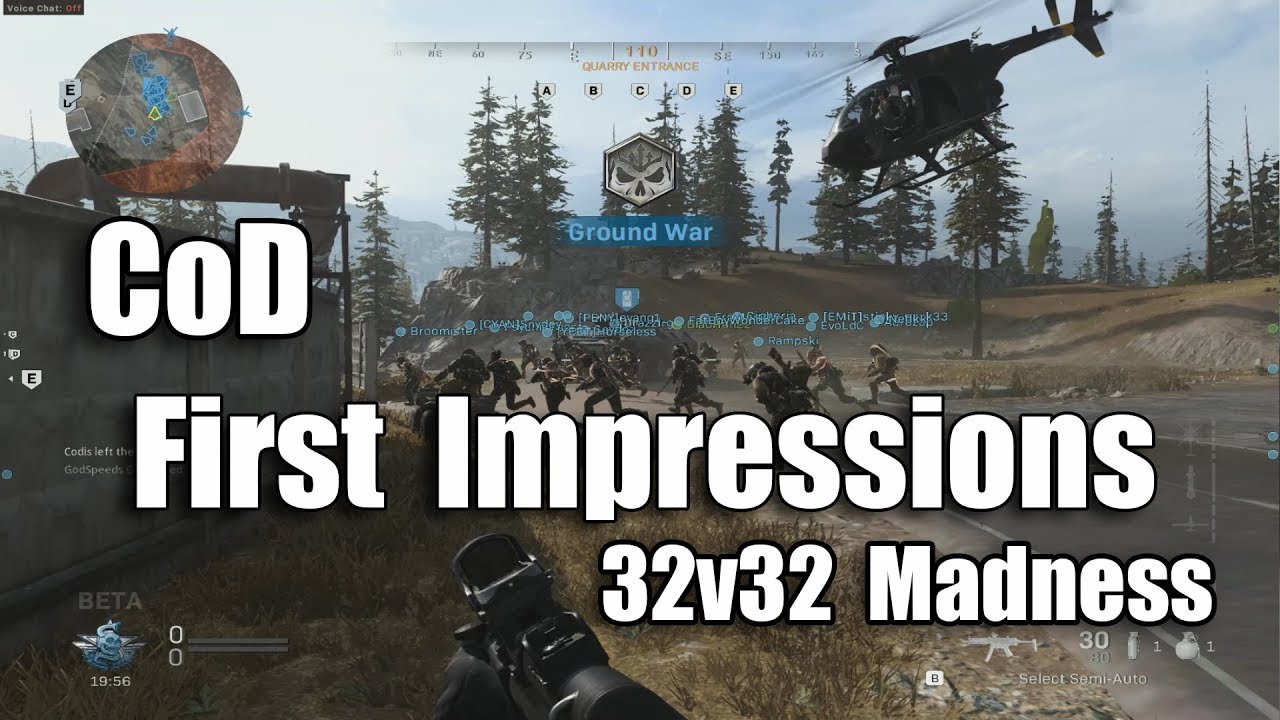 We’re just 4 days away from the release of Call of Duty Modern Warfare. Hype!

It was a little bit of a rocky start tonight. It started off with not being able to connect to the servers and some funky Shader download was taking a while to load too. Once we got in game it was fairly smooth. The movement felt a little off to me. There are new setting changes you can make, but it looks like some of our Beta settings were saved upon loading.

Ground War will be released today (Friday). There was no server list for Ground War when we got on last night. 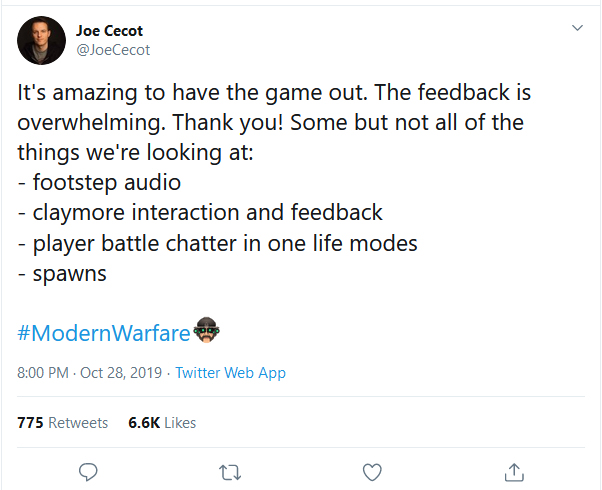 It would appear (as rumor has it) that the hardcore true blue CoD fans who have been making a bit of noise about the current state of Call of Duty Modern Warfare. with time limit rounds, footsteps, and of course KD’s that are shocking even the most elite of the elite, CoD may be making some sweeping changes: https://charlieintel.com/rumor-mini-map-returning-to-normal-later-in-nov-big-overhaul-to-mw-reportedly-coming/57757/

I like it so far. The full game seems a lot more solid than the Beta was…

I’ve been very impressed with the proactive response to feed back Infinity Ward has shown to the community.

Catch the latest from the CoD 1.08 update: https://youtu.be/wLvCKgihFCk

We had an update on Friday, November 15th with an introduction to Trials as a playable option. We’ve also learned from a leak that Battle Royale is coming to Modern Warfare. https://youtu.be/arYuYCWzxI4

The highly touted 1.09 Modern Warfare Update is out. Was it more hype or gripe? We have content additions, bug fixes, tweaks, quality of life tuning, weapon balance, footstep adjustments and more.

Thanks for all the info Buz. I don’t see a lot of OTG in the game though…