All upgrades for the Federation Starbase are complete!

Thank you for your contributions, the top entries in the leaderboard are at the bottom of the post. knightemplar shines again 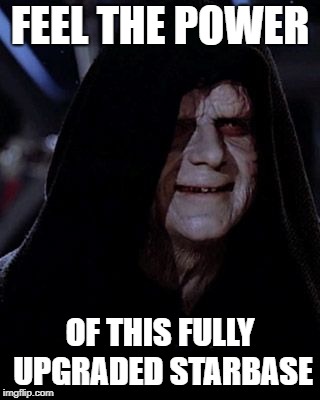 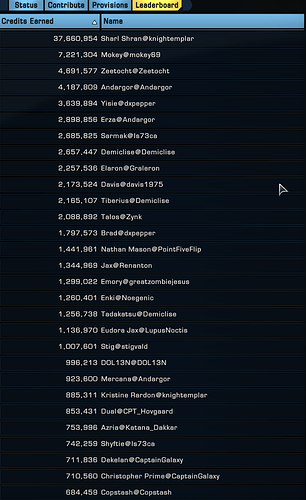 I thought there were 1 or 2 unlocks that still had to be done.

No upgrades are available that I can see. 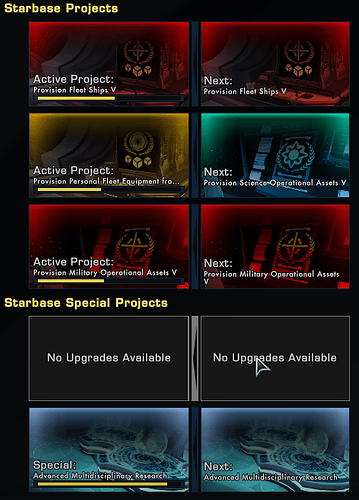 No problem, thanks. I don’t have that many KDFs as I do Feds though. I will drop what I can.

If we can get more KDF players that are active we have a chance to get into the 7th KDF Battlegroup which would help immensely to building and finishing your fleet projects. As I am a long time member of that Armada it would be able to help out not only the otg fleet but the kdf players could have access to our t5 base and other projects that have been completed and are in higher tiers that otg kdf may not have access to at this point.

The KDF side is already in a Armada. We are a Beta Fleet and their Fleet has all slots taken so we are actually getting better discounts than the Fed side fleet is at the moment. Believe me I went through a whole month of looking to find and get us in this one as I could not get any responses from people I contacted.

I wasn’t aware since I just joined OTG I did see the next project was KDF SB.

No worries. I was just trying to sum up the KDF side. Pretty much we don’t get a lot of help with projects since at least a handful of the fleets in the armada are a lot lower than ours so if someone is looking to put stuff into projects they usually check those fleets projects first. The plus to the armada we are in now is they don’t really care how active we are most of the time which for the KDF side is not very much.

I know we’ve had fleets in our armada that trying to communicate between the leaders is sparse and some of the fleets were removed because fleet leaders were hard to contact because they would lock out some of the projects.

Yeah. We where in a couple armadas at the start where the BETA Fleet we were attached to left and took us with them. And then it took a while to get in contact with the original armada leaders to get invited back. After two times I just looked for something completely new.

Also in the Starbase Status thread I actually posted where the KDF side is currently tonight. We are behind the Fed side, but not to terribly. We have 3 finished holdings, 2 others that are fairly close to doing the Tier 3 projects and being finished. And the three subtiers on the Starbase itself are all at level 4.

In the mean time while working on the colony upgrades let me know if you’re want gear from the T3 colony for use now. We will allow you to transfer to the main fleet the 7th UFP to access the primary and secondary deflectors and other items that have been unlocked at this time.