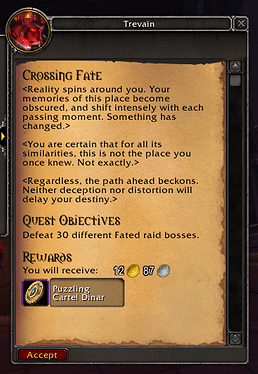 Currently the 3 Vendors are nowhere to be seen in Oribos. People have theorized it is to allow Blizzard time to still tune the Trinkets before people could actually purchase their first item. At 10 bosses per week, 30 kills will take 3 weeks minimum. 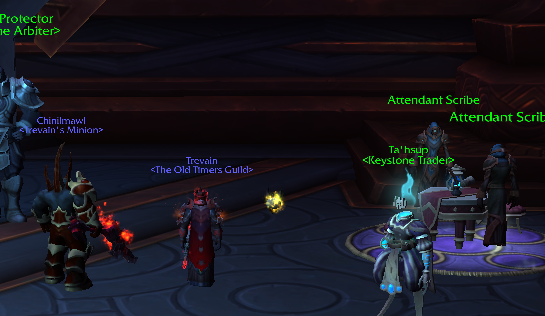 They each offer a wide selection of Trinkets & Weapons at 278/285 ilvl. 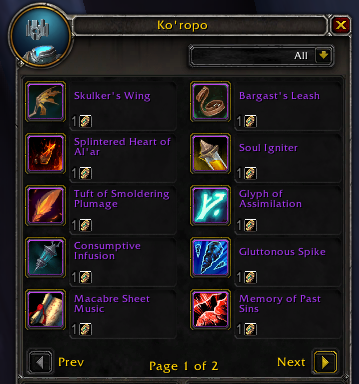 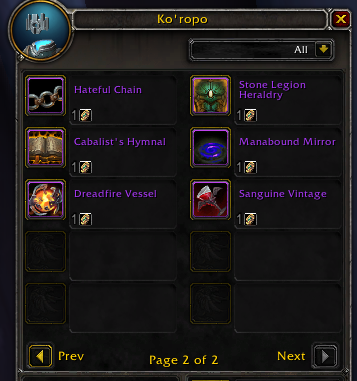 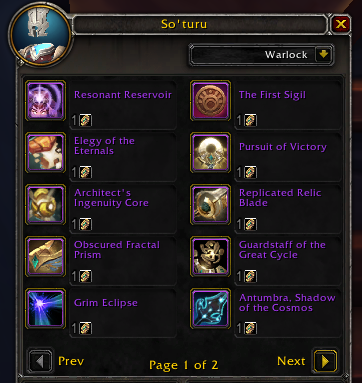 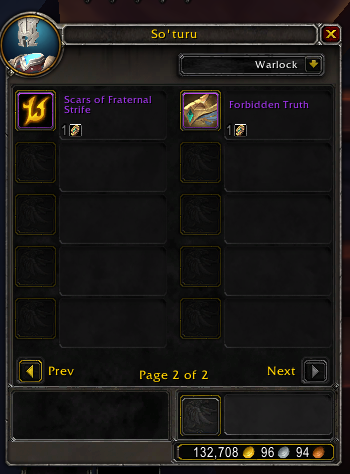 Sepulcher of the First Ones 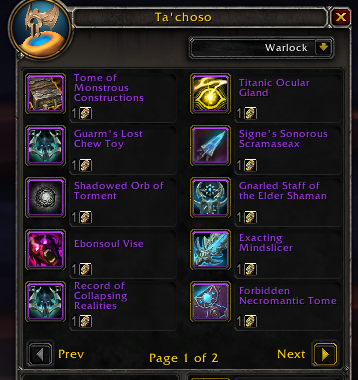 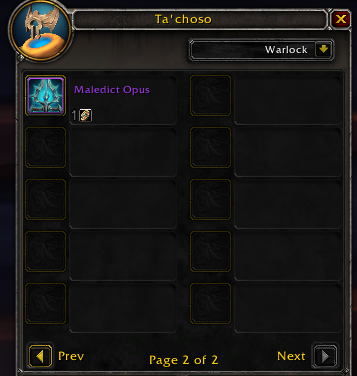 I can’t stress this enough for those wanting to collect coins. Don’t leave any Raid bosses of the Current Fated Week remain un-killed. If your Raid of Choice (Normal/Heroic/Mythic) is not going to fully clear a Fated Raid in any given week, go the LFR route and snipe those kills before the weekly reset.

Any Boss killed on any difficulty counts towards your weekly total. But, the same boss doesn’t count twice. IE, if you kill Huntsman on Normal, Hunstman on LFR will not get you any credit towards the quest.

You can now earn your First Dinar coin this week if you had previously completed both Fated Raids.

Starting with Tuesday’s reset, you could be at 20/30 kills. All you need to do is hop into LFR for Sepulcher of the First Ones to quickly finish the first quest. You can then turn in the quest for your first Dinar.

The Vendors should then be visible in the Great Vault for you to grab that elusive Weapon or trinket of choice.