Fallout 76 Store - Bought anything yet?

Curious if anyone has spent any of their “caps” (or whatever they are called) and bought anything from the store? I have around 600 caps and was thinking of getting a jacket and working on a character look (let’s just say its a black motrocycle style jacket and my weapon of choice is a razorwire 2 handed bat - hint hint). But I am not sure if should spend the caps now of save them for later.

Any advice would be most appreciated.

I have not, but only because as far as I can tell, you can get all of it in game anyway. Except for maybe the avatar icons, which I don’t care about.

You can certainly get the leather jacket, jeans and baseball bat in game.

I bought the beta cap and am now saving up for a power armor skin. So… long term plan basically.

It’s atoms that you spend in the store, not caps. And yes, I bought the clean water purifier during the beta right when they brought the atom shop live. (You still have to find the water purifier plans in-game though, before you can build it, as it’s only a skin). I have 800 atoms at the moment and I’ve been thinking of grabbing an item or two with them, but I keep putting it off

Atoms. duh, I knew caps was not correct. Thanks Daveon.

It looks like a lot of the less expensive options for clothing have at least a rough equivalent that can be gotten in game for free.

Maybe a tattoo, face paint, or something else would be in order? I am waiting awhile before I spend any atoms.

I have picked up some of the outfits. When you buy an “outfit”, you get the plans for it. You can then construct the outfit for yourself. You can not trade it.

However, every character you create will have access to anything you buy in the Atom Store.

Keep in mind that everything is cosmetic. Nothing is a “game item”.

I’m holding out for a power armor skin that I like. Kind of a bummer that there are so many awesome outfits to collect and wear and then never see because I’m walking around in the excavator suit 95% of the time.

I bought a hat plan which I’ve also since found. My best purchase was the colored floor patterns… really spruces up the old homestead.

Some hints in the datamined client files about items that may be coming later: 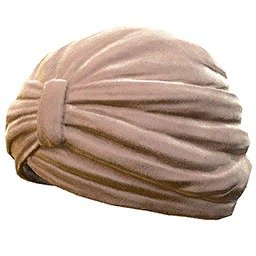 I bought that Starlet Sniper outfit, it looks badass (even on a dude). I’m saving the rest for something that really Wows me in the future… I think I’m back up to 1100 Atom after dropping the 1400 on that set.

I love this power armor skin with the christmas lights…hoping that one is coming soon. 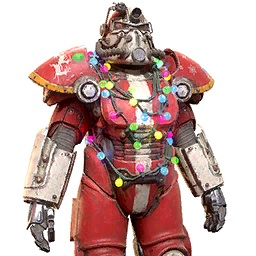 Black paint enticed me to finally spend my atomic points as well. It looks great on the X-01!

I purchased floor tiling for the house and one outfit. Probably going to have to spend some points on paint, but I’m waiting for a color scheme/pattern I like.

Floor linoleum design, a stove and one other thing that’s escaping me.

I bought the nukla cola girl outfit. Just cause

I got the nuka outfit too. Just wish they would remove the underarmor flag from it since it’s a costume. my other costumes don’t force me to take off my underarmor.