Everything that’s going away on Shadowlands pre-patch day

Well, we all knew this day would come, but I’m disheartened to see achievements that folks have worked toward also going away. That just sucks eggs!!!

Items, mounts, achievements
The ability to directly purchase our beloved Longboi (something probably spooked him away from the vendor). But do note that the Mighty Caravan Brutosaur will still be obtainable from the Black Market Auction House.

Ahead of the Curve and Cutting Edge for N’Zoth the Corruptor: gone!

The achievement (and its mount reward, Awakened Mindborer) from completing all BFA dungeons on Mythic +15.

The Mad World achievement, and its title reward, “the Faceless One,” for soloing both Orgrimmar and Stormwind in Horrific Visions with five masks.

The ability to collect a specific rank four Essence, Vision of Perfection, which requires you to complete the Hertz Locker achievement. Note that the other rank four Essences will still be obtainable on Patch 9.0, but will be removed later, at Shadowlands launch.

The 25% Haste from Leatherworking Drums — which made them almost as good as Bloodlust-like effects — is being replaced with a much weaker 15% Haste. 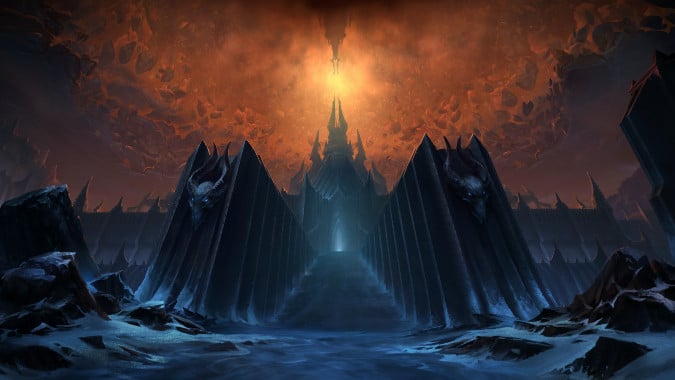 Everything that's going away on Shadowlands pre-patch day

Much is changing, or being added, when patch 9.0 -- the pre-patch for World of Warcraft: Shadowlands -- hits the servers this Tuesday, but a considerable a