Thought I would post here for anyone looking about for a hero collector type game. El Chronicle is a surprisingly well made title but the advertising for it is virtually non existent.

The graphics are impressive for a mobile title with full 3D models and spell effects/animations. The characters are fairly cartoony, though well animated - there is a distracting amount of jiggle on most of the female toons, but if you can move past that, there’s a lot of good squad building to be had. Varied characters, very well presented game layout, a lot of theorycrafting options with characters, gear, runes, skills.

Battles are done in real time, but can be set to auto or you can control and swap between members of your squad (which begins at 3 characters and expands to 5 later).

Although it has the usual cash shop purchases for items, energy, etc, it is very free to play friendly. All characters can be recruited for free over time (once you progress to certain stages) or you can speed up the recruiting via in-game currency if you’re in a hurry. The usual SS/rare RNG/gacha collecting is for equipment and runes to equip onto your characters and although there are players who have thrown money at the game, again the game provides plenty of in game resources and gems (premium currency) to allow a fully free to play player to get plenty of gear.

I play on Bluestacks (emulator for PC) rather than on a phone - people have said it can be quite battery draining on phone.

There is currently a big giveaway event for a recent update, so now is a good time to take a look at it as they are quite generous with event bonuses, with extra currency, loot , etc.

Don’t know how long it will hold my interest, but I have an account (Wrex) on the US west server should anyone want to check it out. Playerbase is probably lower than many other hero collectors, which a lot of people attribute to the lack of advertising for it. 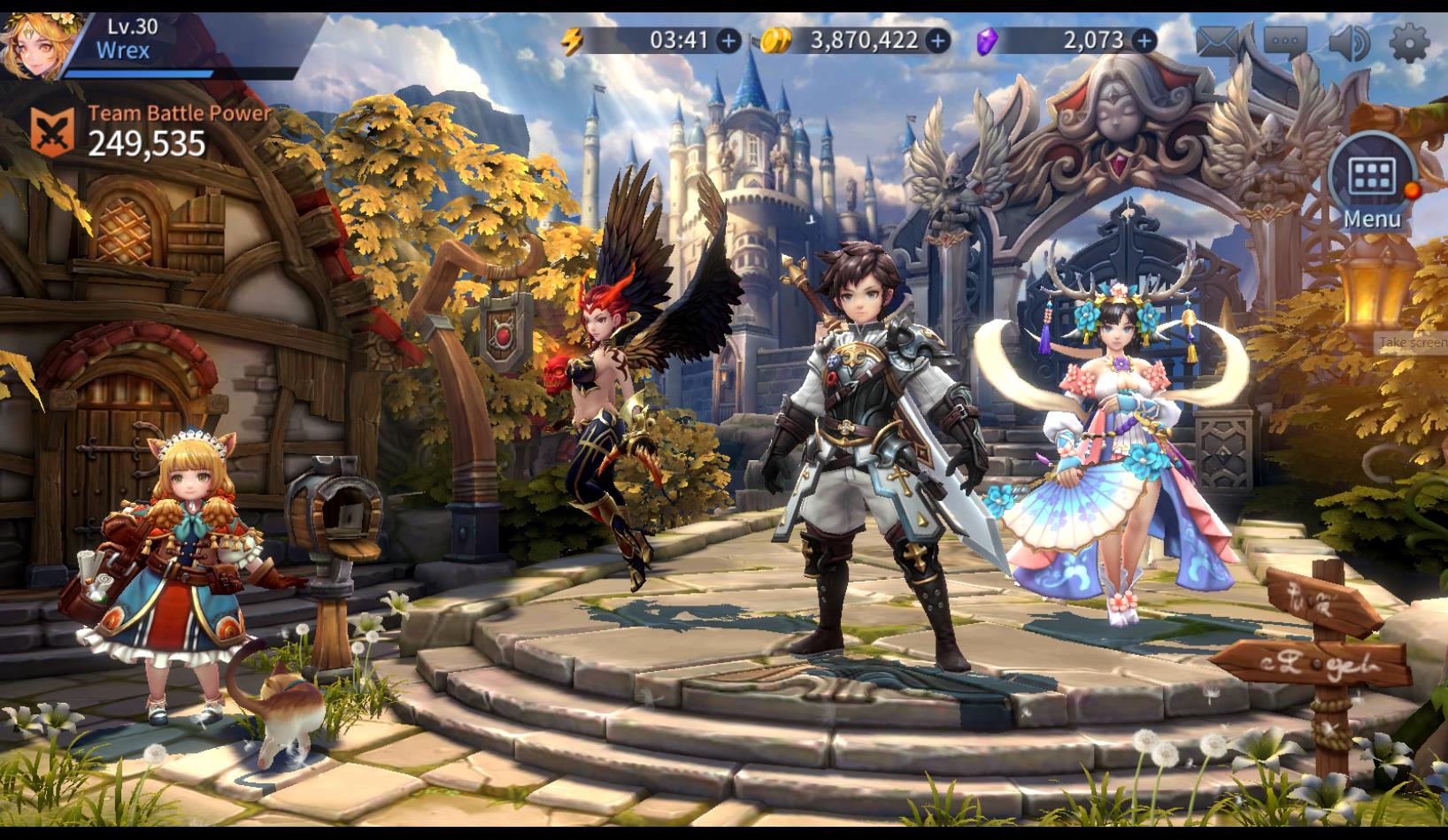 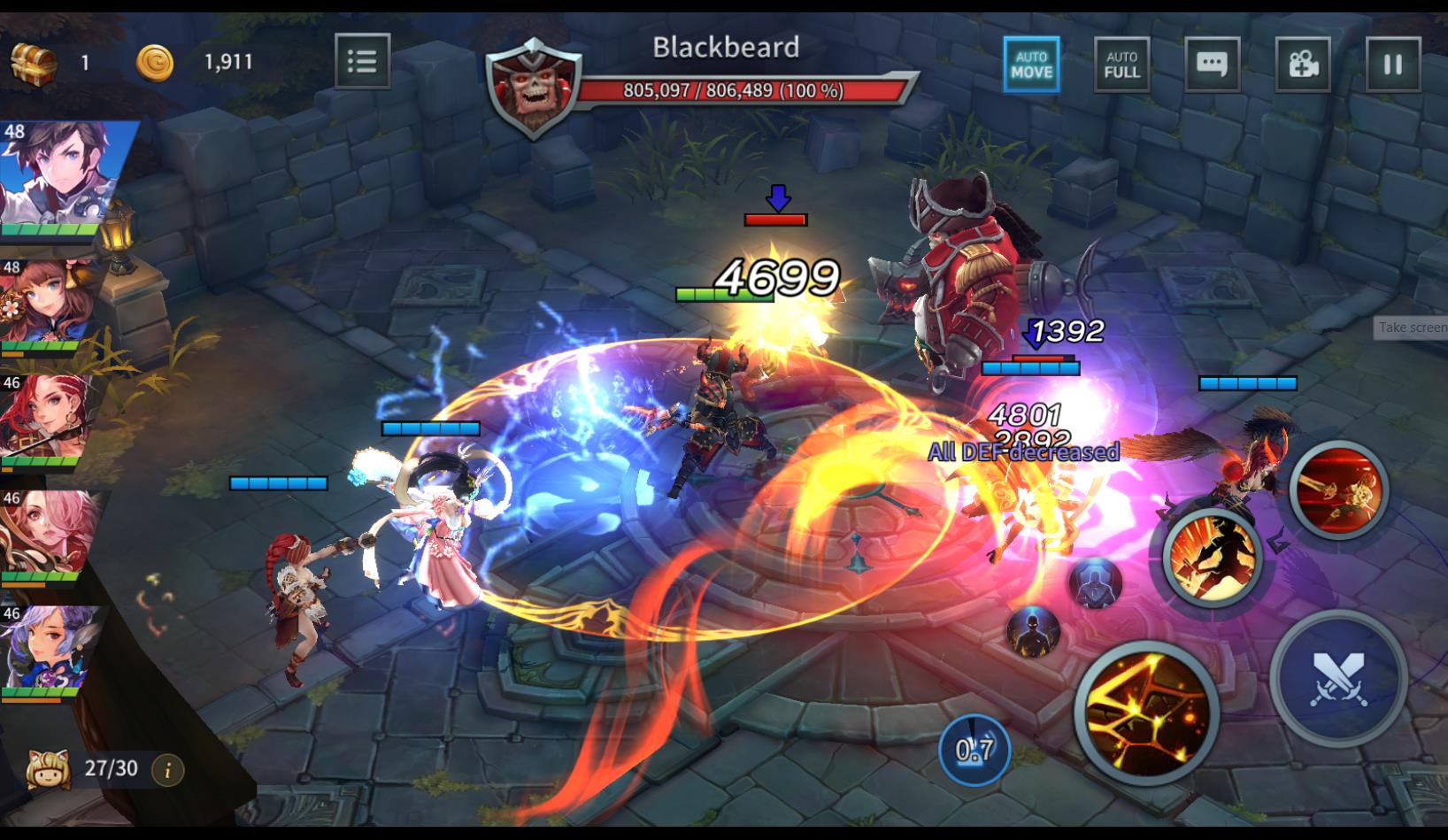 Looks neat, will check it out… and not just because of the jiggle lol

Haha yeah, they paid a lot of attention to …physics…although in fairness, there is also a female toon called Markon who is head-to-toe full plate. 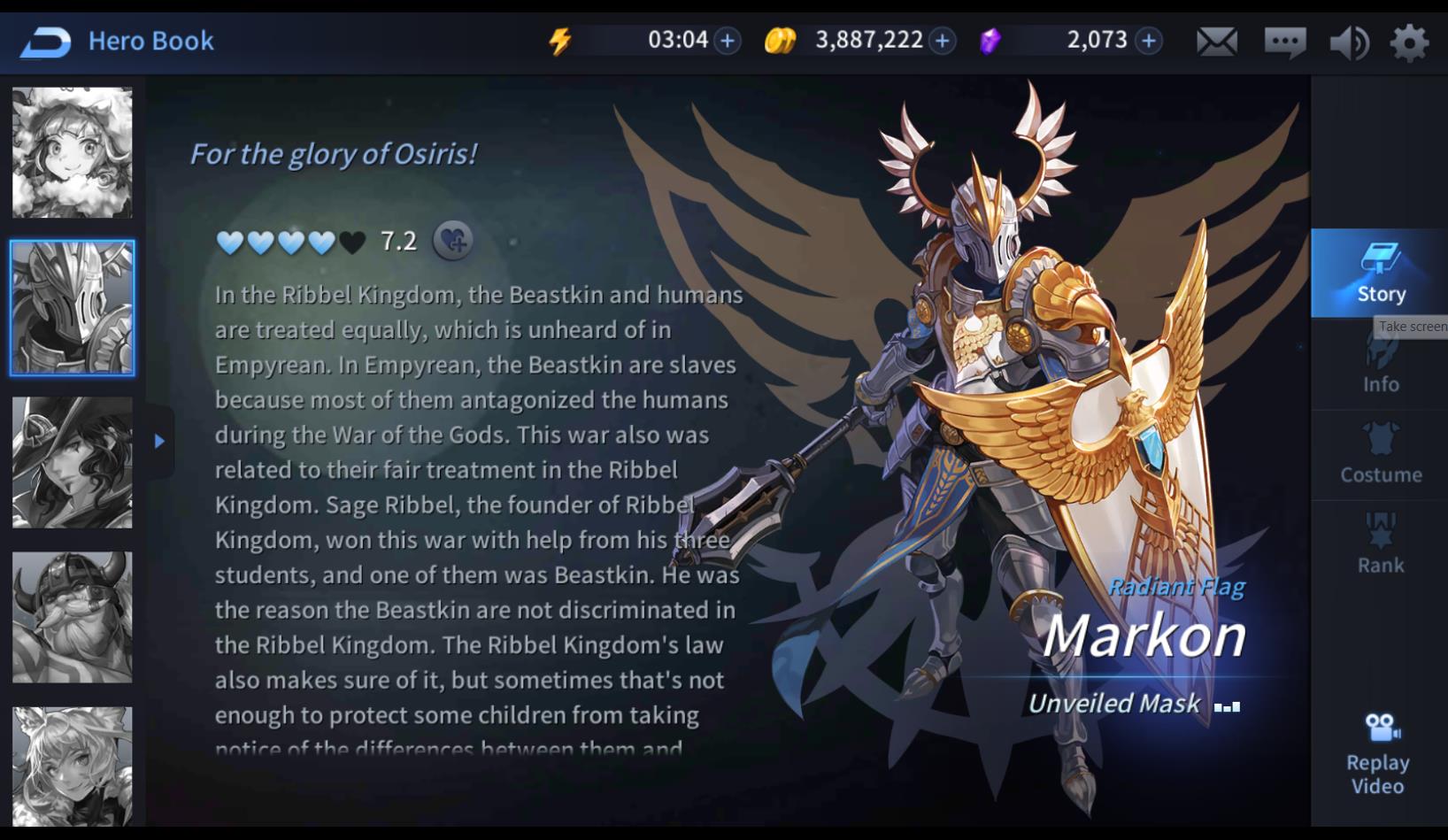 There’s a few guides/info sites for it, but not many (as I say the game doesn’t seem to have a lot of press). So far the more helpful starter tips I have are-

-Use the free crystals you get via playing for 10+1 gear summons - you get a lot of crystals free early on and this can get you T6 gear which is upgradeable to BIS and is the best use for crystals I know of.

-Don’t be wary of using the “starter heroes” - they are all decent and you get free/easy items for their upgrades making it easier to progress and unlock more heroes along the way.

-Using the free “greet” function at the inn to recruit heroes allows all characters to be recruited over a couple of days, completely free. If you madly want one toon in a hurry you could spend some gold or in-game resources but I wouldn’t advise using gems - I have about half the roster, all free and with no problems.

-Ideally focus on building up a main team of 5 heroes - if you spread out too many upgrade items then your progress becomes slower than building up a “main” team.

-Although all characters are genuinely viable (there is no one overpowered, must have unit) there are two dedicated healers - LeeJiyeon and Dice. LeeJiyeon has excellent heals and is available earlier than Dice so is usually the most often recruited/used character.

-Due to how the game handles loot summons, ideally a team is made up of 1 tank ,1 offensive warrior/support, 1 defensive suppot/healer, 1 assassin/DPS and then a double of one of these roles.

-The PVP (colloseum) gives tokens/currency which can be used for a lot of useful things including extra gold. energy and raid tickets. You set up a team and they auto-battle other pre-built teams. Even if you have no interest in the competitive aspect, the coins are worth getting so at least do the daily battles.

Whoa thanks for all the tips! I played a bit last week and was busy with family and PC gaming over the holiday weekend but going to get back to it today. I made an account on US East but can make one on US West if you are looking for people to play with. Let me know!

No need really, play on whichever server suits you. You used to be able to hire a friend’s characters as mercs when doing raids so playing on the same server was helpful, but that’s been changed now and you can only hire mercs on the world boss (where people just hire the ridiculously high-leveled whale player characters ^^). You can do multiplayer groups in real-time but it’s rarely done and most people just do their own thing.

Hope you have fun with it, the free stuff from the giveaway really helps out a lot and speeds up progress.