Is it a common bug where you end up with duplicated ships after game crashes? I now have 3 Reliant Kores in my ship list!! 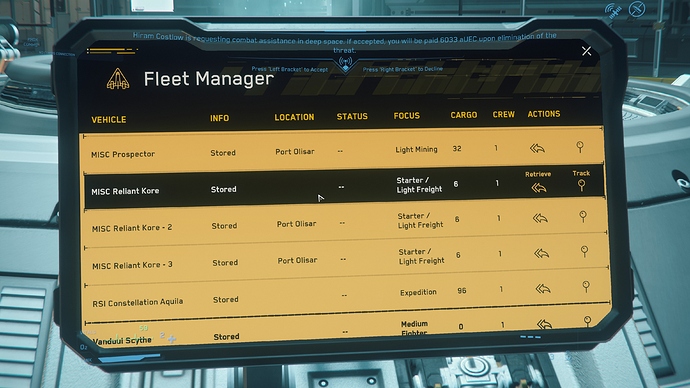 Its like this, the insurance is broken, sort of. As a result, the game will issue you a stand in ship. When that breaks it does it again and so forth. Its a kind of failsafe I guess. Until they get the regular insurance fixed. This is an old pre 3.1 problem.

If you own a ship AND you get that same ship as a loaner you will see two instances of the ship. That is one way to see duplicates.
Another is a weird claim bug where if you claim a ship and you are in mid claim and log out then there is a chance it will bug the claim and add another instance of the ship when you log back in. This bug has been around for a while and some people actually exploit it to hand out instances of ships to friends and org mates.

On top of that, there is a rental bug where you can rent a ship and in certain cases you will get it permanently instead of for the limited time. Then if you rent a second one it permanently adds the ship to your list as a duplicate.

There are other instances and situations where the dupes can happen but I forget them all. It is a pretty common and well documented bug.

Ok thanks for the replies guys.