They talked about it with the Kraken and the Vulture, they finally got it made. Interesting ship, looks kinda like a B-Wing

This is Early Bird, not everyone may be able to access it yet.

It looks interesting, but I didn’t see any stats on it, just a $195 price tag.

Yeah, the Herald was asymmetrical until it wasn’t. Also I am full to the gills with exploration ships. We’ll have to see what details are put out after the fact.

It’s the Drake answer to the Connie, that’s all we’ll know for awhile.

@brohawk There are never any stats on these Concierge Early Bird sales, only a picture and price.

Despite being Concierge I never click the buy button until we get the Q&A normally.

Looks like it might be either on par with the Connie or a step between the Connie and Freelancer?

For those who cannot see the link, here’s a gallery of all the pictures: 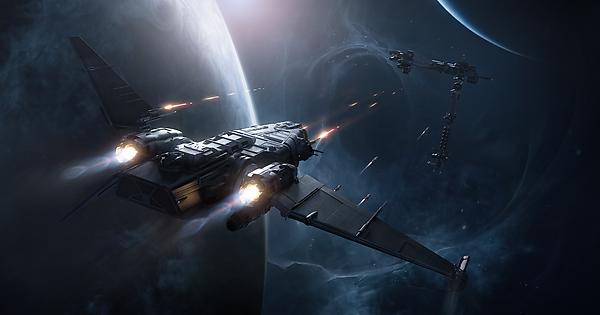 As usual. CIG fails.
Concierge level sale and we know shit about the ship.

I have no idea what you’re talking about, gazer. I will say that most of the cool names are already claimed, but I’m happy with the one I got

So you couldn’t get TheMacallen Mac?

It looks interesting, but I didn’t see any stats on it, just a $195 price tag.

ATV up yesterday where they talk about the Corsair, I don’t think any any stats were given or I may have just missed it due to his accent, he is difficult for me to understand.

I feel my sci-fi knowledge is lacking as I don’t know where those names came from.

Now I’m really glad I got one. The cargo is in the back, easily accessible. All of the equipment is in the center hub, including engine access, then the crew/defenses are all in the front. Honestly, from a layout perspective, it’s the closest to Serenity we’ve gotten so far, though not nearly as big.

I snagged a CCU to it just in case. If I didn’t already have so much money discounted on my 600 I would likely melt in favor of the Corsair. It does look like a nice multi-crew ship.