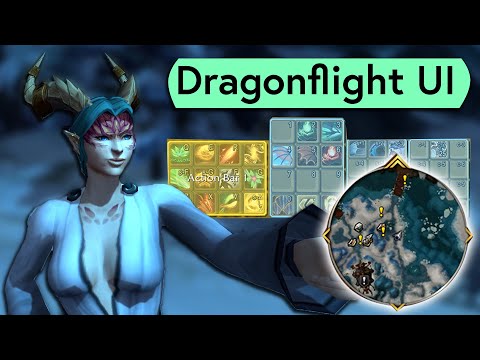 Yea…very possibly more, but we shall have to wait and see.

I was back into beta today playing around with the ui and found a lot that I did not find when I first tried it. But I still cannot find any way to unlock the bags to move them away from the extreme right side of the frame.

If anyone knows how without an addon, please let me know.

Does not seem to be a way without an addon so far Lyn.

I will keep an eye out for a small addon that might let you move it to where you want.

What position do you normally like your bags to be in?

Here is my current UI setup in retail. From what I was able to figure out, not only do the bags in Dragonflight cover the entire right side of the screen but the chat box cannot be adjusted either. Also none of the micro elements can be moved (or sized if you need to be able to see them), and the Objectives we have showing our quests, etc., also cannot be move either (this I thought was odd since in retail we can). 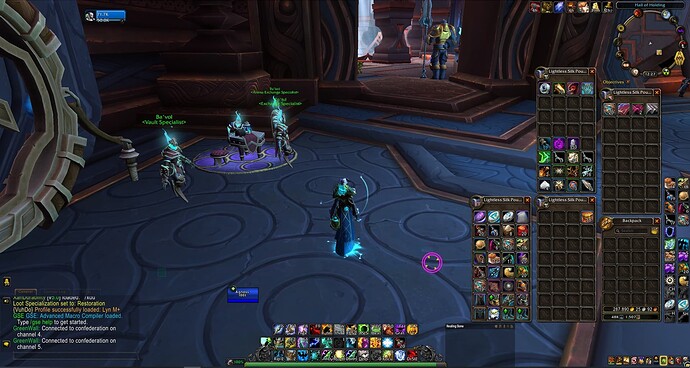 @NoobTaco I hope its only a temporary thing during Beta and will be fixed before launch. But I have been disappointed before so I will not make the assumption they will allow unlock of everything. I’ll be back in later to play around and see what I can do. I did find I could hide the dragons on bar 1, so I’m happy about that.

Hoping they will also allow us to have a grid in order to allow elements to click together as well. I’m also happy that I found I could reorganize my bars into vertical/horizontal settings sort of like 3-4 across and the rest of the bar down. It will help me arrange my hot keys in such a manner I won’t need to reach across my keyboard for much in combat.

Here is my new ele tree from the Dragonflight beta. I figure I would play around with it and I think I did a pretty good job although I’ve yet to actually use it outside of just pounding training dummies. It felt pretty good. 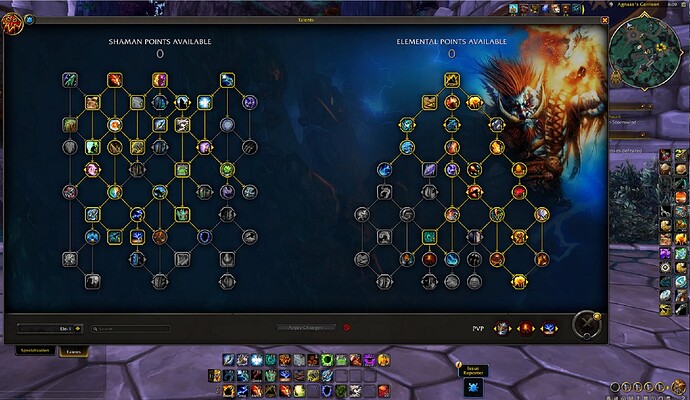 I haven’t really looked at Elemental. I know they have the most talent node choices in the game. Should allow for some fun customization.

So what were you trying to get out of this build? Was this a Raid ST or Mythic + AOE setup?

Just curious as to why you picked what you picked.

I was trying for a decent raid setup first. I also saved it so I could try for an M+ build, but have not finished that.

Since I told Prissy I would step aside from raid healing in the upcoming xpac to allow someone else to heal, I needed to do a dps build to replace my healing spec. Although I will be able to still build one on the side, just in case she asks for someone to switch over.

I really hope to find something that can bring something useful to raiding, however, I do not see much yet outside of just dps. I wanted to focus on some really good utility to help others in raid, but can’t see any that look promising. I’ve been watching videos, those few that are offered are pretty opinionated and don’t offer much generalize info yet. I figure that will change tho.

I also plan to work on my warlock too since it appears that will be a lot of fun again. I want that fire lock build again.

Speaking of Warlock Destro spec…I ran into this video just this morning. Mac you might find it interesting because of the poster’s comments as he explains what he found working and what was not working, according to tooltip info, and his own testing.

I may try this later today, just to see what it feels like. But here goes: 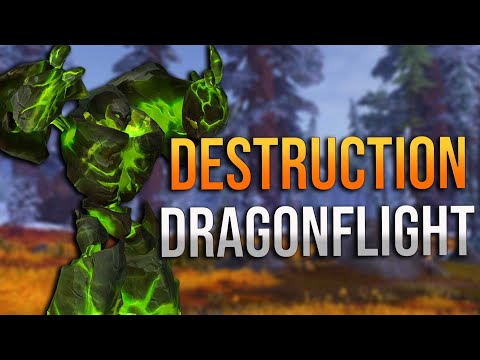 Kalamazi is on speed dial for me.

His discord channel has a lot of good information shared by other warlocks across all 3 specs, raid/mythic+ etc.

I personally just don’t get into Destro rotations. I have really enjoyed Demo this expansion, and can’t wait for the Zoo Build.

Affliction is still my favorite and hopefully is raid viable again in 10.0. It still needs tweaking honestly, they can’t figure out how to balance DOT damage between ST & AOE. Kalamazi had some really good suggestions on how to improve the spec, but Blizz continues to focus on Rapture as the shard spender. Bleh…

I had hoped Bliz would be more forthcoming with stuff based upon a lot of good suggestions all around. They seem to be listening more to feedback, but I still think they have a little of that “I know best” mentality with regard to class balances and builds.

now that one I have to check out. I’ve had a difficult time trying out the demo build in SL, for some reason I just could not get very far even using some of the suggestions offered. I may have to see what I can manage to get into on a “zoo build” which sounds like a lot of fun.

I mean we get a PIT LORD this next expansion…granted he is bugged atm and isn’t hitting for anything worth being a capstone talent. But the idea of summoning one in the midst of battle just warms my heart.

Too many talents are bugged atm, so we don’t know what is going to be fantastic vs just meh

Yes…that is what I’m finding out with Shaman too. Ah well, soon enough they should get fixed, enough folks are pointing that out. 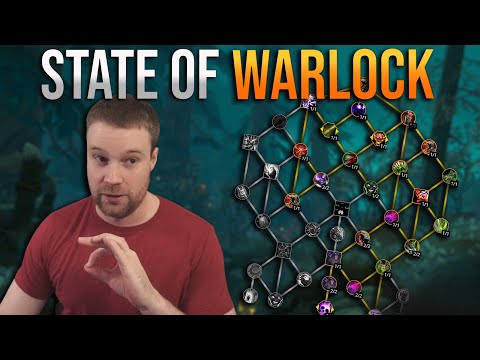