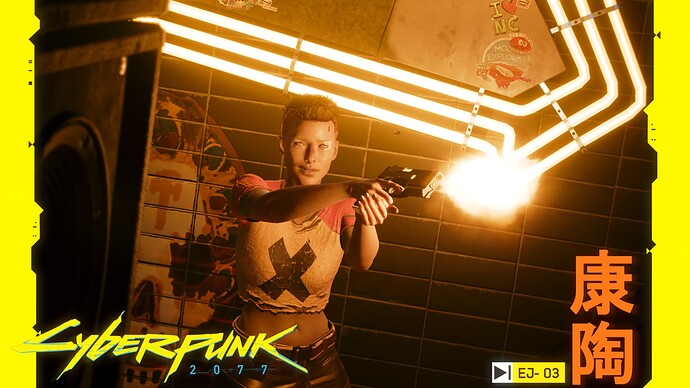 I removed all my mods, reinstalled the game, started a new character and at the beginning of the first mission after the initial intro with Jackie, he hands me the Militech shard to teach you how to do combat, but I get no option to get past that part. I haven’t tried my other toons, wanted to start fresh and see how the changes work out without mods.

Downloaded it and installed it. Haven’t tried it yet.

Did the patch address a change you were waiting on? It seems to be a 43GB patch, according to Steam.

Or … CP2077 released and did not live up to features and promises. More promises were made/scheduled and missed overall. CD Project Red went silent on CP2077 back in October with the aim for 1.5 to be a new start of fixing/addressing/delivering features.

At least that’s my understanding and how I’ve been looking forward to this patch 1.5 and what comes after.

btw: that’s my “V” in game. played a male V originally. playing a female V this 2nd go to see what might be different (dialogue / options).

I have a steam 1.5 patched vanillia CP2077. Started the female street kid, above, as my first and only play through was a corpo male. Last night when I was with Jackie in Kopeki Plaza I could actually see and make out the paintings, the building interior walls, I could see the green foliage/plants, I could see the iguana in Yori’s apartment. My first play through everything was dark. Same PC as last year nothing changed but it was great being able to see my environment.

I don’t know if you have played a game and it just seemed dark and no matter what I did with my monitor or Nvidia settings seemed to make a difference.

Now, in the city on foot / car … the haze, smoke, fog, rain, those effects seem richer. Before the effects were great but since the 1.5 patch the last two days the neon smokey haze is dialed to 11. The cars seem “heavier” but controlling car via WASD is just awful. Long ago I had a steering Wheel for “CarmaGeddon” and now that rocked driving around. Anyways, the cars seem more weighty and I guess that’ll be a good thing instead of the bouncy bouncy bumper car I remember at release.

Something I noticed in the initial car fight w/ the scavs and the Arasaka drones when your fleeing in the Delamain … I can not change to another weapon. It draws out my pistol and I can not switch to my rifle as I remember doing during the “intro” (when Jackie is driving) when the Scavs in the van ambush you.

Anyways … I’m in a happy space … I’ve had this 2nd play through on my mind and driving around Night City in the middle of the night with the rain falling down. Neon signs whipping by, the moon’s glow lighting up the clouds, air vehicles silently gliding through the sky. I love how atmospheric this city they made is.

yeah, I have the same problem, even with the gamma adjusted, now I can’t see my character in the character screen other than a silhouette and barely in the mirror. So definitely something is amiss there.

I have over 660 hours playing the game, have played through at least twice with each background and started another character fresh after the update. While I am not thrilled with not being able to setup my character’s looks, you don’t really get to see them anyway in game unless you take pictures which I don’t do.

I still think it is a great game.

So I found a thread saying to roll back your AMD driver to 21.10.2 and that worked. Now I can see my character.

I tried the newly released Xbox Series X|S demo and wanted to like it but on this platform control was really bad for both driving and shooting. The demo lets you play from the start for up to 5 hours.

The controls were so touchy it was difficult to stay on the road or aim a weapon in a timely fashion. Keep in mind I’ve recently been racing in Forza 6 and shooting in Halo & Gears of War without issues.

I tried playing with the sensitivity, turning both axis way down and still found control awkward.

Ultimately, considering how I love the Witcher series I consider this game to still be unfinished when control on console isn’t decent out of the box which is the norm in my experience.

The game either still isn’t getting adequate QA time or it is but it isn’t getting sufficient engineering time to address issues found by internal QA and beta if it had the benefit of a beta at this late stage.

With so many high quality releases competing for my time I don’t have time for this. It’s a shame. Having retired from a career in software development I can see that yet again, management never learns from a long history of projects that failed to varying degrees because they made promises the development team could not humanly keep for them.

No software ships without bugs. That isn’t humanly possible either. However, that doesn’t begin to excuse badly broken game releases like this one was. They made a lot of money based on previous reputation but they really harmed that reputation here.

I’m glad I never, ever preorder any game nor do I ever buy one on release. I save money, time and frustration with patience. It doesn’t require much patience either with so many titles to choose from. Like many (most?) gamers I have a backlog of owned games anyway.

On a bright note I get the impression things may have turned out a little better for those of you playing on PC. I don’t doubt the team worked hard to make a great game again and then fix it after management screwed them and customers. I hope the fallout gets the message into some thick management skulls that yeah, quality ON RELEASE matters. It matters a lot.

After this many years though and given human nature I’ll be sticking with wait and see on all games. It pays off. 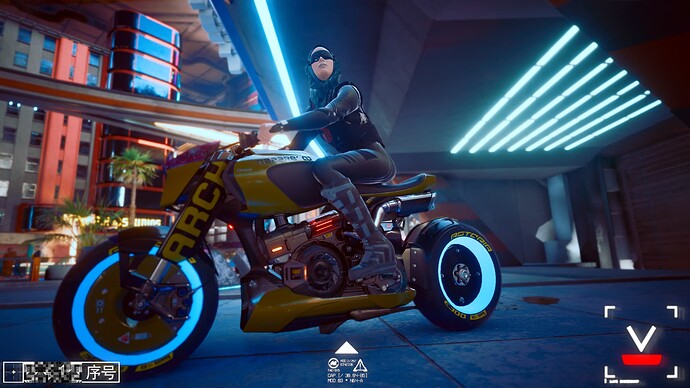 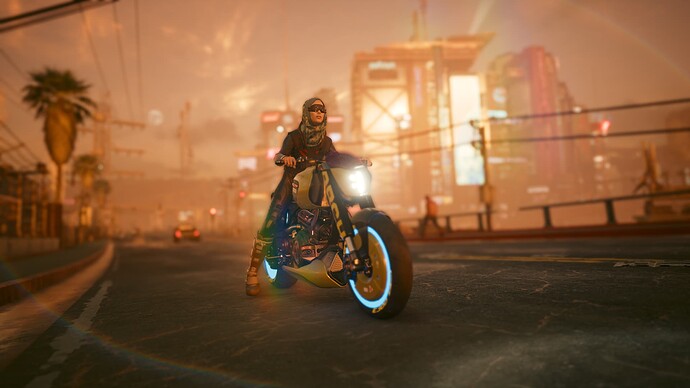