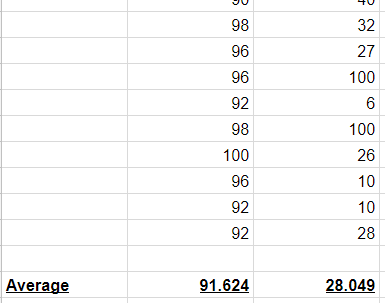 Controversy, Old Friend: It’s Good to See You! Our Fallout 76 Post Made a Lot of...

Hello, everyone. Mike here from HC. I hope you had a wonderful Thanksgiving Day and Black Friday! Well, another shocker: someone has recently shared a post challenging our findings in our Fallout 7…

I would have to strongly disagree with all of the low ratings FO76 has gotten too. Buggy? Sure. It’s still a hellalot of fun to play as is and is only going to get better.

I’m enjoying the game. Playing it at my own pace. Some of my Shadow Group friends are grouping - but, for now at 88 years old, I am taking my time with the game.

Good to hear Trustee! And glad you are in game with us. You’re always a trusty guy to have along.

Last night I was working through some resort down SE of the big dry lakebed. Some level 21 and a level 7 entered the building and proceeded to gank me. I was level 13 at the time.

Since I’d dropped a lot of adhesive, I decided to go back. My camp was near so I headed back in and tried to knock off the level 7. I was in his face, unloading my fulled decked out shotgun and not so much as scratching him the whole time?!?!?!?! I chased him around for almost a minute until his buddy came back and helped kill me again.

Now, I’m not one to usually cry foul over PvP, but something was rotten in Denmark there. I put almost 20 some shots into his face, point blank range and his health bar never budged.

So was this a server sync issue maybe? I was shooting where he really wasn’t? Dunno, but it was rather frustrating to not be able to kill someone half my level. He was shooting at me with one of those wimpy laser pistols which didn’t do much damage to me but it was affecting my health bar.

Check in the game settings and see if you have Pacifist Mode turned on. With that mode on you will do reduced damage to other players and will not be able to initiate PVP.

I checked, definitely not in Pacifist Mode.

I have to assume it was just server desync as the servers have had their issues of late.

Nah. If a player is in Pacifist mode, you will do next to nothing in damage . You can ignore them. A player in pacifist mode will take no damage until they return fire, then it’s full pvp.

Thank goodness dying in Fallout does not punish you. All it does is drop all the scrap of junk you picked up, and mark on the map where you died. Your weapons, food, healing medicines, etc… are not junk.