Each Clan will allow up to 50 accounts with up to four characters each, which means you will have plenty of like-minded folks to play with you in The Division 2.
Creating one is easy, and is unlocked early in-game during the story progression. Anyone who has unlocked the feature can create their own, but to start progressing a clan, a total of four members is required.
With so many members, it may sound as though it would be a bit troubling to keep up with the goings on. Thankfully, the feature includes a feed specific to your clan that’s keeps members up-to-date with activity and progression. They can also leave messages on the feed and the clan leader can also pin messages in order to coordinate events.
In addition, each clan will have access to two voice channels for up to 25 members each.

How to Join a Clan in The Division 2

When searching for a clan, a number of options will be available to help you find one that best suits your particular needs or playstyle.

Creating and Managing a Clan in The Division 2

When creating a clan, you will start off with designing an insignia . There will be various options to choose ranging from icons, a background and border types to create your own unique design.

Once you have created an insignia, it’s time to give your group a name . A clan name can be between 4 to 15 letters long and the clan tag, which is visible to all players, consists of three capitalized letters. You can also write a presentation to introduce your clan to your players.

Each clan is also able to set a preferred privacy level which consists of the following:

Clan membership is also organized into four ranks , which will help tremendously with organization and structure:

what designs and most likely colors, do you want to see for the clans insignia 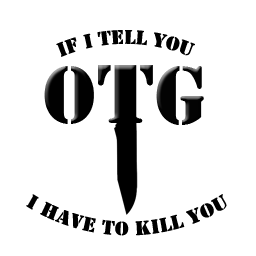 But honestly … the regular Guild logo is fine by me.

no uploads at this time

There will be various options to choose ranging from icons, a background and border types to create your own unique design.

like white capital building with red stripe on a blue background

i’m fond of the colors red white and blue

So I saw a clan invite flash by in the middle of a fight…no clue on how to accept an invite haha.

almost 5 hours in and i still haven’t unlocked the clan functionality. so far the only negative i have for the game. hopefully tomorrow!

Did you go back to the settlement and recruit the NPC? I know I forgot until like level 10…oops.

yeah i have to do a couple more projects that aren’t available to me yet…at least i don’t see them anywhere. assuming im right about what i need to do! going to google while i eat

Turns out there are 2 main missions you need to do…the one i still needed was level 6. Luckily I was almost level 5 starting out but I got it down and am now ready to be invited.

Do I need to send a clan invite in game? and if so which one? i’m assigned to clan 1 would that be the one with the blue background?

The best thing to do is progress until you unlock access to the Clan system. ( 2nd Theater Settlement Mission) You then need to talk to the NPC and recruit her. Once that is done, speak to Zercon in Discord (Or send him a PM) and tell him what Clan you are registered for (What clan you were put in) and he will send you a clan invite. (You will have to make sure your Ubisoft name is correct).

I finally got the Clan NPC unlocked tonight and I requested an invite to Clan 2 tonight. I will get on Discord tomorrow sometime to request an invite. Way too busy with work lately.