I just found this and nothing is currently set. I’m lvl 35. Does this mean that I have 1000 points that I could have been using to make myself stronger this whole time? What is recommended for a Mage? 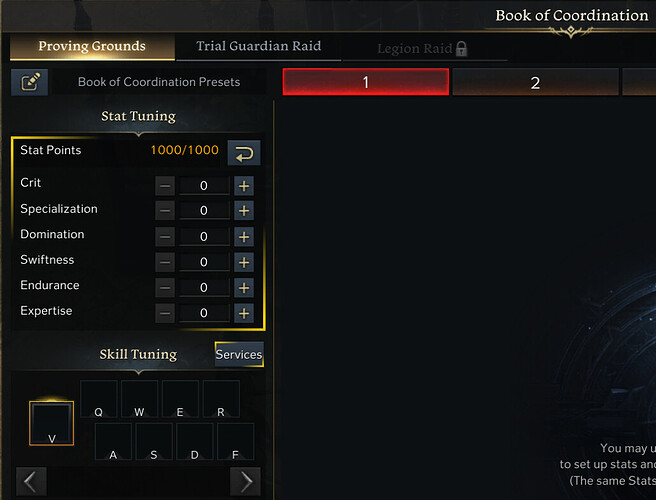 Book of Coordination in Lost Ark? The Book of Coordination is a relatively important aspect of PvP when playing Lost Ark. It is activated the moment you finish the Luterra part of the storyline and unlock PvP. It is a menu that allows you to play around with your skills and create different builds for battling against other players.

Lost Ark - What is the Book of Coordination - Slyther Games

Still not sure how it relates to my character in pve. Obviously right now I have my regular skills set up and leveled. It looked like if I change these around it would change my current build around. Therefore my question is, do I have to fill this whole thing up with skill points, and if I don’t while I’m still doing the story, am I missing out on a whole bunch of extra power I could have?

You know in some games it tells you every level to add your points to strength and wisdom and Constitution and stuff, as well as leveling or choosing skills. Are these basically those extra bonus points and I just haven’t been allocating them as I should

Still not sure how it relates to my character in pve.

It doesn’t. You have two builds available for PVE unless you pay to unlock more tabs in the ability (k) window.

The Book of Coordination allows you to create separate builds specifically for PvP and Raid content.

I’m not sure it’s required to enter Raids but again it gives you the ability to set up another build without having to use one of your two standard PvE build slots.

It gives everyone the same max stats to work with for PvP. So I think the Trial Guardian and Legion Raids are also PvP.

Thanks for this explanation. Since I’m only level 35 and I am still in Lutera, would I even have any raid content yet? Or PVP? I don’t think I’ve seen anything like that yet.

That is correct with one exception that I know of.

There are PvP islands marked on the map with crossed swords. That appears to be open world PvP using your own gear stats instead of the Book of Coordination stats. I don’t think you are autoflagged for PvP because I didn’t see that every player was PvP hot. But when I noticed someone who was and attacked them, I was impressively one hit into oblivion.