Claim territory and apply taxation and behavior rules to that which you own: be a benevolent governor, a feudal lord, or a ruthless dictator. Territory ownership is visualized on your dynamic zoomable World Map, with Fog of War obscuring uncharted regions and Shroud of War hiding enemy territories out of sight range. Contest other government’s ownership of land, structures, or ships to expand your empire! The top large-scale Spheres of Influence on the Official ATLAS’ are visualized in real-time on the Play ATLAS homepage. Design your own custom flag per-pixel to apply to your claims, to be famous (or infamous)

Sounds pretty interesting. I’ll probably give it a try, at least on a local private server with all the settings on super easy.

As with ARK, I’ll most likely find the official server too punishingly hard or timers taking too long for my taste.

Plus I’ll want to mod in things like flying airships, questionable clothing choices like some Skyrim mods allow lol, NPC/pet resurrection ability like an ARK mod had, and other fun things.

truthfully I think they added way to much at one time but I will be trying this game out. And the way they are going to cluster the servers as one is crazy, they are going to do it like EVE but use the sea to change servers with no zoning will be interesting to see. If they pull it off maybe other games will do the same thing

I will probably watch it to start with . I am very skeptical of this game with them talking about what you can do and one is take someones virginity. This makes me think they are condoning rape and to me this is not ok in anyway. I hope it was a play on words that was poorly chosen but we will see.

got pushed back to next week

Doesn’t look like there’s a whole lot of interest at this point but if anyone starts or joins a crew for us old folks let me know. I’ll be buying the game shortly after it goes up to start the download but wont be able to play until tomorrow so I’ll check back here to see what island everyone is starting on

Same Darthaden, since early access supposedly starts around 6pm ET that means downloading overnight with my snail bandwidth. Since the game will be very ARK-like being in development for 2~ years I suppose there’s no great rush.

Hoping for the best, the game world needs a decent MMO to take our minds off the crap they’ve been peddling.

it is only 30 gb so maybe not to long

ARK is hogging around 168gb. If the 30 holds true then it might finish up around midnight if the CenturyLink squirrels are running fast. There’s hope. Yay for pirates before bedtime! 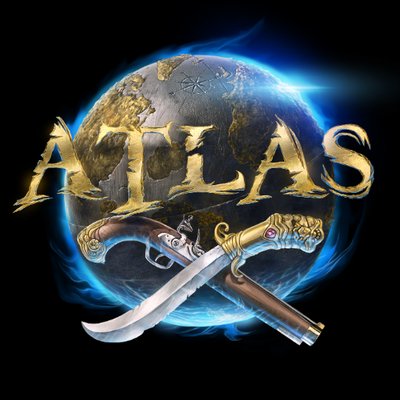 Bummer on the latest time bump… I finally finished watching the awesome Black Sails tv series and was totally ready for more pirates. A Friday launch would be a great way to stress test the servers and stress the devs. Win!

That just sounds wrong on so many levels.

looks interesting, i may have to try this one out tonight with some beer drinking tonight.

Looks like there’s two threads here. I just came across this on Steam. Can’t wait to check it out. I checked discussions and couldn’t find a launch time. Checked Twitch and there’s several streamers with countdowns. Looks like it launches at 5pm CST today. I haven’t seen a price yet though. Anyone know the cost? Does OTG have a Discord? Arr, where we meetin’ mateys?

Supposedly it’s $29 to buy it during early access, or $50-something at launch