The developers are introducing a large content patch this month, and along with it a SERVER WIPE. Clean slate for all, PVE and PVP! The estimate is around March 20th (update: 27th… test server estimate is the 20th), give or take. A test server is supposed to be up before then.

Great time to jump in and start fresh with everyone else! The OTG Atlas PVE chapter has a few dozen active players on the NA-PVE public server (we are also very active on OTG Discord). There’s also some folks playing on the public PVP server and some on private servers/discords as well. Something for everyone!

The game is still Early Access, but crazy fun and addictive! If you ever played Ark and enjoyed it, you’ll love Atlas too (same controls/concept). $29.99 on Steam, but will probably go on sale for $25 just before the big re-launch.

Just a quick update to the re-launch timeline…

"… the Public Test Server will be released late March / early April and we expect the test realm will run for approximately 1 week .

And if that test week goes well, then the wipe happens and the great land rush begins.

Update on the Atlas test server and server wipe… new date is this Wednesday, April 3rd for the public test server to be up (Steam beta). The official PVE/PVP wipe and fresh game relaunch with all the new goodies will then be the week of April 8th. 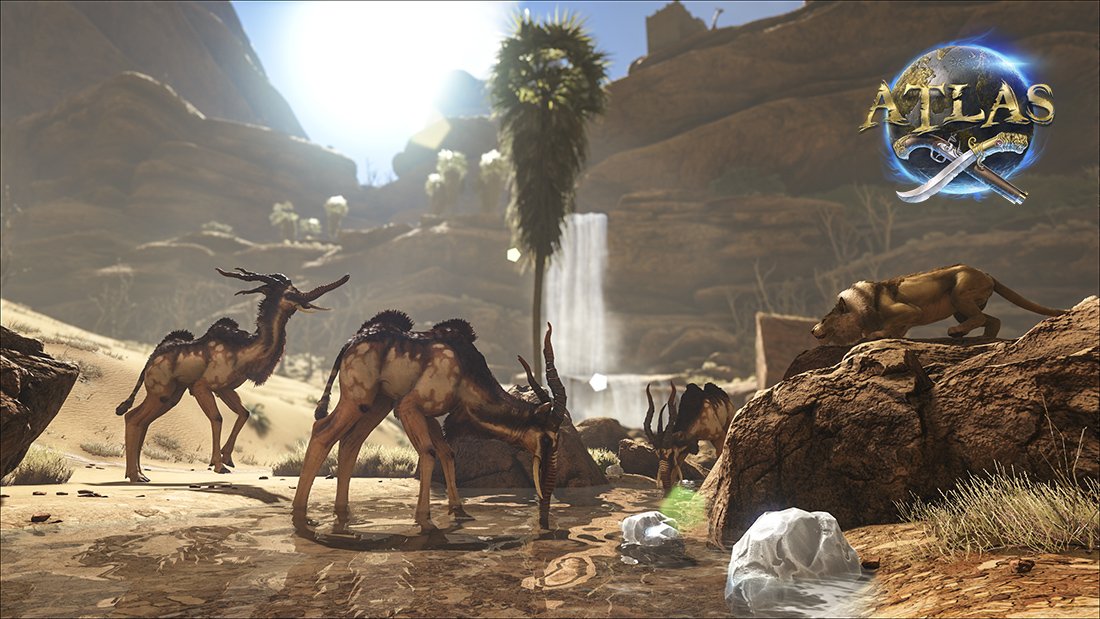 Hey Pathfinders! Just wanted to come in and give you a quick status update for ATLAS 1.5 before the weekend. We are planning on launching the Public Test Realm next Wednesday, the 3rd of April, and by then there will be an in-depth Captain’s Log...

The relaunch of Atlas is very near! Literally any hour of any day now as they wrap up the test servers.

If you are interested in joining OTG’s Atlas group on the public PVE server, hop on OTG’s Discord (there’s a #Atlas text channel as well as several Atlas voice channels)! Bambi is the Chapter Lead plus there’s a bunch of other helpful folks that will point you in the right direction for the relaunch and mega update.

Update… the devs just posted that the Mega Update 1.5 will launch April 11th at 10 am PST… HOWEVER… it’s for everything but our original NA-PVE (that will go live in a couple weeks). A bit disappointing, but they are bringing up the following fresh & live:

It’s believed that the servers are all housed in the same place so the ping for EU shouldn’t be any different than NA’s. A good practice arena.