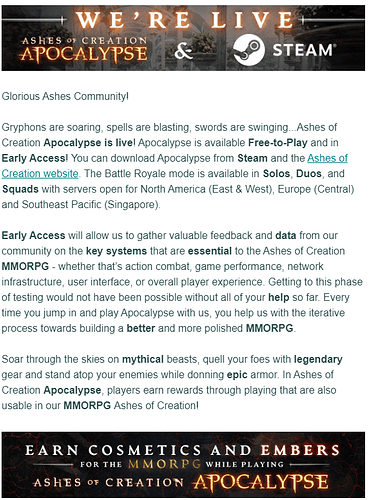 Well. I guess they released something!

Hopefully they can now get to actually making an MMO. Far too many people eagerly waiting for that

The graphics are all really nice looking, though, and the combat isn’t bad either. So here’s to hoping we get to play some quests early next year!

not playing this, waiting for an MMO

This is really just a 24/7 testing environment for combat mechanics. That said, if folks are interested in seeing the graphics and getting a feel for some combat and gear types it is free to check out.

I was able to learn that my current PC can not handle running this game haha. Kinda figured anyways my ancient 9 year old PC wasn’t top end even when I made it. Time to build for the future just been putting it off for about 3-4 years.