With the announcement of the Mole, the quick view we got and the concept seem catchy. I like the boxier look versus the Prospector. Downside is currently I wouldn’t have other crew members to make full use of it, (obviously not an issue later due to all the wonderful people here), and it doesn’t seem like something a solo pilot would take out.

I’d like some initial feedback and thoughts since we have next to zero information on it. Consider potentially upgrading my prospector, consider having both, or just sticking with my Prospector?

And yes I do have an Orion. I consider it separate from these, however, since the Orion will require some organization to play with a full crew and escorts.

FYI the pilot does not have control of any of the mining lasers. So this is definitely NOT a solo friendly ship.
You would have to get out of the pilot seat, move to a mining turret, mine the rock, scoop it up then move back to the pilot seat each time you mine something solo. All of that for only 2x the storage capacity of the Prospector means this ship is not meant at all to be used by single player. Now, as soon as you have a couple of mining turret gunners with you, it becomes a different story.

Personally I think this ship is a giant fail. That is until AI or AI Blades come in. Once that happens you can hire NPCs to do the work for you. Until then this is the worst mining ship to use.

I kinda figured as much but i’m really sold on the design. I guess that is enough to table it for now. Perhaps once we get NPCs or the blades, it will be worth another look. Or if full persistence comes into play and activity increases for guild ops.

I will most likely be picking up one .

I like the design it will help with a couple of friends that will want to mine but don’t want to buy the prospect. Hopefully It will be cheaper than the Orion or pulling out my 2 prospect for short runs.
I’m not sure on the 2x cargo with 3 miners but haven’t looked into the cargo capacity stuff so don’t really know what’s what yet.

it was confirmed by one of the devs to have 2x the prospector storage using the same MISC storage system as the prospector despite being an Argo ship.
But of course, all things can change between concept and release.

It’s an interesting looking design I’ll give it that. I have an Orion so I don’t feel like I need this at all. If I’m going out and doing some mining I’m gonna go big or bust. Now if the Mole was a salvage ship instead of a miner…

Yeah they need a decent midsized salvage next.
The Vulture is bleh with having to get out of the ship to complete the salvage.

Something with a 2 man crew, 3 optional, that can carry about as much as a Freelancer in scrap…that is a ship I would buy

Hear hear. The Vulture feels like it can’t carry much at all. …and probably not be able to put up much of a fight to defend it’s haul should it get attacked.

Not really - I think the Mole, as is in the here and now, only useful for the very very few nodes that require multimining due to their high resistance. Eitehr CIG will make more of those appear, or they’re going to introduce clusters for more rocks. Not entirely a great thing.

I thought that when they put in mining laser upgrades that would solve the difficult node issue. If so then that is even less reason to get one. I do agree that with the lack of node clusters having more than 1 miner right now is a waste. Back in EVE, where whole belts could be mined, it made more sense as you could use multi lasers on multiple nodes. Mining is EVE was also the dullest thing you could do.

Side thought, I wonder if they will make it so that the Orion’s mining laser is too strong for small nodes and might be restricted to larger or more difficult rocks?

Yes, I will be buying a Mole.

I have blown myself up enough times to know mining is not my forte.

This made me laugh way too loudly at work and my co-worker looked at me funny. There was no way I could really explain it to her that she would actually get it. 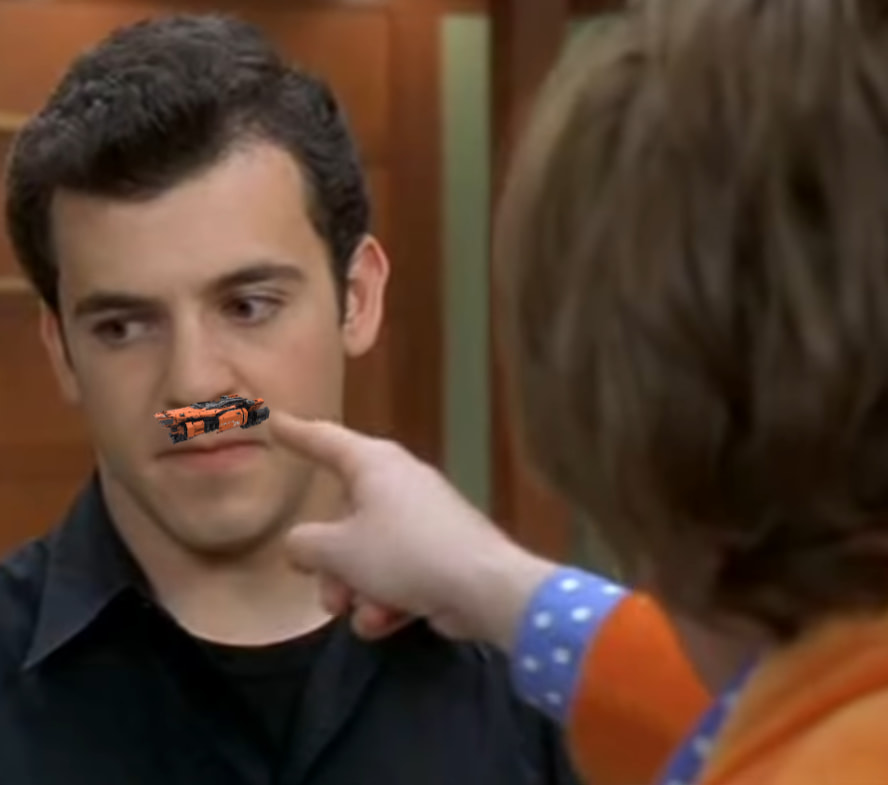 Watching the video I really like the look of the MOLE. 2 man mining looks like a ton of fun.

Think it was mentioned in another thread but, is there any likeliness that the mole might be the loner for the orion?

Looks awesome!
I think mining lasers will be an easier NPC skill to implement, so no Solo, but solo+NPC I think will be doable.
It’s big, but not too big. If I was into mining, I would get it for sure!

I ended up getting one…

It was in all black and couldn’t resist

I snagged a CCU from my Eclipse but not applying it any time soon. Just wanted the option later in case mining becomes more appealing to me.

It is a good miner, though having multiple lasers on one ship seemed very odd to me at first. Overall the ship is well designed and solid. It has ample crew space, but not a lot of wasted space. With three mining lasers it can definitely chew through some rock…but they either need to be the big hard to destroy ones that are really meant for the MOLE, or they need to be smaller ones close together. Like I said, at first this looked like a stupid design…but it actually works in the game universe and still leaves a valid place for the Prospector.

If I were a miner and had a crew with me, this would definitely be the first ship on the list.

I agree with that Simdor. Ideally I would have at least a 2nd person so one could stay in the pilot seat however it’s not too bad to solo fly. I’ve taken it out a few times now and overall it does the job when its not having issues. (like having the mining seat showing a fighter hud, or just not mining due to server lag) I’ve gone to the hidden belt and there are spots that have multiple nodes but still few and far between. The new mining heads are a nice addition to mining game play.

In the end though, i still bought it because I like the look lol