After Playing through the “tutorial” mission in the Demo today, I had to put through a bug report. I will post it here. I’d love to see if anyone else had these issues, or if not - how did you get around them, or find the stuff? A very frustrating morning. (I am ignoring here the flight issue on a PC with keyboard & mouse. A separate horribleness…)

In all fairness - it is a great looking game, and the missions and NPC interactions look pretty good. There is a lot of good potential here; but…

These are the details I gave EA:
This is the PC Demo version. I am playing as a level 12 Ranger.

To access your inventory, change weapons/skills, and craft is all done in the Forge. One way you can access that is right before you go up the platform that your Javelin sits on is a terminal to your right. Access it and you can do most of the stuff you were having issues finding. Hope that helps a bit. The rest I would just be speculating on.

Nothing can be done/accessed unless you are at the fort. You cant change weapons/gear or loadout mid mission. You have to go back to the fort to access the the forge to do all that.

Thanks, Beornin. I did not see that at all. That helps.

I also tried the game with an Xbox controller, and the interface is much more intuitive. I even found the “Cortex”, which I couldn’t find using my keyboard/Mouse. That answers some more questions. I hope they make the interface MUCH more intuitive for the newbie at launch. Sigh

I also tried the game with an Xbox controller, and the interface is much more intuitive. I even found the “Cortex”, which I couldn’t find using my keyboard/Mouse. That answers some more questions. I hope they make the interface MUCH more intuitive for the newbie at launch. Sigh

I don’t want to sound too negative (for that I have Discord), but I really wouldn’t hold my breath as to them making the UI and the controls any better than they are.

In all the feedback and answers, they’ve shown an astonishing lack of understanding as to why people find things unplayable. Their current control-scheme, UI build, things like chat features (doesn’t exist), things like having to hold down buttons for things, but not for other things (the Forge for example opens without having to hold down your button…), etc are indicative of a structural lack of design knowledge.

They won’t suddenly acquire that, so I’m going to give it a couple of months and then will check back, or read recent reviews/bother OTG people still playing

Well, you know what they say: “Hope Springs Eternally”

I do understand your viewpoint, though. Seems like an obvious case of “Ooops - We forgot to do this for PC. Better just port it over from Consoles and hope no-one notices”.

And [budge over and make room on the soap box], I whole heartedly agree. Controller only. ***-can the keyboard.

Interestingly - part of the issue I had with Keyboard/Mouse was that the pop-up labels (like “Forge [F]” and like that were very slow to show or just did not as you walked by stuff. With the controller, stuff showed up clearly and right away. Made for a poor experience. weird…

The interactions with NPC’s was a bit odd. It was like there was a back-story going on that wasn’t well introduced. Hopefully because it was a demo…

I did enjoy the game once I went to a controller. Flying was really cool. I may spring for a 1-month premium membership to try it out once it goes live. What the heck.

You start at level 10 in the demo, so you’re missing a huge amount of introduction

And I’ll never play what’s basically an FPS with a controller, so count me out. lol

Oh yeah. I forgot about the level 10 thing. Duh…

Actually - controllers aren’t “too” bad on an FPS. I got a pair of Kontrol Freek extenders and they help. I agree - not as crisp movement and control as keyboard; but all depends on what you can put up with. Sometimes i just feel lazy and sitting back in my chair with a controller is a nice change…

I played the demo and didn’t have any huge issues with the controls except when I tried to swim. I don’t understand how I can manage to fly without running into things(mostly), but can’t swim in one direction easily.

My biggest concern after the demo, reading some articles, and listening to some youtube videos, is that the game may be significantly lacking in content at release. Not just endgame raids, but basic mid-level stuff.

That being said, I am cautiously optimistic. The flying and powers make me feel like a superhero. If the game comes out with enough content(or can get to enough content quickly), doesn’t have a high amount of bugs, and the servers are mostly stable, it will be a winner.

Sorry I have no feedback of help, but I just wanted to take a moment to say thanks for the informative post. - Cheers.

So in regards to the PC controls, did you guys see this: 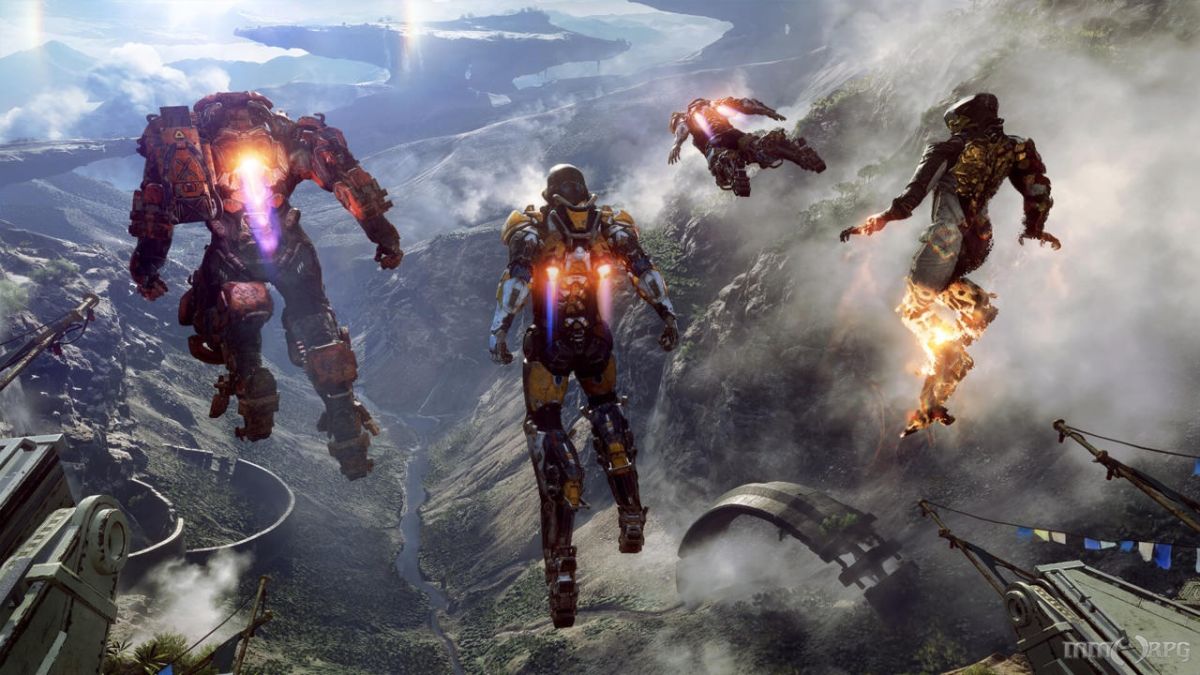 The extensive tuneup won't be available in the public demo, but will be in place in time for release.

Yep! And to be brutally honest, I don’t trust them to know what they should actually change.

I agree. I think they might make slight tweaks but not an actual fix to make them feel good.

First keep in mind it was a demo based on an older build. There were things that have been fixed in the final build and is a fact due to plenty of people through EA gamechanger invites that have attested to this fact. Tons of videos by those that participated all over YouTube.

Third here is link to a wonderful video that is made totally from the demo that was available. I love it. Anthem is going to be awesome

Theese one Hopes that is the case, Mezilar.

I think the game has a lot of potential, though there are a lot of FPS’s out there already. The market is getting pretty saturated. Hope it finds it’s niche. Finding it difficult to find bandwidth to try all of the cool looking games coming out! (Yeah, I know - 1st World problem…)