100th Anniversary of the ship scuttling at Scapa Flow 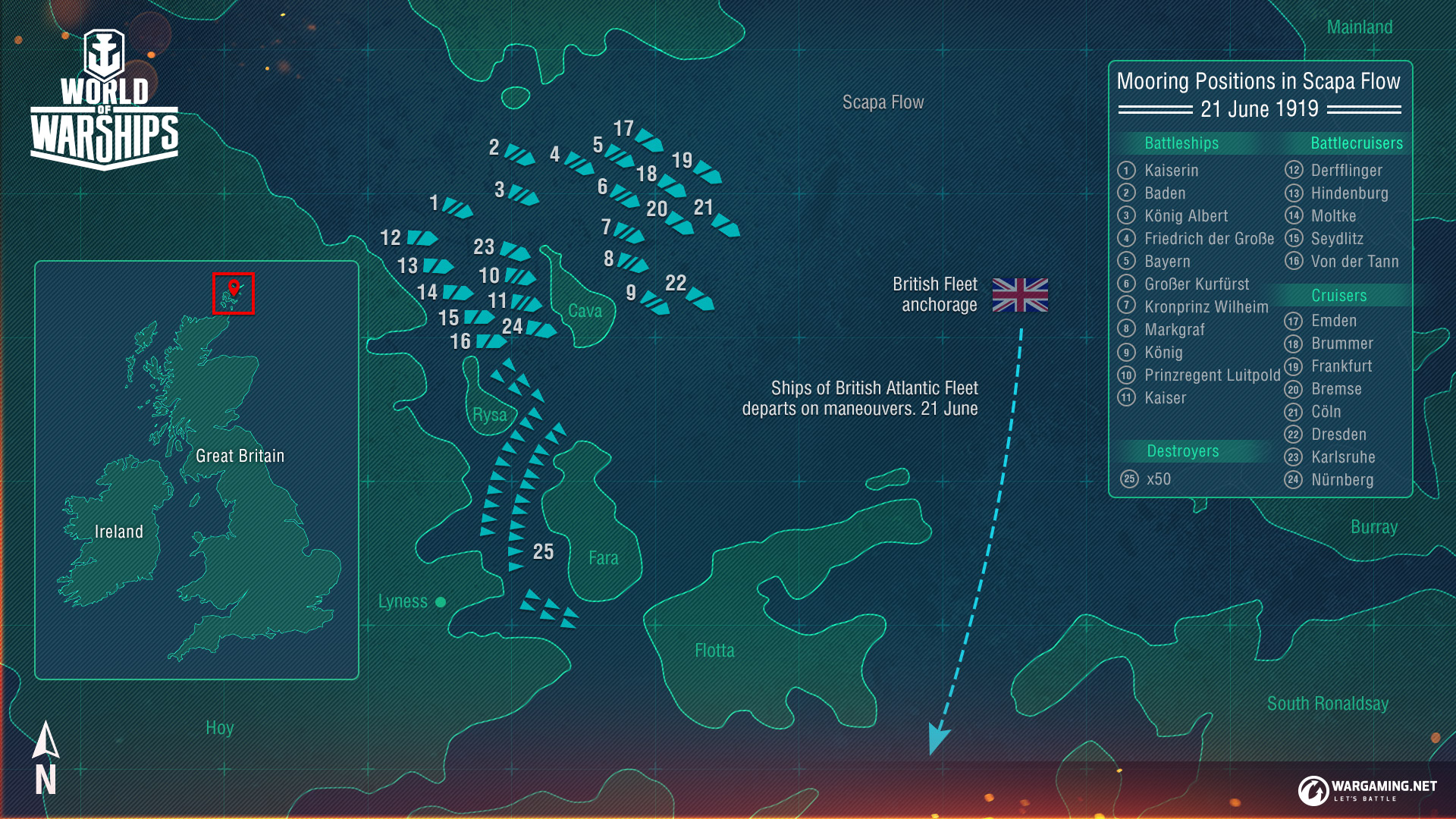 Also, a nice little event by Wargaming, looks like their approach is to have folks visit their website out of game and enter the event there at the article in order to earn the commemorative flag reward: 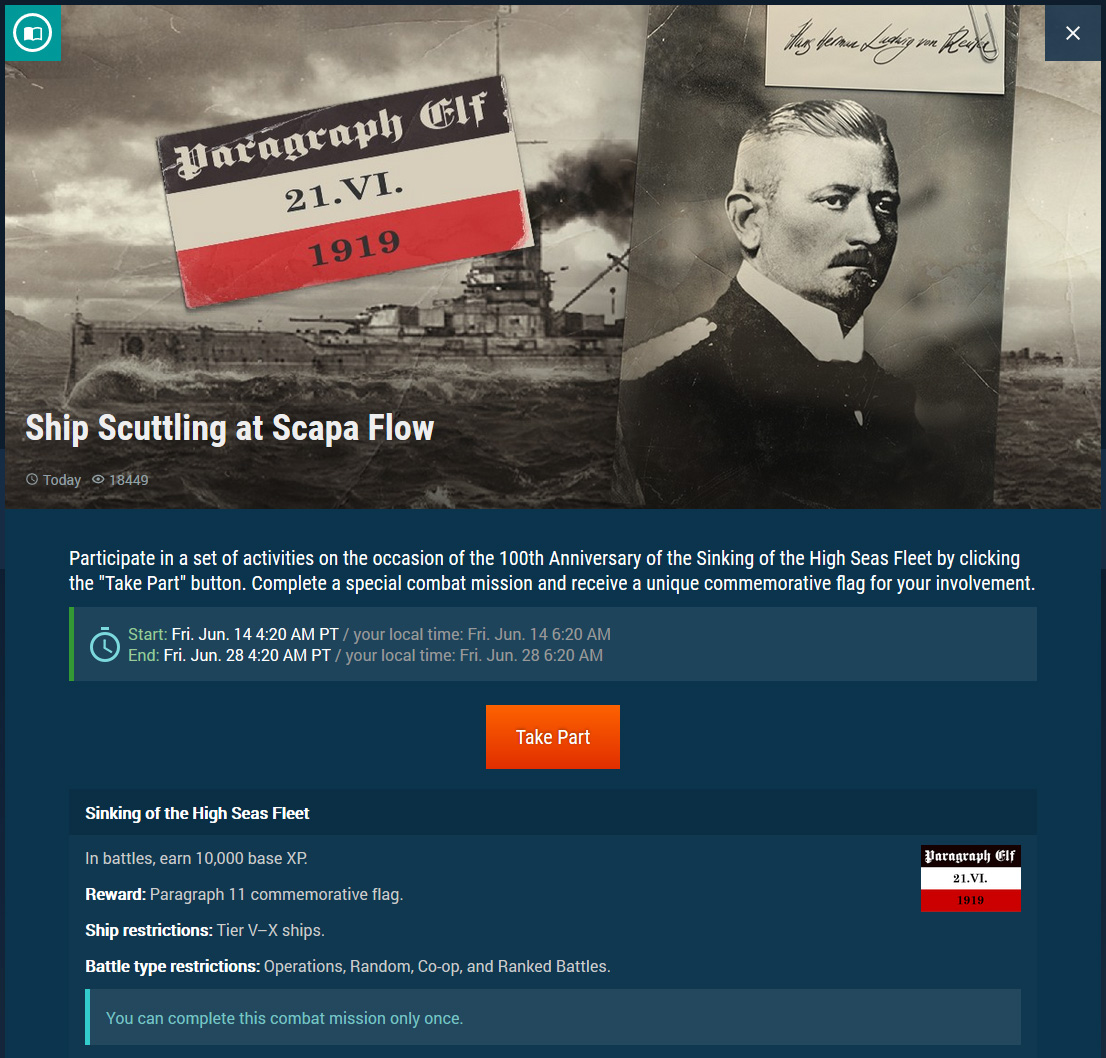