I think these might be the relevant lines from Line of Effect:

Visibility doesn’t matter for line of effect, nor do portcullises and other barriers that aren’t totally solid. If you’re unsure whether a barrier is solid enough, usually a 1-foot-square gap is enough to maintain a line of effect, though the GM makes the final call.

So I think the magic should not seep out beneath doors or chests but would seep out through a belt pouch or sack.

I think it would work more like a light. If I leave my office light on I can see it under the door from the hallway, but I cannot see it from the bedroom that shares a wall with it.

so if the magic item is in a pouch in the same room as me, yes detect magic would see it seeping from the opening of the pouch. If it is out in the open and the door is a normal wooden door then I would think that we would see it with detect magic like we see the green light around the door in the dungeon. If it was behind a stone door or a well made secret door then no more than likely we would not see light normally nor magic with detect magic.

basically replace the item with a light if we would see light then it would be detected imo.

Those explanations seem to make the most sense in a practical way of looking at it.

So there exists an elemental particle for the transmission of magical energies that exists characteristics similar to photons. Works for me.

Now that I/we are using Foundry, I took a look at that Isometric map/token system and unfortunately it only works (currently?) with older versions of the software.

elemental particle… what if it is an elemental wave? I mean we are comparing it to “light” after all. can we have detect magic interference patterns?

If/when I run my Curse of the Crimson Throne modified AP in the Forgotten Realms we’ll be able to describe the “Weave” as a prime material plane spanning quantum entanglement network of magions*! 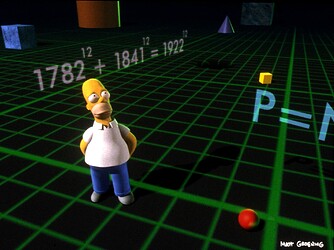 If/when I run my Curse of the Crimson Throne modified AP in the Forgotten Realms we’ll be able to describe the “Weave” as a prime material plane spanning quantum entanglement network of magions*!

I will be out of town and away from internet access on Sunday and thus unable to join the session.

Sorry for the late notice, all. I guess someone will need a prescription for Zanistra while I’m away

Hey all. Going to be absent this weekend and possibly next.

Reminder to myself… well, and everyone.

When applying damage, i.e. clicking the buttons from the chat window (full damage, half, double, healing, etc), if one holds down the SHIFT key and then click the button one gets the popup where they can modify the damage/healing before it gets applied.

I will not be able to play on July 3rd.

Reminder, we are off next week for Canada Day and July 4th. We’ll resume July 10th.