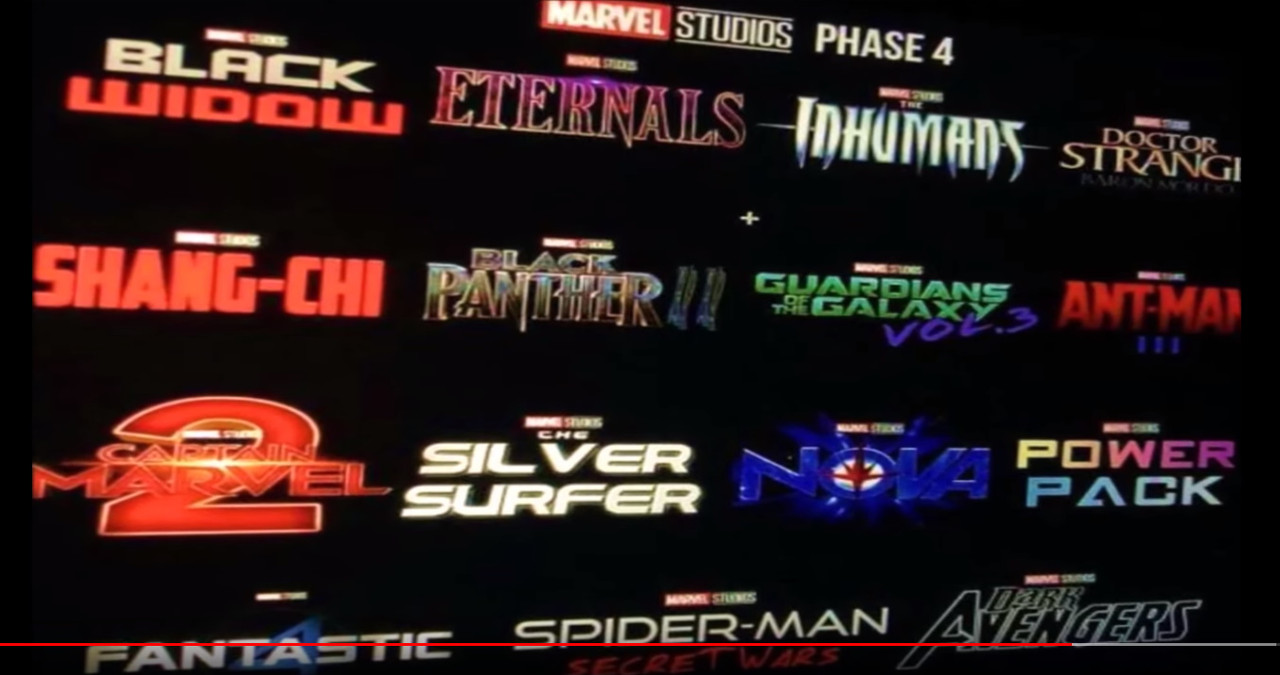 Thoughts anyone? I’m excited by the lineup, especially the start of Secret Wars with Spider Man 3. And it is confirmed this is the chronological release lineup. The Russo Bros also covered how the XMen will be merged into the MCU, but we will not see them until Late Phase 5 or Early Phase 6.

I’m looking forward to Fantastic 4 most of all. That franchise deserves a good movie after all these years.

The Russo Bros in interviews said we will not see the X-Men until Phase 5 or 6 (about 10-14yrs). The reason was two-fold: 1) Disney wants to put some distance between the Fox X-men universe and the X-Men appearing in the MCU & 2) The events of Infinity War and Endgame created the perfect way of introducing the XMen to the MCU.

Marvel was struggling with a way to introduce the X-Men in a way that logically explains “Where have they been the last 18 years.” Per the Russo’s, War/Endgame sets up that the reason you did not see the X-Men is they did not exist - yet. Per Marvel, its been shown that the Infinity Stones can create superpowers/mutations when people are exposed to them. X-Men lore has always said there was an unexplained “leap in the evolutionary process” that created the mutants on Earth. IW/EG gave Marvel that leap - 5 “Infinity Snaps” on Earth; the uses of the Gauntlet on Earth will begin causing mutations in children being born.

Since Infinity War happened in 2017 and hit the Earth with the 1st 2 snaps and then we have the time skip to 2023 in Endgame with 3 more snaps bathing the earth. Our first batch of mutant kiddies from 2017 are 6yo as of Endgame; they will not be X-Men (15yo in the original comics) age for another 9-10 years - hence Phase 5. As for older mutants like Magneto, Prof X and Wolverine, the Russo’s said the while not the snaps, 4 of the Infinity Stones have been on Earth at some point in the last 600 years thanks to the Asgardians screwing with Midgard. The Russo’s said Prof X and Magneto will have the easiest of explanations - WWII and the Nazi’s. We know the Nazi’s had the Tesserract and used it to experiment on people. Magneto was in one of the Nazi’s concentration caps in official Marvel canon during WWII and Prof X was a soldier in WWII and was part of the camp liberations (this is where Magneto and Prof X met up in Canon). The only one the Russo’s are still thinking about is Wolverine and which stone either he or his parents came in contact with.

I’m going to pass on Captain Marvel 2 as I can’t stand the actor. The first two Antmans sucked in my opinion so I’ll pass on that one as well.

I’m looking forwards to the rest. I don’t think I’ve ever heard of Shang-Chi though.

I don’t think I’ve ever heard of Shang-Chi though.

One of Marvel’s oldest characters. A master of every known form of Martial Arts and the ability to manipulate his chi to the point of resembling superpowers.